From exploding hoverboards to protein-enhanced beer, this year had its fair share of intriguing and notable tech stories in the news. Along with an increasing emphasis on entrepreneurial opportunities, students and staff at the University made their mark in the tech world. Here’s a look at this year’s top ten tech stories: 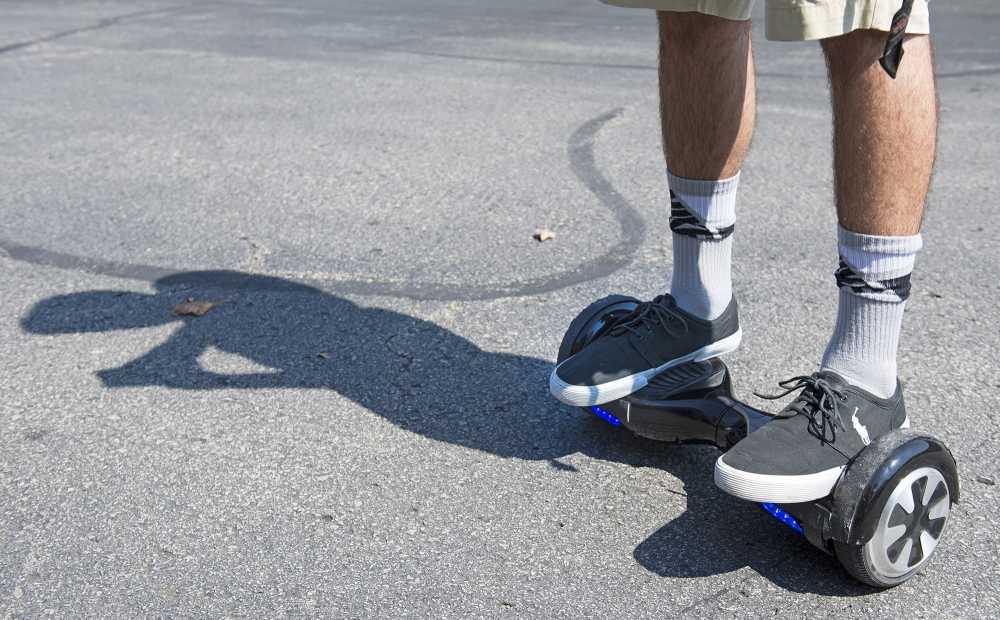 Hoverboards, motorized skateboards powered by a small engine, became a huge trend towards the end 2015. Pretty soon, these hoverboards made their way to campus. The problem: they were quite the fire hazard. Shortly after the big boom in hoverboard sales came reports of hoverboards exploding and catching on fire. Thus, fearing potential hazard to students, hoverboards were officially banned from campus starting Jan. 18. According to USA Today, the University isn’t alone in their cautious approach to the relatively new device, as over 30 universities also have a ban on hoverboards. While some students don’t see the harm in using these boards to get to class, the administration stands by their decision. 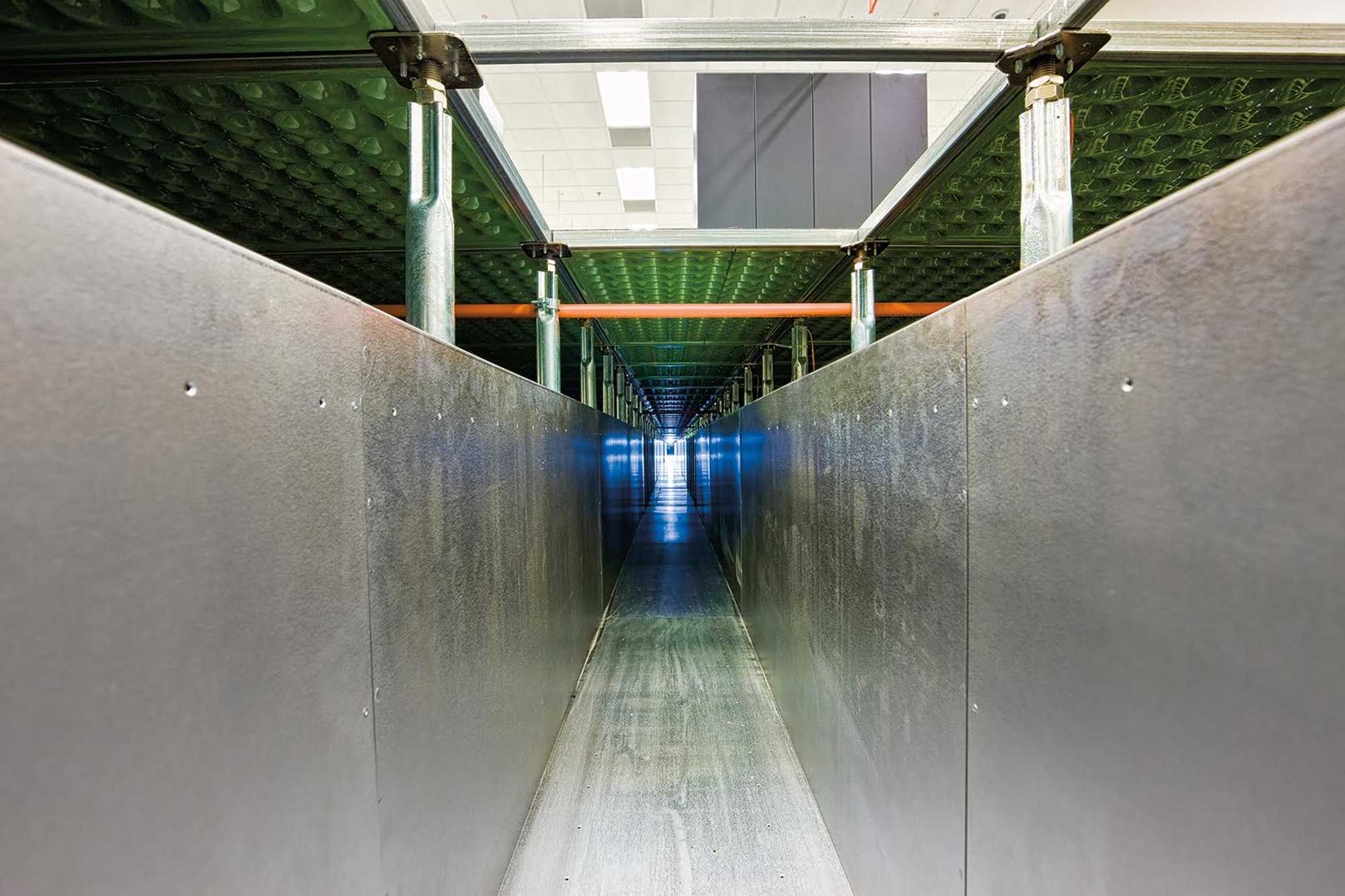 2016 marked the 30th anniversary of one of the University’s most well-known assets, the National Center for Supercomputing Applications, or NCSA. Since its opening in 1986, the NCSA has contributed to many technological advancements, including the invention of the first popular web browser, Mosaic. The 2013 addition of the Blue Waters supercomputer, one of the fastest and most powerful computers in the world, established the NCSA as an international hub for research. Although the NCSA has changed over the last 30 years and will continue to change in the future, it’s prominence at the University remains. 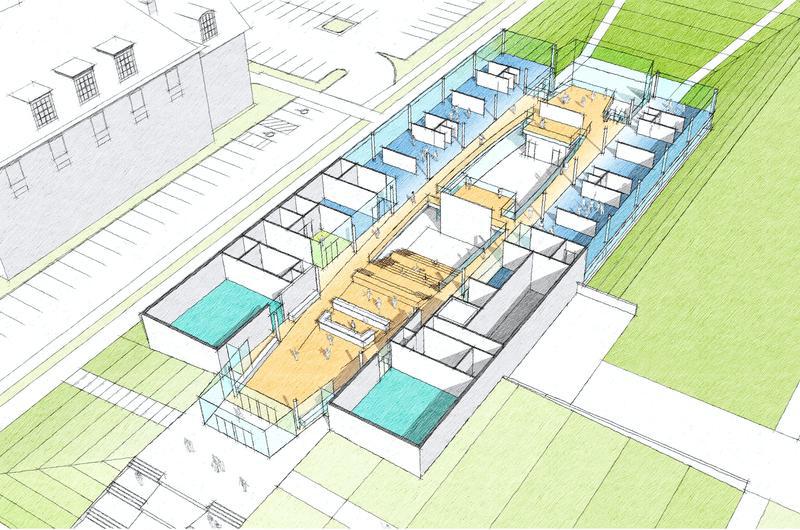 Photo by Office of the Provost
Preliminary conceptualization of the Design Center. 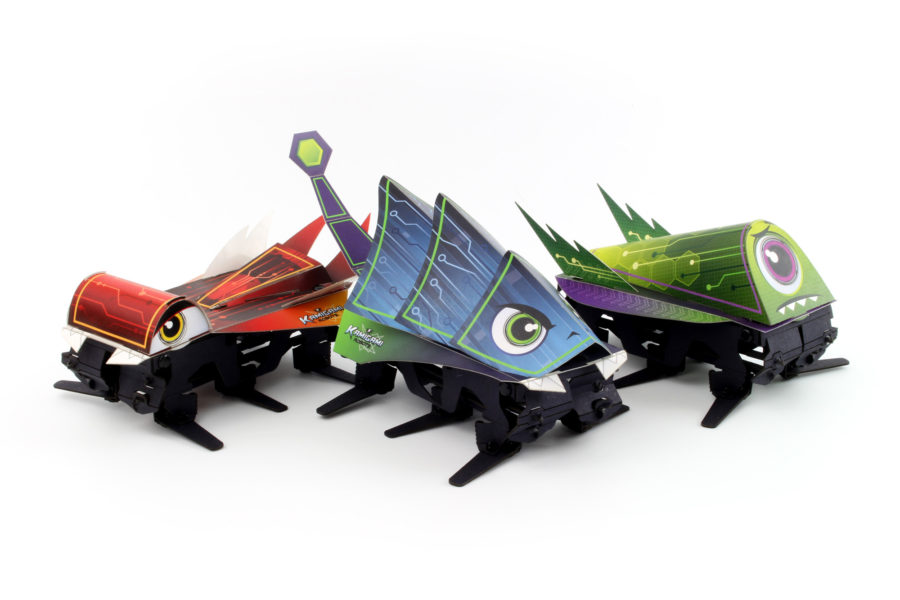 University alumnus Nick Cohut co-founded a tech company that developed buildable robots for kids. These bots, called Kamigami Robots, fold together from a 2-D sheet to form a 3-D robot, similar to origami. According to the creators, half the fun is building the robots yourself. Once the robots are built, users can connect the robots to their smartphones or tablets via Bluetooth, letting the fun continue with an interactive app that allows the user to control the robot. With countless possibilities, the creators said the goal is to provide users with open-ended creative play, allowing them to choose how to play.

While the University and Research Park both boasted a productive year, the state’s budget crisis remained a worrisome obstacle. Research Park Director Laura Frerichs gave a statement at the Illinois Coalition to Invest in Higher Education Champaign-Urbana Regional Press Conference Feb. 22, outlining the impact of the state budget on entrepreneurship and research at the University. She explained how budget cuts at the higher education level ultimately affect funding for research as well. While tenants at the park haven’t felt the pinch just yet, Frerichs maintained that a future without state funding would also impact the park’s future.

Capital One opened a 4,000 square-foot digital lab at Research Park this year. University alumnus Karen Peterson initially reached out to Research Park to establish a collaboration between the Fortune 500 company and her alma mater. The company was looking to hire students to work at their lab on campus, and also planned to work with faculty members and students in their efforts to take the brand in the direction of a more technology-based service provider.

The Illinois Student Senate (ISS) funded a a 3-D printer this year to help students with disabilities. The original proposal was drafted by Student Senate member Arielle Rausin, who saw the need for a 3-D printer for her wheelchair track teammates. The $1,200 printer was paid for by the ISS, and allowed the athletes to print racing gloves that were better than the ones they previously used. While the Division of Disability Resources and Educational Services initially planned to use the printer for racing gloves, they are also looking at ways to use the technology in students’ everyday lives.

This year marked the opening of Research Park’s 101st tenant, Corporate Executive Board (CEB), since it first opened in 1999. CEB opened their Data Innovations Lab at the park and has been recruiting students to work at the lab since last Fall. They currently employ several students part-time. The opening ceremony for the company was held at the Atkins Building on the Research Park campus and included opening remarks from Frerichs and others involved in the partnership between CEB and the University, including the Dean of Engineering Andreas Cangellaris and the Dean of Business Jeff Brown.

2013 University graduate Blake Konrardy developed Brewtein and Nutribeer, lower calorie versions of lager beer with 4 to 7 grams of protein. Konrardy came up with the idea because of his interests in fitness and enjoying a couple of beers with his friends on the weekends. He partnered with his college roommate, Dan Bruzdzinski, and together they started a Kickstarter page for their company. After raising over $30,000, they plan to produce and distribute the beer by partnering up with existing breweries. 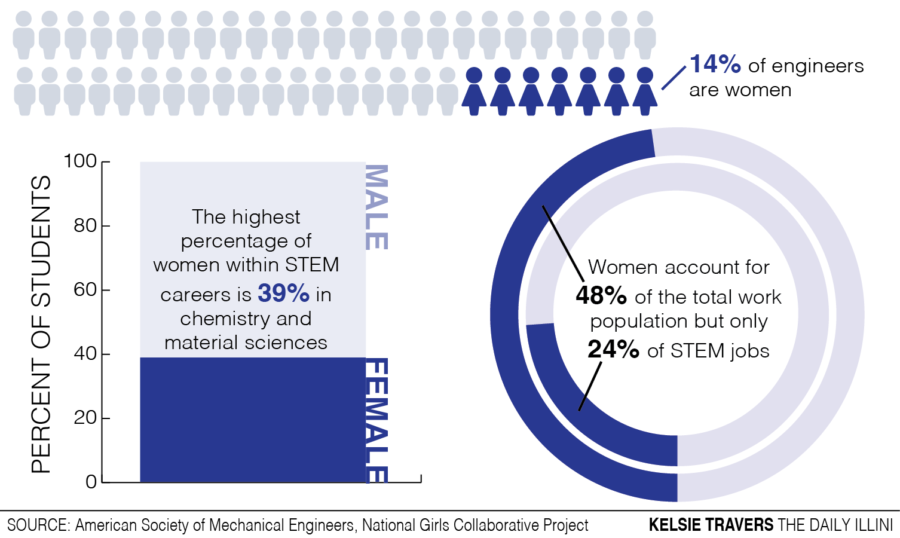 While engineering has often been thought of as a heavily male-dominated field, the University has recently progressed in its ratio of male to female students. Some students said part of why they think fewer women gravitate towards STEM jobs is because they don’t know what they truly are. Consequently, sometimes women in engineering face discrimination due to their small numbers. Aerospace engineering professor Victoria Coverstone, however, said the College of Engineering is now more diverse than it has ever been. Coverstone said, “When I went here, it was almost entirely Illinois students and a few out-of-state students. The way we’re moving is in a really positive direction.”