Phoenix Botanical, which opened at the beginning of May, may suffer due to lack of approved enrollment in the medical cannabis program. 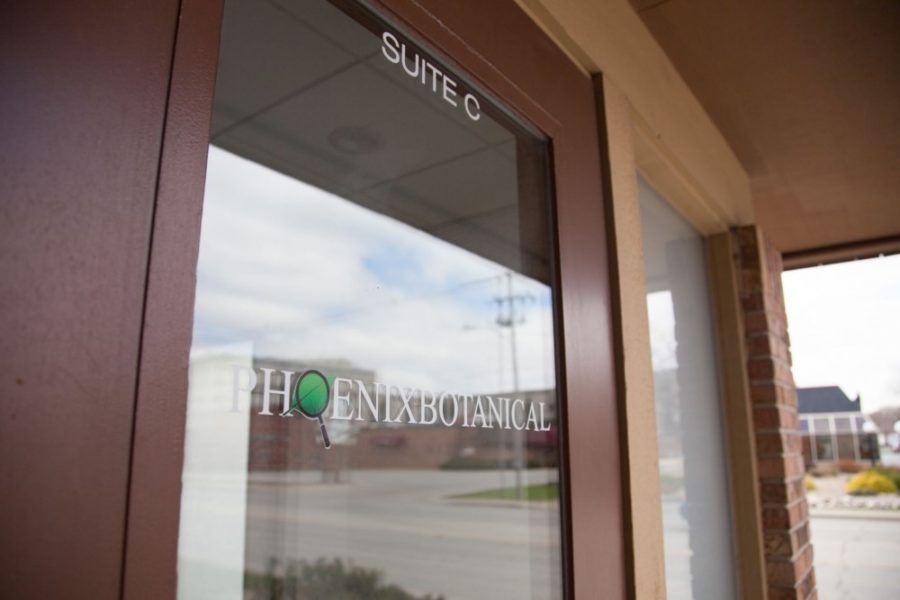 A new medical cannabis dispensary recently opened in Champaign. However, there is one thing they might be missing: patients.

While the new Illinois Medical Cannabis Pilot Program is in its third of a five-year run, only 4,000 people are approved for the program. However, 30,000 applications are in various levels of submission, according to the Illinois Department of Public Health’s most recent statement.

Because they can only sell cannabis to patients with recommendations, Phoenix Botanical faces a slim consumer market. However, manager Dan Linn is not concerned. He expects their location will attract customers.

“For us, it’s about providing the medicine to these individuals so that they don’t have to purchase that illegally or have to drive long distances to get them,” Linn said.

Thirty-seven dispensaries have opened since the Illinois Department of Financial and Professional Regulation started issuing licenses last August. Another dispensary, NuMed Rx, plans to open at 105 E. University Ave in Urbana. However, they have not received their state license. So, Linn and Phoenix Botanical expect to fill the void.

Cook attributes the low numbers to several uncontrollable factors. Because marijuana use is federally illegal, doctors are hesitant to recommend medical cannabis as a form of treatment, Cook said.

Illinois Medical Cannabis Pilot Program director Joseph Wright understands this frustration. But, he notes the program does not advocate to doctors.

“Obviously, it would be better if hospitals were open to it in terms of success of the program and a lot of people could get signed up,” Wright said. “But, ultimately each hospital has to make that decision on their own based on many factors, mostly the legal landscape they face.”

Eric Sweatt, co-founder of advocacy group Medical Cannabis Outreach, thinks debate over the legality is senseless. He noted that the 10th amendment allows states to individually regulate cannabis for medical use.

Sweatt blames “uneducated doctors” hesitant to override federal law for the pilot program’s struggles. Through Medical Cannabis Outreach, he informs local physicians and hospitals about the medical benefits of marijuana and local dispensaries, including Phoenix Botanical.

Dr. Leslie Mendoza Temple too directly addresses her fellow doctors about medical cannabis. Chair of the Illinois Medical Cannabis Advisory Board (IMCAB) for the Department of Public Health, Temple credits patients for leading the conversation.

“There is a lot of education that needs to happen, but the patients are driving this as well,” Temple said.

Temple routinely writes medical cannabis recommendations to both her everyday patients and those specifically seeking this form of treatment.

Mark Schultz, spokesman for Carle Hospital, does not think doctors should be pressured to prescribe cannabis. While Carle does not have an organizational medical cannabis policy, he credits physicians with knowledge about the topic.

“The decision to provide a medical cannabis certification is between a physician and patient,” Schultz wrote in an email.

The Carle Foundation Hospital and Physician Group in Urbana is one of several local medical centers Phoenix Botanical’s Linn plans reaching out to in the near future. He also hopes to work with the U of I disability and veteran affairs centers.

Aside from doctor’s resistance, the pilot program suffers from Governor Rauner’s repeated vetoing of additional qualifying medical conditions for cannabis use. Most recently, in January, Rauner vetoed eight recommendations by the IMCAB.

Temple is disappointed over the repeated vetoing. While understanding the limited research on medical cannabis, she is focused on the next round of conditions. The board met in May to compromise a third set of recommendations.

Typically, they vote on each condition submitted by the public to be a part of the recommendations. However, Temple proposed usurping the voting process for the previously vetoed conditions.

“Just pass without having to vote on it again and discuss it again, because it’s a waste of time, Temple said. “We already said, ‘Yes, we want to pass these on.’”

The Advisory board suggested their 10 previous recommendations as well as adding panic disorder and Type 1 diabetes.

Because of the vetoing, Sweatt does not think the pilot program will last under Rauner’s administration. He expects the program will end in 2018 after its five-year run because of low enrollment.

“If we were any other administration, we wouldn’t have these issues,” Sweatt said.