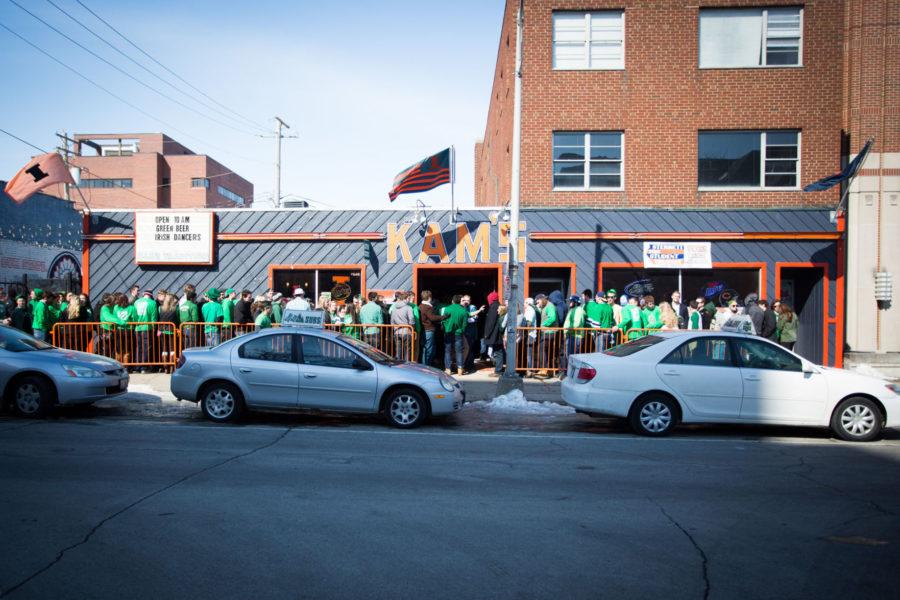 People crowd outside KAMS on the afternoon of Unofficial. Festivities start as early as 6 a.m. for some, who celebrate with a day of drinking at campus bars and parties.

The rankings came from the Princeton Review’s top party school list from their annual guide to choosing a school and preparing for college.

On the opposite end, Brigham Young University’s Provo campus was ranked most sober for the 19th year in a row.

The party school ranking results were based off surveys sent out to 143,000 students at 381 different colleges. The survey has 80 questions regarding the college’s academics, student body and life on campus. The results are ultimately reflective of student opinions rather than measurable evidence.