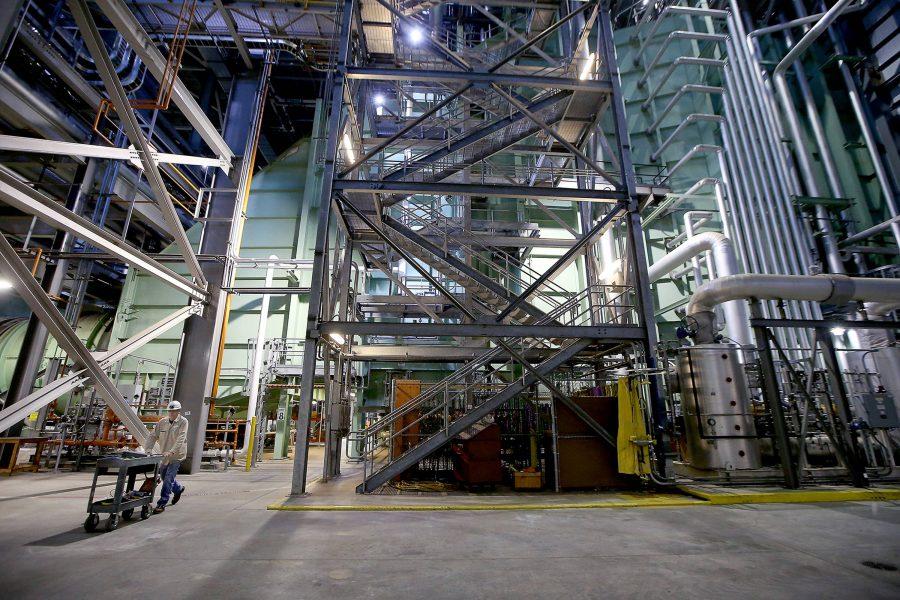 Electricity is something that people don’t typically pause to think about. But it influences what we do and how we carry out our everyday lives. It runs hospitals and schools. It refrigerates food and charges cell phones. Because of its importance, one University researcher is investigating what would happen if the United States’ electric power grid was attacked.

The Information Trust Institute won a $7.5 million National Science Foundation, or the NSF, grant called TCIP, which stands for the Trustworthy Cyber Infrastructure for Power. This grant is focused on cyber security and its infrastructure, and Yardley brought a different vision to help them advance the program.

“I brought in the notions of professional development and code tracking, and grew the lab from a couple of devices on a desk to what it is today, which is a multi-million-dollar facility,” Yardley said.

As the Information Trust Institute progressed through their work, they were refunded by the Department of Energy and the Department of Homeland Security. They were given an additional $18.1 million grant called TCIPG, the Trustworthy Cyber Infrastructure Power Grid.

This grant enabled them to put into practice what they had been developing and building. For the next step in the process, they needed to develop a test bed, a piece of equipment used for testing new machinery.

“In order for us to do research, we have to have devices that we can do the research on. We have to be able to mimic the electric power grid to some extent,” Yardley said. “And nothing like that really existed, so we had to build it from the ground up.”

An additional $28.1 million grant from CREDC, or the Cyber Resilient Energy Delivery Consortium, and donations from companies that “believe in the work” that Yardley and his team were doing, enabled them to broaden their goals. One such goal is that they want to develop technology so that it is accessible and applicable to all other energy delivery systems, such as energy gathered from gas and oil.

The team had been previously focusing on how to protect the electric power grid. When DARPA, short for the Defense Advanced Research Projects Agency, got involved with the team, they then started to work at answering the question of what happens after an attack on the grid.

DARPA created a program called RADICS, or Rapid Attack Detection, Isolation and Characterization Systems, that helps with the forensics of the investigation. The program focuses on developing early cyber-attack detection tools and ways to assess the damage done.

“DARPA is interested in early warning of impending attacks, situation awareness, network isolation and threat characterization in response to a widespread and persistent cyber-attack on the power grid and its dependent systems,” DARPA’s webpage on the program said.

Once those questions have been answered, the team needs to figure out how they’ll securely communicate with others that are or are not affected and work together to get the grid up as fast as possible.

That’s why it’s important that the team develops a test bed, Yardley said, so they can test out their technology and tools to avoid throwing the technology into the field without properly testing it.

“I don’t want to have tools that have never been tested, never been used, that we’re going to rely on to get our nation moving forward again and have power,” Yardley said. “(We) have to build and evolve a test bed environment that can support this program.”

Yardley said that they are focused on making their tools work correctly, efficiently and effectively in the field in the face of adversarial intent.

“Technology only allows us to do certain things, and we have to push that further. So this program is all about breaking through those barriers and pioneering even more techniques,” Yardley said. “I refer to it as a generational leap forward — If we accomplish everything that we set out to accomplish.”

Sullivan Peterson-Quinn, junior in Fine and Applied Arts, said he thinks that the electric power grid is one of the weaker sides of the country’s infrastructure, and supports the efforts of Yardley and his team.

“We’re entering a new era of cyber warfare,” Peterson-Quinn said. “There are new weapons that we ourselves are not prepared for.”

Yardley said that DARPA has tasked them with really difficult problems to solve. But if they are solved, it could really change the game. If they are successful, the work has a tremendous potential impact.

“The reason why we’re really building it in the end is so we can create something that is sustainable, something that can support research and can really advance science in this particular space,” Yardley said. “We want to help change the world.”