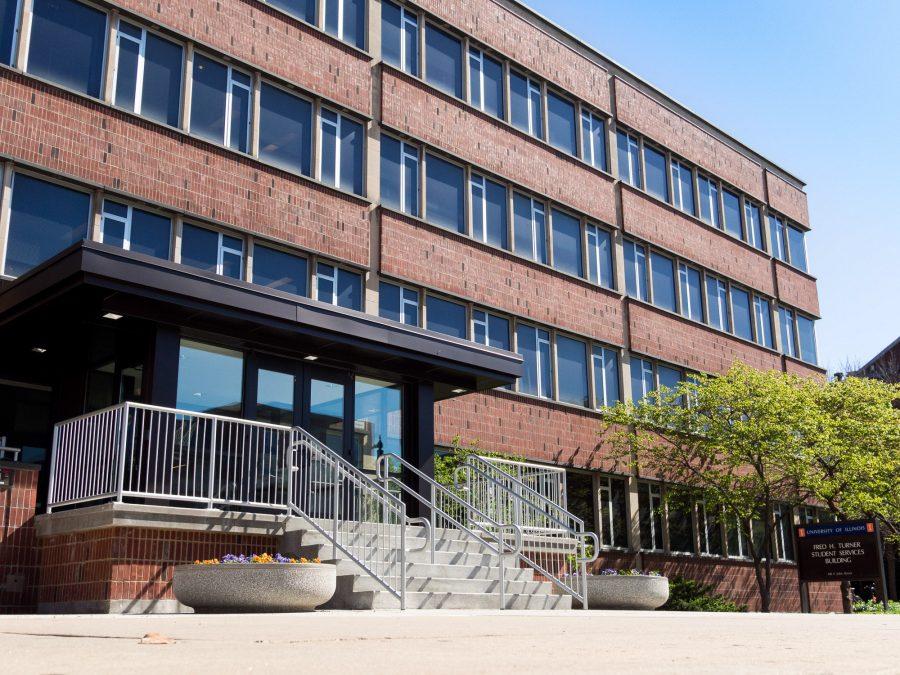 The front of the Fred H. Turner Student Services Building on John St. on May 3, 2016.

One in 10 college students has made a plan for suicide at some point. At the University alone, that means as many as 4,400 students have contemplated taking their own life.

But, in recent years, more students than ever are seeking solutions.

While new clinicians were hired over the summer, the center actually has one-and a-half clinicians less than in the spring.

“In all reality, we’ve done a lot of hiring over the summer, but we also lost a lot of clinicians during the spring,” she said. “It was just a really tough year last year in terms of response to emergencies on campus and I think clinician salary compression.”

McCowan believes this increase of students seeking counseling is a common occurrence across the country. According to her, the 22 percent increase in students is likely due to multiple factors, such as increasingly competitive academics as well as the popularization of resources the Counseling Center offers.

However, she said they’re still committed to hiring additional clinicians. The Counseling Center has also received additional space and is beginning renovations this year that will enable the center to hire another clinician.

“We’re still doing what we do and moving along. There’s no felt impact to the students that we’re able to see. We aren’t seeing fewer students,” she said. “Even if we can’t increase our clinicians, we try to make our services more responsive.”

McCowan does expect to see an increase in students seeking services from the Counseling Center this year as well. It’s been a consistent trend for universities across the country as well as at the University for the past five years.

The Counseling Center currently has 23 clinicians, four interns and six contracted staff. While the center is funded through the Student Health Fee each student pays annually, McCowan said they are relying more on their own capabilities due to the continued budget impasse.

She said the stop-gap funding from the state “wasn’t enough” to really bring back long-term services and resources, such as Rape Advocacy, Counseling and Education Services, within the community.

Instead, she said the Counseling Center aims to do more in terms of outreach and prevention efforts.

During the first full week of September, which is National Suicide Prevention Week, the Counseling Center has sponsored different events on recognizing signs of depression and suicidal thoughts. They’ve also hosted workshops and publicized Kognito, which is an online suicide prevention module.

“Suicide is a public health issue and we really want to make sure our campus community is educated,” McCowan said.

This year is the fourth year the Counseling Center has participated in National Suicide Prevention Week, but Deidre Weathersby, associate director of outreach and prevention, said the center continues to expand their efforts and target them to be more efficient.

“Suicide has been a national health issue for decades and it continues to be on our campus,” Weathersby said. “Because of social media and the way that we live nowadays, the impact may be even more devastating and dramatic because of the exposure and how public things can be.”

She said as a part of their expansion before the semester started, some of the Counseling Center staff trained resident advisors of campus dorms on what to do if they recognize a student in distress.

According to a study by Emory University, there are more than 1,000 suicides on college campuses across the country each year. Suicide is the third-leading cause of death among people aged 15 to 24.

Farah Chalisa, junior in LAS, told The Daily Illini last spring that she’s had experience with a suicide that took place near campus. She was on Green Street with some friends when police sirens and fire trucks began to wail. Chalisa and her friends then rushed outside, only to find out that someone had committed suicide.

The committee continues to work on projects like mandating Kognito. It also evaluates the limitations of the resources provided by the Counseling Center and McKinley Health Center. They’re additionally working with the administration to put the Crisis Hotline phone number, 217-359-4141, on the back of i-Cards for easier accessibility.

“There’s been a couple of suicides the past year and we really just want to make sure that we’re there for students and that everyone understands that there are resources,” Lewis said.

“Once people go through that suicidal stage, one of their main thoughts is that they’re alone,” he said. “So one thing that I’ve been trying to work on throughout the year is connecting students, making sure that they know that we’re here.”

Lewis said that during his sophomore year he felt isolated and knows what it’s like to feel alone. He admitted that while the state’s budget crisis might present problems, mental health is a priority. Other Big Ten schools have passed huge allocations for mental health services, so something similar would be possible at the University, he said.

“We just have to be smart about how we approach it,” Lewis said. “What we can do is make sure we’re not underfunded and that the Counseling Center does have resources when someone needs help.”

These issues regarding mental health are not restricted to suicide. According to the National Alliance on Mental Illness, nearly one in five adults in the United States suffer from a mental illness in a given year — that’s as many as 11,000 people on campus.

Chalisa herself said she witnessed many of her friends face depression during her freshmen year.

“The obvious thing to say to someone is, ‘Have you talked to the Counseling Center?’ So many people were either like, ‘I don’t know how to get in touch with them,’” she said. “Or ‘I have to wake up at seven in the morning, and I’m just not motivated.’”

According to the Counseling Center’s website, a student can make a same-day appointment by calling their phone number any time after 7:50 a.m. Monday through Friday. The Counseling Center also provides emergency consultations to students with urgent mental health concerns.

While students definitely have options to seek resources on campus, Chalisa said it isn’t always that easy for those struggling with mental health issues.

She said throughout her time at the University, she’s witnessed people who have tried to seek help but didn’t know how. She said they could’ve easily ended up taking drastic action.

Evan Zakman, former student, has personal experience with the aftermath of the suicide of a loved one.

“One of my closest friends from elementary school and middle school committed suicide my senior year,” he said.

“I got really worried about death for a while. It had a deep emotional impact on me. I’ve struggled with depression in my past,” he said. “It kind of made me think about how grateful I was to overcome most of my depression and have a bunch of friends that really care of me.”

However, the incident itself still haunts Zakman, he said.

“I do think about it a lot, especially because similar incidents happened afterwards on campus,” he said. “It’s obviously a huge problem in society and it seems to be getting worse.”