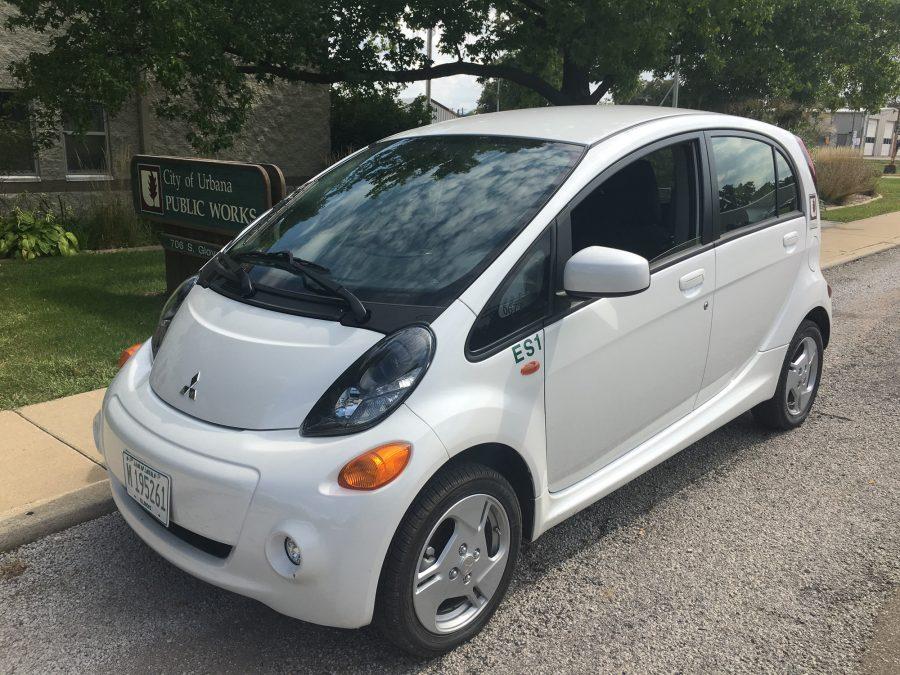 It’s just been one month since the City of Urbana purchased its first electric vehicle (EV); a 2016 Mitsubishi i-MiEV, for use in the City’s environmental sustainability division.

The Champaign Federation of Teachers will be picketing Tuesday after there was an authorization to strike vote on Sept. 7. They will first meet at Central High School and then march to the Mellon Administrative Center where bargaining will begin at 5 p.m.

The federation’s, Local 1925, Illinois Federation of Teachers, AFL-CIO, contract expired on June 30. It represents more than 800 teachers in the Champaign Unit 4 district. Contract bargaining began at the end of April. Tuesday’s bargaining session will be the ninth time the federation and district have met. It is the second time with a mediator present.

It has been a month since the City of Urbana bought its first electric vehicle, which replaced a pickup truck in the environmental sustainability division. The Mitsubishi i-MiEV has a range of 62 miles and lets out no tailpipe emissions. The new vehicle is not only eco-friendly but cost-effective as well. It saves the city more than $800 on fuel costs and eliminates about 5,250 pounds of carbon dioxide from the atmosphere annually.

“The EV provides a sustainable, eco-friendly, alternative form of transportation; and acts as an educational tool in the community,” Courtney Kwong, Urbana’s recycling coordinator, said in a press release. “It reduces our carbon footprint, making it a smart choice for a greener fleet.”

Lanes of Green Street between Prospect Avenue and Russell Street will be closed from 7:00 a.m. Tuesday until 4:00 p.m. Wednesday, Sept. 28. The Public Works Department is working to repair an asphalt street.

Residents in the area will have access to their driveways during the closure, yet travelers are encouraged to use alternate routes when possible.

The American Red Cross will be holding multiple blood donation opportunities on and around campus throughout the semester in an effort to restock its depleted supply. As of the second week of September, the Red Cross was more than 10,000 donations short of what it needs.