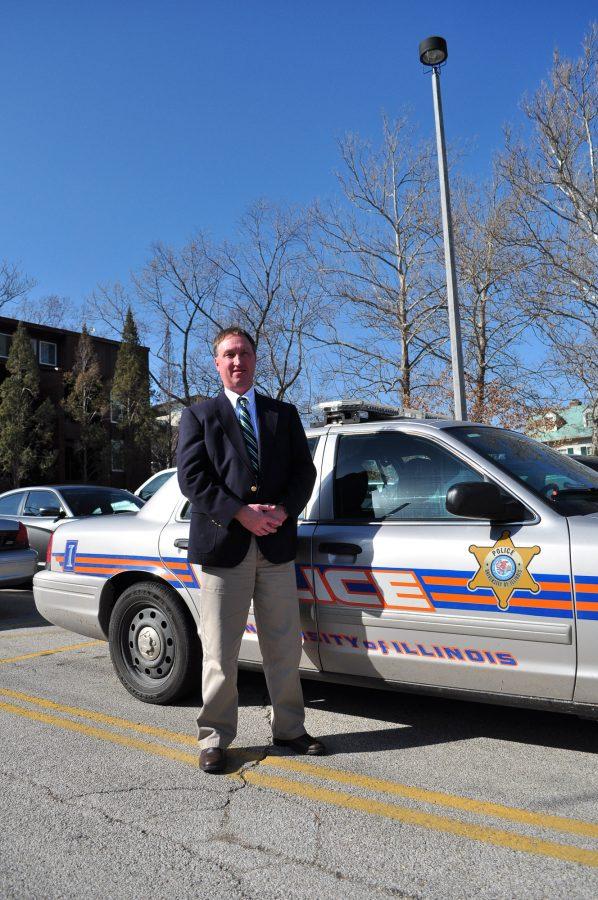 The University of Illinois Police Department hosted its second Ask Me Anything, also known as AMA, on Reddit Wednesday.

The department previously hosted an AMA on September 16 of last year. Chief of Police Jeff Christensen responded to questions from 2 to 4 p.m.

Christensen answered questions on the legality of recording police officers in action and the mental health of possible offenders during last year’s AMA.

This year, he addressed a flurry of questions ranging from general student safety, traffic violations, bike lanes and sexual assault.

Reddit user Evilcow867 asked what the most important thing students should do to stay safe on campus is.

“In an ideal world, students would involve us more when something has gone wrong,” said Christensen. “Our department has 65 officers on a campus of (over) 40,000. We tell people all the time that we can’t be everywhere, and we don’t see everything.”

He emphasized the importance of people reporting any suspicious activity or if they’ve been a victim of a crime. Even if they are unable to help at that moment, it may help the police spot a trend or pattern so that they can be there to stop the next occurrence.

“We don’t have any problem with students enjoying alcohol responsibly, but too much of it can cause problems,” said Christensen. “It’s not always cause-and-effect, but it sure seems like alcohol is at least associated with a lot of the injuries, traffic conflicts, fights and violent crime we see.”

Reddit user sachair3 asked about the repercussions of reported sexual assaults at Greek houses, specifically if houses in this situation face any temporary suspension of activities. While they assumed that the names of houses are not released for safety reasons, they wondered what measures are taken toward making sure people aren’t walking into an unsafe environment.

Christensen replied that there could potentially be sanctions for the house. He said that there are definite penalties for individual offenders that are handled through the Office of the Dean of Students and Fraternity and Sorority Affairs.

“We’re constantly reviewing the information we include in Campus Safety Notices, and that includes location information about where sexual assaults occurred,” said Christensen. “The main consideration is for the survivor. This is an email we’re sending out to 65,000 people, so we don’t want to give any clues as to who the survivor is.”

Another Reddit user, FishKazam, asked Christensen what the most challenging part of his job is as the police chief at the University.

“Every year we get a new group of young adults who are not familiar with our campus or our department. However, that’s also one of the great things about this job. I get to meet a lot of great new people every year.”