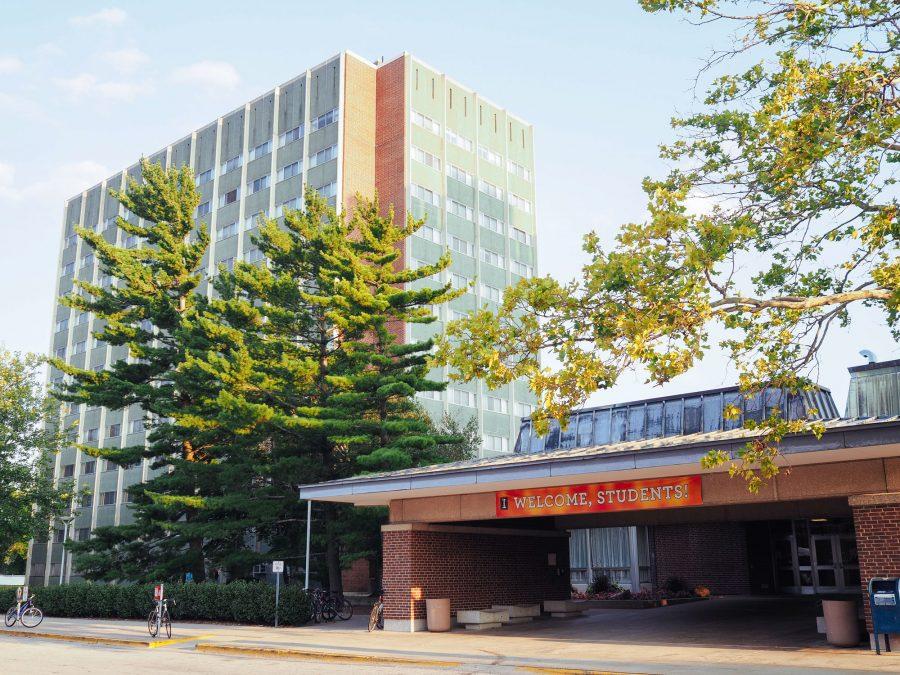 A campus safety notification was sent out Monday evening informing University students of a burglary that had taken place at Trelease Hall, 901 W. College Ct., around 2:00 p.m. that day.

Students of the residence hall entered by swiping their student IDs, and several unidentified offenders entered by following closely behind them. The offenders did not appear to be residents of Trelease Hall.

They subsequently entered several different students’ rooms, all of which were unattended and unlocked. They were able to steal a collection of various electronic items.

The faces of the offenders were captured on video security footage, and photos of the suspected offenders were released along with the safety notice.

“We are speaking with people who may have been witness to the crime or otherwise,” said Pat Wade, UIPD spokesman. “But we are still working on identifying the people in the photos.”

The UIPD also reminded students of the importance of locking and securing their personal belongings, and to lock the doors to their rooms of residence and vehicles as a means of everyday efforts to deter crime.

“I would ask that students really just take the extra steps to keep their property is [sic] safe,” said Wade. “To prevent theft is to lock doors and keep eye on property. Take those easy steps (students) can do to protect their property and prevent theft and burglary.”

Anyone with information is encouraged to call the University of Illinois Police Department, at 217-333-1216, or contact the Champaign County Crime Stoppers, at 217-373-8477.