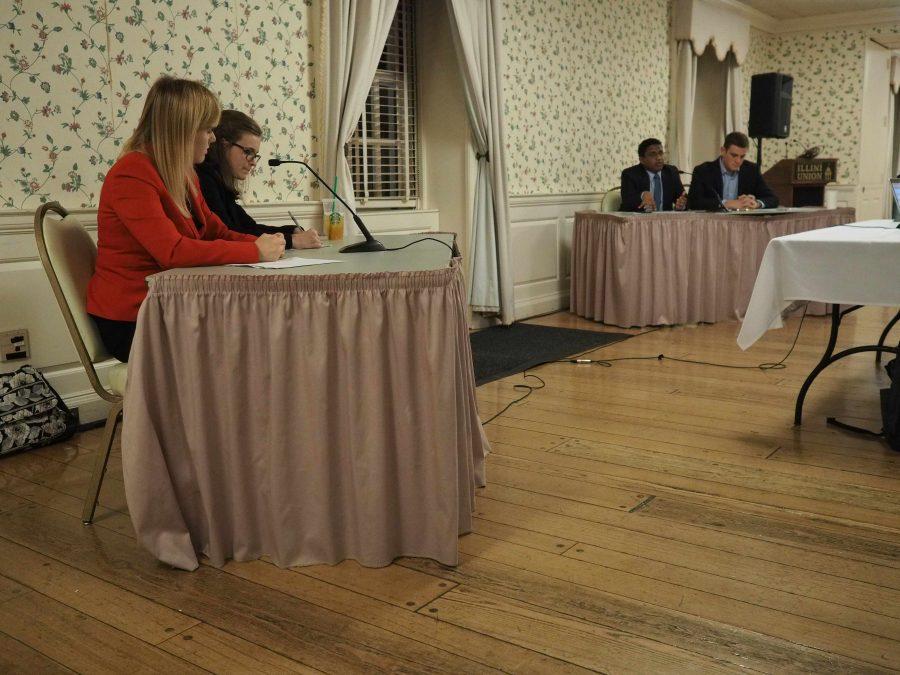 On Oct. 11 at 11:54 p.m., President of the Illini Republicans Chris Piper, junior in LAS, sent out an email to the entire club mailing list entitled “You Decide if I Step Down.” After reviewing the emails he received back, Piper resigned on Oct. 12. Acting President Stephanie Menezes has not announced her resignation, but the Illini Republicans announced on their Facebook page that they would hold new elections.

“My ego is not big enough to hold a leadership position in an organization whose membership no longer wants me to be a part of it,” he wrote in the email.

Earlier in the day, a petition circulated through the Illini Republicans requesting that Piper and Menezes, senior in MCB, step down. Piper left it to the club to let him know their opinions and grievances.

For the Fall 2016 semester, Piper holds position within the Illini Republicans. This semester, he is living in Marion, Illinois working for the Illinois House Republican Organization. Menezes was serving as the acting president in Piper’s absence and Piper was to regain his presidency in the spring semester.

“I am asking all of you to voice your opinions now by responding with a vote of approval or disapproval,” Piper said in the email. “I will step down and remove any affiliations I have with this group if I no longer am supported.”

The petition presented to Menezes and Piper was the result of tensions between the executive board and the pair since their election. The board was displeased that Piper held club funds in a private bank account outside the reach of the treasurer.

Matters escalated on Oct. 8,  when Piper made an official statement on the Illini Republicans’ Facebook page criticizing Trump’s lewd statements.

“Let’s not forget the fact that you have stashed our dues and funding in a private bank account with zero oversight — even by our treasurer! — which is also a violation of multiple sets of University codes, as well as lying to and deflecting questions about the setup,” Kelvin Ma, student in computer science, responded on Oct. 12 at 11:28 a.m.

“The fact that a self-proclaimed Republican would say anything negative about the Republican nomination in an election as critical as this one is mind boggling,” Dochoff wrote. “Do you even perceive the consequences if Hillary appoints the next Supreme Court judge?”

Some responded to continue their support for Piper.

“Chris we elected you because we believe in you even if we do not agree with all decisions,” Ryan Worthington wrote. “You were elected to make the tough choices and right or wrong I stand by my vote to elect you and the rest of the exec board. And to everyone else we need to stop dividing the party and work together otherwise we will have no chance of coming out whole on the other side.”