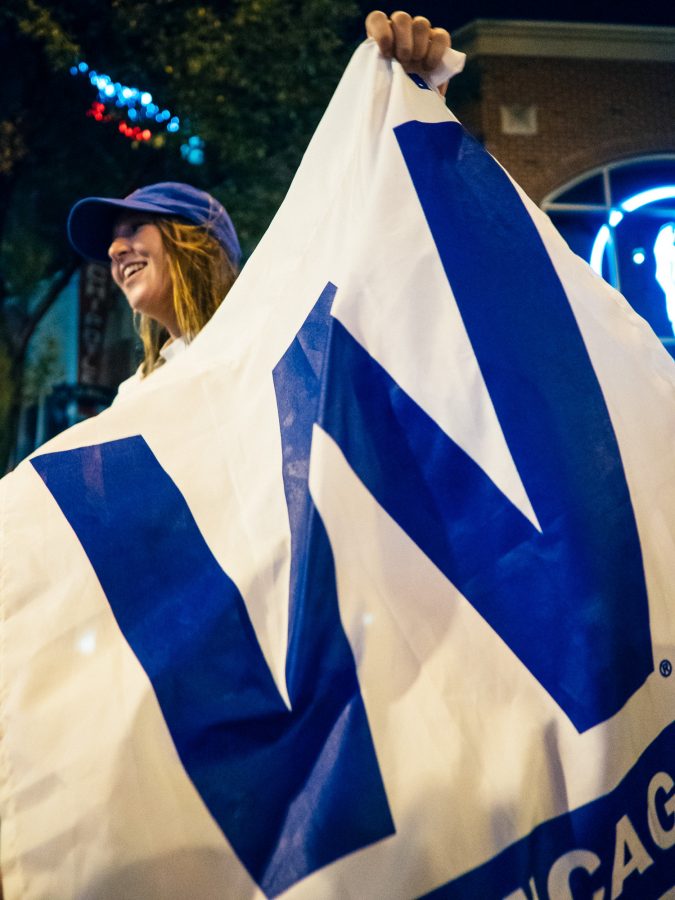 Students celebrate after the Cubs win Game 7 of the 2016 World Series against the Cleveland Indians on Wednesday on Green St.

Illinois will be in an official state of celebration tomorrow.

Governor Bruce Rauner has proclaimed Friday as “World Champion Chicago Cubs Day across Illinois in celebration of the Cubs’ historic World Series win over the Cleveland Indians,” according to a press release.

“I’m a North Sider. I was born a few blocks from Wrigley Field, and I remember watching the Cubs every summer on Channel 9. We have been through every emotion with this team,” Rauner said in the press release. “To see this historic win, to see the players lift the Commissioner’s Trophy, that’s a moment for all of us. This is a celebration for past and present fans along with all the Cubs’ legends who never gave up hope.”

“It’s not real. It’s a dream,” said Alexis Chavero, Cubs fan and senior in Media. “All this happiness on Green Street, this wasn’t supposed to happen. We were a joke for a long time.”

The campus has continued to celebrate with professors canceling classes and extending deadlines and students making impromptu trips to Wrigleyville.

Rauner said that “a true team effort all season led to the Cubs’ stunning and momentous World Series victory, and this achievement is proof of their commitment to baseball excellence.”

The day is meant to honor the Cubs breaking a 108-year losing streak as well as past Cubs players like Ron Santo, “Sweet-Swinging” Billy Williams, and “Mr. Cub” Ernie Banks, and other well-known figures like Harry Caray.

The proclamation comes after last night’s 8-7 win over the Cleveland Indians in Game 7 of the 2016 World Series. Rauner, a Chicago native, said that the Cubs winning the world series is “bigger than baseball.”

The language includes mention of the championship drought, the Cubs 2016 season and managing staff, their path to the title and mentions previous commentators and other Cub greats such as Ron Santo, Ernie Banks and Harry Caray.

“THEREFORE, I, Bruce Rauner, Governor of the State of Illinois, do hereby proclaim November 4, 2016, as WORLD CHAMPION CHICAGO CUBS DAY in Illinois in celebration of the Cubs’ historic World Series win, and join the City of Chicago and the rest of the State of Illinois in congratulating the Cubs on their remarkable championship season,” the end of the proclamation read.

Rauner spokeswoman Catherine Kelly said that the proclaimed day will only apply to this year.

Anthony Gorniak, a junior in the college of LAS, is unsure of the special attention with a proclamation.

“I don’t know how I feel about that. Personally I’m very happy the Cubs broke their 108 year streak, and as a Cubs fan I’m very happy they won, but I don’t think we need to make a special holiday out of it or anything like that,” Gorniak said. “I would sooner rather see voting day become a federal holiday or even a state holiday.”

Katrina Toman, a sophomore in the College of LAS, would rather see the Governor do other things.

“As a Cubs fan I think that’s great he declared that, but I really wish he would declare a budget instead,” Toman said.