Students protest Trump is ‘Not my president’ 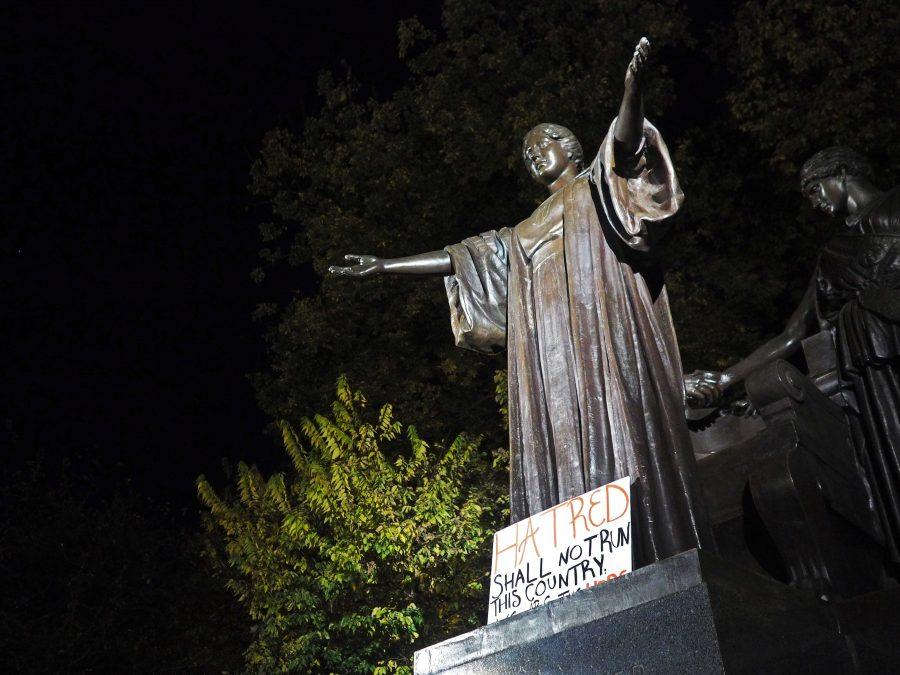 Students rally at Alma Mater to express dissatisfaction with the president elect on Wednesday night.

Depression drove Christina Hartley to an anti-Trump demonstration Wednesday night. She and her friend, Sisi, are both immigrants and women. Sisi did not want to give her last name for fear of repercussions.

Both women said after the the election Tuesday they feel very afraid about their ability to stay in the United States.

A crowd of about 75 people gathered by the Alma Mater at Wright and Green streets. They began by passing a megaphone and giving messages of varying tone. Some were scared. Some were terrified. Some tried to unify the group with positive messages. But most came in solidarity with one message to share.

Donald J. Trump is “not my president.”

“We can’t do anything about it but wanted to make a stand,” Hartley said.

Sisi is also a scientist and said she can’t believe the events of the election. It’s upsetting that Trump “doesn’t believe in Climate Change and scientific research.”

Another message the protesters wanted to show, “This is what democracy looks like.”

As the protest went on, they moved down Green Street, some people watching the march cheered while others jeered. Someone yelled “Go President Trump.”

One man even stuck his head out of Chipotle to yell “Build the Wall.”

Ashley Lafond said she attended the rally to take a stand.

“If we come together love can truly win,” she said. “ And what happened last night doesn’t have to affect our future.”