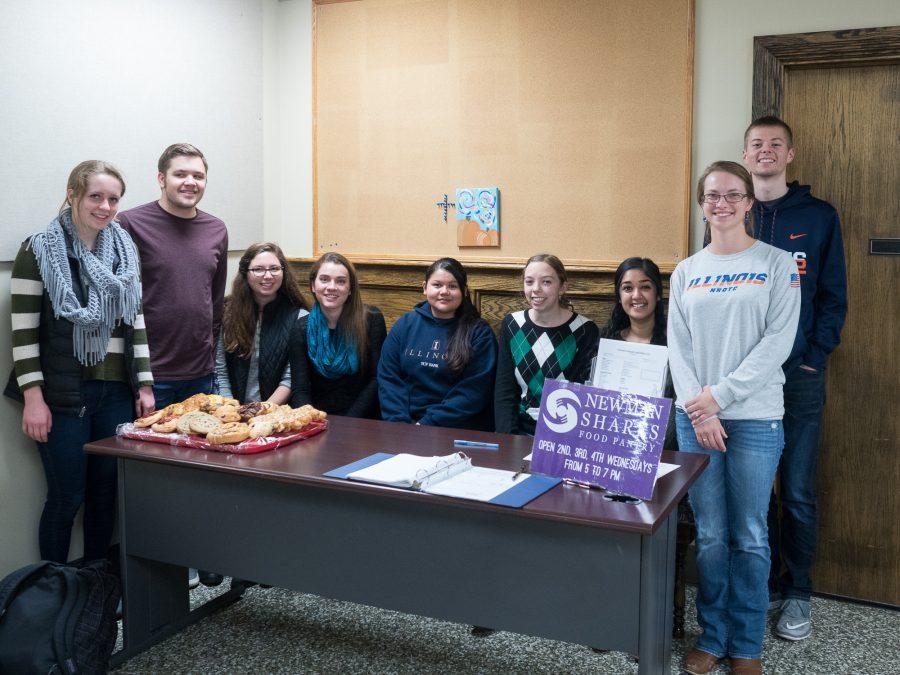 With rising tuition costs, some students are unable to afford food at the end of the semester, Operations Manager of Wesley Food Pantry Dawn Longfellow said.

To combat this issue, the RSO Illini Fighting Hunger teamed up with local Wesley Food Pantry in September during Hunger Action Month to provide homeless students with food.

“The cost of tuition is rising, the cost of everything is rising. We want to be there for students that do need (the food pantry),” Longfellow said.

Wesley Food Pantry began reserving the first Monday of each month from 3 p.m. to 5 p.m. specifically for students with an I-Card.

Longfellow said about 10 students have come each Monday. She thinks more students need the food, but don’t realize it’s available because it’s hard to publicize.

“Something we have been struggling with has been how to reach the right people because the people who need food aren’t, for example, easily accessible on a Facebook group over the internet,” Longfellow said. “And on top of that there’s a stigma about needing help to some extent so we want to be welcoming.”

Sam Okrent, Illini Fighting Hunger president and junior in engineering, said regardless of how many people come, he’s happy to help his peers.

“The impact is so tangible,” Okrent said. “It’s overwhelming and it’s great to see students coming in and taking food for a meal you know they wouldn’t have had otherwise.”

The need for these services aren’t exclusive to the University.

Malayzja Anderson, graduate student at the University of Illinois at Springfield and treasurer of UIS’s Rotaract Club, recognizes a growing population of homeless students whose meal plans run out toward the end of the semester.

The Rotaract Club, a public service organization, was inspired to open a food pantry specifically for students on their Springfield campus.

Anderson said putting their idea of a food pantry for students into action was chaotic.

“Among other things it was a lot of planning, setting dates, getting a space for it, and creating name that would stick,” Anderson said. “We didn’t want to include the words ‘food pantry’ because it might be considered taboo for students to come in and use this resource.”

UIS Cares debuted in October. Food donations from students were generous; the Rotaract Club was able to fill a bookshelf from floor to ceiling with food for students.

“We served 17 students, so if you can get 17 students to come to anything on this small campus, it’s an accomplishment,” Anderson said. “They cleared the shelves so we now know for sure there’s a need for what we’re doing.”

Anderson wants her campus’ successful start at combatting student hunger to be demonstrated at other universities as well.

“There’s nothing unique at UIS because every campus has students with food insecurities, so a food pantry on every campus would be the dream,” she said.