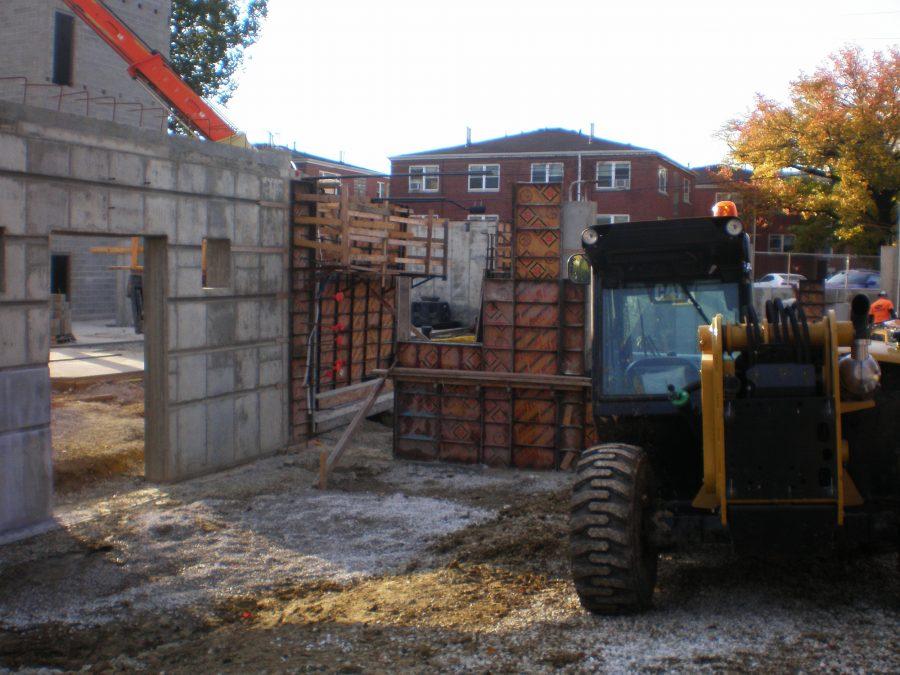 Since its founding in 1915, the Lambda Chi Alpha Fraternity has initiated over 2,000 brothers into the Chi Zeta Chapter at Illinois. Last year, the chapter celebrated its centennial at the University. Yet one main event stood out in the commemoration: The fraternity decided to rebuild its chapter house located at 209 E. Armory St.

With almost one hundred years worth of wear and tear, Kale said they decided to completely rebuild the house. In order to best aid the fraternity, the board needs predictability of expenses and the time window of the construction. However, that’s not possible with renovating an old house.

“There was so much that had to be repaired that to try and just do a restoration would be unpredictable on the charge and expenses,” Kale said. “You don’t know what problems are going to be behind a wall or under the floors.”

While many members certainly feel nostalgia for their original home, Alec Gladkowski, an active member of Lambda Chi Alpha, noted people are excited about the rebuild.

“The concept designs of the house and visible progress at the construction site have given active members something to look forward to during the year,” Gladkowski said.

While most of the active members will stay in the University Housing system during the construction, roughly 30 members out of the 80 total are staying in a house that used to be a sorority in Urbana to keep the chapter members together.

It’s something that Neil Singh, the president of the Chi Zeta Chapter and junior in Engineering, is adjusting to. He noted that the temporary living conditions are a little higher quality than they were in the old house.

“It is a little difficult living so far away from campus as opposed to our house,” Singh said in an email. “The construction gives us something to look forward to all year.”

The fraternity is receiving donations to fund the rebuild. Although the funding goal of $2,150,000 has not yet been completely met, the fraternity received donations and loans to cover the chapter house’s basic needs.

“There are some things that we’ll do later that don’t need to be done now,” Kale said. “The basics of what we want in the new house will be completed with the funds we have.”

Kale also mentioned that the progress made so far will hopefully appeal to alumni and entice more donations. More funding is always needed to add architectural details that can improve the living quality of the future members that will be moving into the chapter house starting next fall, he said.

For Gladkowski, the rebuilding of the house has an additional meaning. Not only does it offer a more spacious living environment, it also symbolizes moving on from their past mistakes and rebuilding for the future.

But the rebuilding is more than just the structure of the chapter house. Kale said they are increasing alumni mentoring. Graduates from certain majors or careers are partnered with undergraduate membership either in the same major or interested in that career.

“It keeps the alumni active in the chapter by talking to young students who are going through what they all went through,” Kale said.

The reconstruction process largely depends on the help of alumni. Many volunteered within their areas of expertise, including construction, architecture, finance and accounting.

“It’s just wonderful to see guys step up and willing to do that,” Kale said. “They devoted many hours, and it’s because of that it has been very successful. It’s nice to see true brotherhood.”