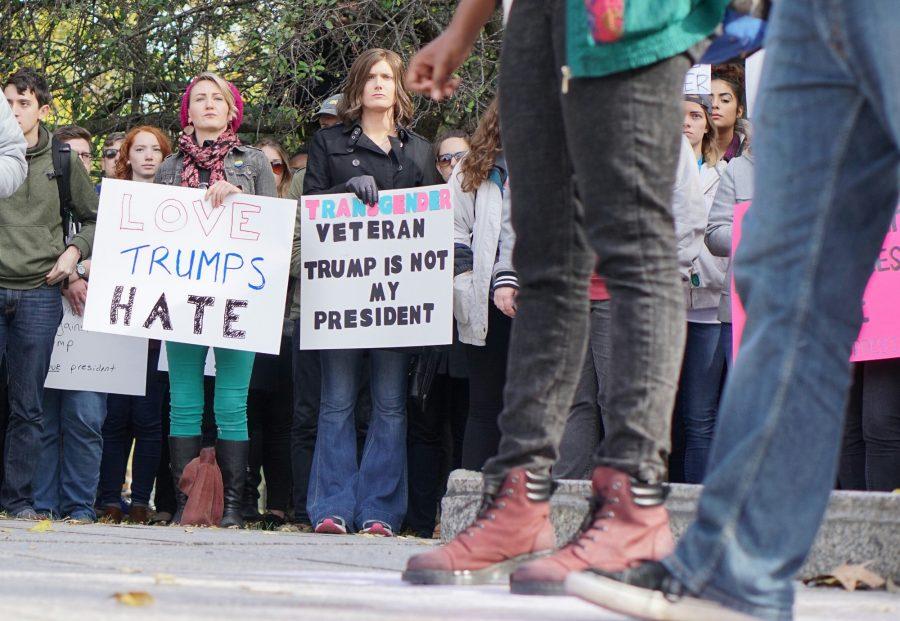 When the results of the U.S. presidential election became clear, Assistant Professor in Gender and Women’s Studies Toby Beauchamp started a GoFundMe page to assist members of the transgender community in changing their legal names and genders.

The effort has had a bigger reach than Beauchamp had ever anticipated.

“It was started as something to collect donations, but it went viral really fast,” Beauchamp said.

Initially, he released the page for friends to access. Since then, he has received over 100 requests from people of all ages, including his friends and strangers from both rural and urban areas.

In July of 2016, President Barack Obama issued an executive order to regulate locker and bathroom access by gender identity, not biological sex. However, a federal court in Texas has since blocked the order at the request of several states who did not wish to comply.

But a major push is required to help transgender individuals legally change their name to reflect their gender identity instead of their sex.

“One of the ways trans people get some measure of protection is by having their correct name and gender in their identification documents,” Beauchamp said.

Beauchamp believes that since the presidential administration is shifting, now is the time to act. He explained that this effort is not affiliated with his job: For him, advocating for transgender rights is a personal endeavor.

His GoFundMe page has attracted many people to the cause, including Associate Professor in the School of Information Sciences Carol Tilley. She said in a Facebook message that she donated to secure basic protection for transgender people.

“I fear that the small gains our country has made toward treating transgender persons fairly and equally both in law and society will fall away under the watch of our next president,” Tilley said.

This threat is personal for Tilley, who identifies as part of the LGBT community.

“I’m a lesbian, and I know how long it has taken me to be a ‘full’ legal citizen,” Tilley said. “While some of my rights may also be in jeopardy, those of my transgender friends are truly precarious.”

This program is attracting not only a wide range of donations but also a diverse group of requests on a first-come-first-serve basis. There are no requirements to prove financial need, and transgender status is not necessary to qualify for a donation.

Not everyone is fully on board with Beauchamp’s Go Fund Me page, though. Kylie Ashton, freshman in ACES, criticized the lack of security in the requests.

Ashton wants to know exactly where the money is going. She thinks people could easily falsify information.

“There are no background checks to see if people are lying or not — overall, there needs to be more security,” Ashton said.

But Beauchamp is not concerned. Because of the specific need addressed, he doesn’t worry about people scamming the system to get free money. He said someone who does not truly need the money wouldn’t go through this trouble to get it.

Overall, the success of the effort demonstrates a shift in awareness in the population, Beauchamp said. He noted the funding is a concrete way for people to help the transgender community.

“I think there is a greater awareness of the problems trans people are facing,” he said. “The big interest in this fundraiser is showing that the public is more aware — that this is a big issue for trans people.”