College of Business professor dies at 85 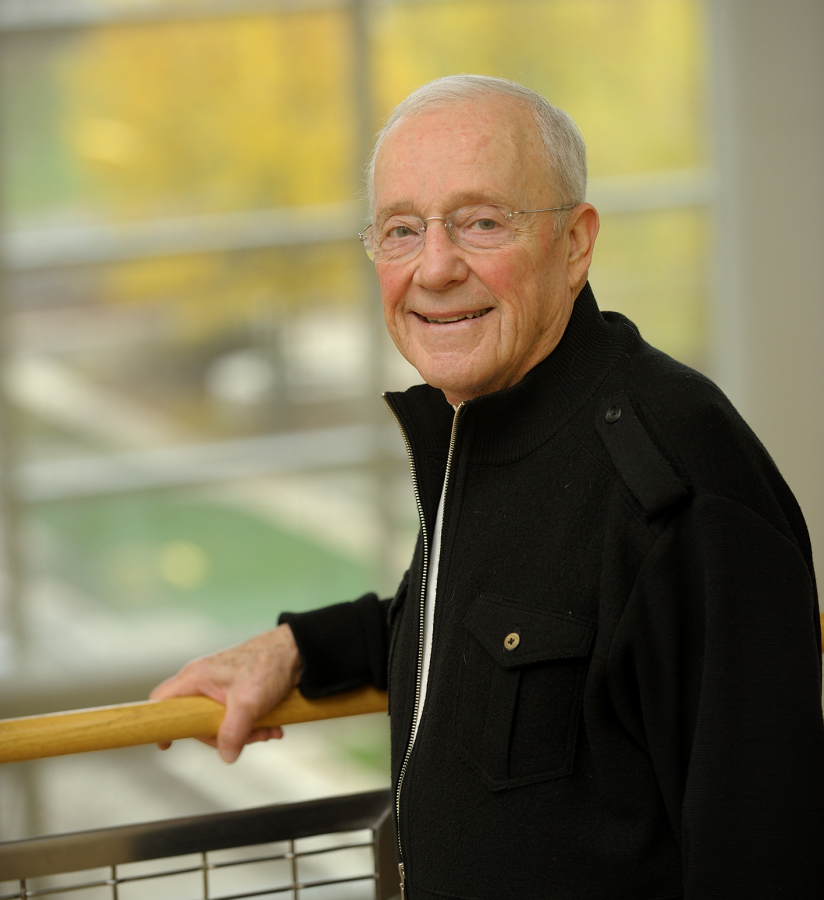 The University’s renowned College of Business professor, Dr. Paul Magelli Sr., died on Sunday evening due to heart problems. He was 85.

Magelli struggled with heart problems since he was in his forties. He witnessed his own twin brother, Peter, die of a heart attack while playing basketball at the age of 45. This made him discover that two arteries in his own heart were entirely blocked, which heavily affected his outlook on life.

“What I became aware of was I was a prisoner of this fear,” Magelli told the News-Gazette in 2011. “I was afraid to leave home, afraid to be away from my cardiologist, afraid to get on a plane.”

All was not lost for Magelli, however. He worked with his doctor to improve his health and lost 60 pounds through a combination of diet, exercise and medication.

This allowed him to begin physical activity once again. He began running and skiing, and set his sights on a new goal: climbing Mount Kilimanjaro, the highest mountain in Africa.

He and his son, Paul Jr., decided to work with the Mayo Clinic to use the climb to conduct research on Paul Sr.’s heart. Researchers at the Mayo Clinic would be able to use that data to study heart disease further.

“I didn’t summit that time, but I made up my mind that someday I’d go back,” Magelli told Big Ten Network in July.

Magelli hoped to return and complete the climb in August 2016 with a team of veteran climbers. But at a check-up before leaving, his doctors at the Mayo Clinic found another heart condition, which required surgery.

He was unable to complete the climb as a result. Had he been able to go, Magelli would have become the oldest person to climb the mountain at age 85.

Magelli had a massive impact on the University during his time here. He founded Illinois Business Consulting in 1996, the largest student-run management consulting organization in the country. He also served as a senior director at the College of Business.

“Paul’s impact on the College of Business and on the lives of all who knew him was immense,” College of Business Dean Jeffrey R. Brown said in a statement. “He was one of the kindest, warmest, and most loving people ever to walk this earth. His intellect, energy, enthusiasm, and selflessness made him a truly special and gifted leader, scholar, mentor, and friend.”

Before his death, Magelli said that everything he experienced taught him a valuable lesson about life. He encouraged others to not take the future for granted.

“At my age, I realize that tomorrow’s promised (to) no one,” Magelli told Big Ten Network. “So many people are waiting for tomorrow to get here. But I believe you should focus on today. Make sure you live it to the fullest.”