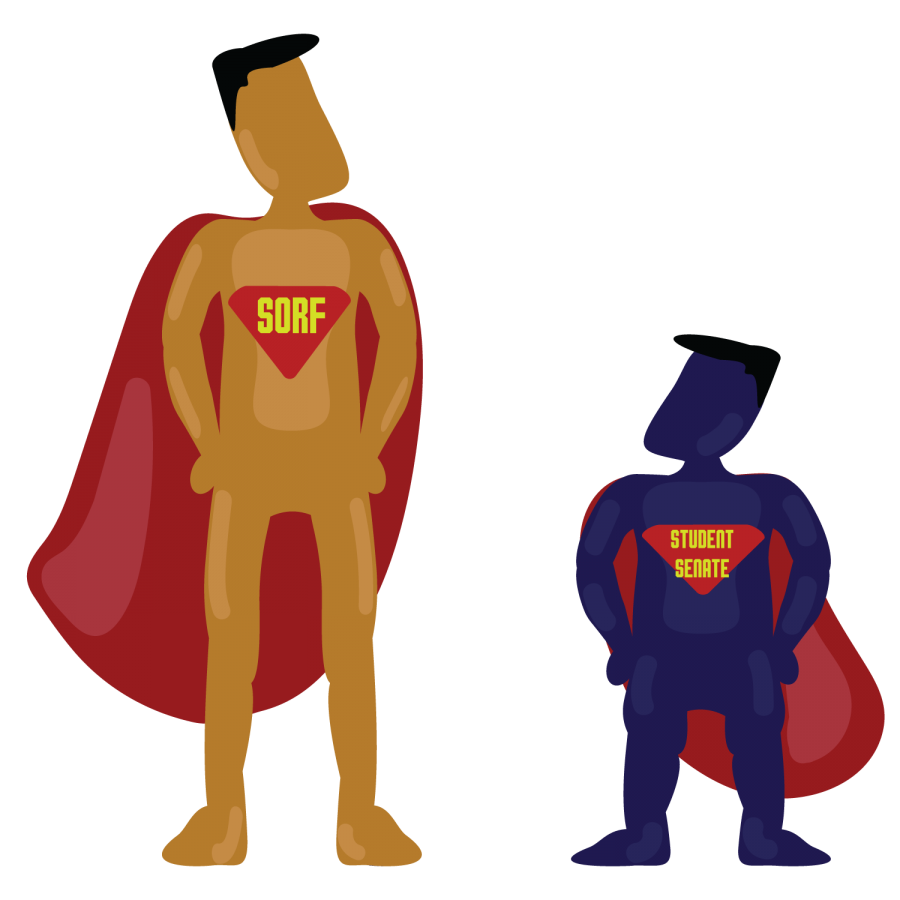 Most Big Ten universities give their student government the task of allocating RSO funds collected from the student body. But at the University, a separate entity is in charge of assigning the tens of thousands of dollars every year.

The Student Organization Resource Fee, or SORF, Board is given the responsibility of allocating the monetary resources generated by the resource fee to support RSO programs and activities. So far this year, the board has allocated $148,705.85, according to their website.

In terms of funding, the Illinois Student Senate is given approximately $40,000 a year, while the SORF Board is given $5.50 from every student’s tuition, approximately $242,000.

While other schools around the country give their student government RSO funding oversight, the University gives those responsibilities to a smaller organization.

SORF Board proposes the funding to the vice chancellor for student affairs for final approval. However, other schools around the country likely don’t have any system similar to SORF Board.

“At other (Big Ten) universities, their governments distribute the money,” said Vice President External of Student Senate Alex Villanueva, senior in LAS. “I would like to say we’re the only ones with a system like ours.”

Villanueva said the student senate’s responsibility is to give students a voice rather than allocate funds for RSOs, like the student governments do on other Big Ten campuses. However, he sees SORF Board’s limited size as a great way to cut back on campus bureaucracy.

“Their sole job is to understand how much students are paying into fees, what organizations are making a difference on campus, what is going to be a good program or a good use of student money,” Villanueva said. “At the same time, I think if our student government were in charge of that, it would be worse. In SORF board, you have got to convince a dozen people; in student senate you have to convince half of 54.”

“What I do like about our system with the student senate having a smaller budget is we get to focus a little bit more on the broad scope of students at the University rather than just funding RSOs,” he said.

SORF Program Adviser Dementro Powell said the creation of SORF Board allows RSOs to be run independently from the University. He said other colleges use their student government or administration to allocate funds for RSOs, but under that system, those RSOs must represent the universities they are funded through.

By creating a third body, like SORF Board, students are given the freedom to run their RSOs with limited administrative interference.

Brianne Lang, chair of SORF Board and junior in Business, said it was surreal to realize how much money her organization is responsible for. SORF Board bylaws allows the organization to give clubs as much as $6,000.

In order to eliminate bias, SORF Board only judges fund allocations by how thoroughly the RSO filled out the application.

“Once you meet the rules, you’ve met the guidelines, you’ve done everything we’ve asked you to, you can get funded,” Lang said. “It doesn’t matter what RSO you are, you just have to meet the rules.”