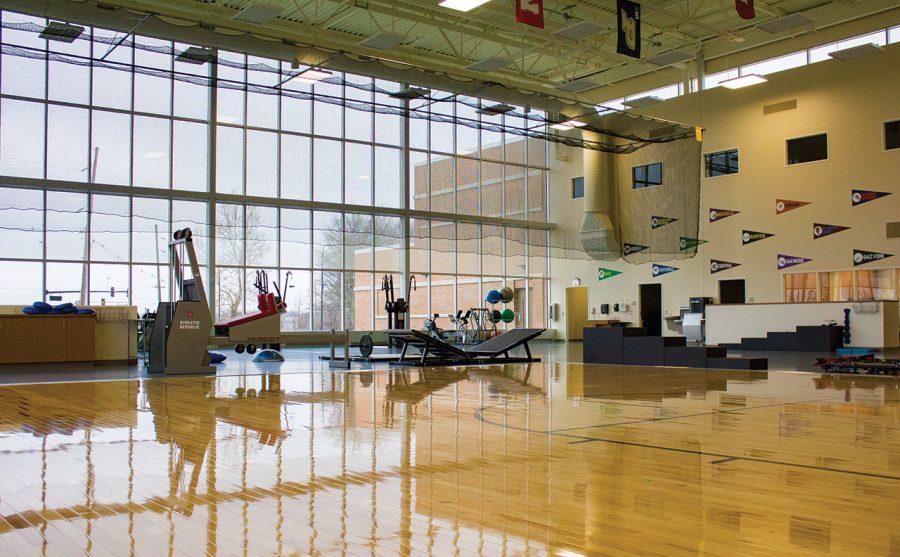 Carle opened an Orthopedics and Sports Medicine Building in Research Park on Monday. The building is located at 2300 S. First St. in Champaign, at the corner of First Street and Windsor Road and will serve student athletes and community members.

The director of sports medicine for Illinois athletics, Randy Ballard, said he plans for a student athlete injury every day.

“Between all the sports we have practicing, it’s almost a 365 day job in terms of injuries and illness,” he said.

In the past, Ballard would have transported his injured athletes to one of two Carle Foundation Hospital facilities, a trip that was sometimes hindered by traffic. However, this should now be less of a problem.

Carle began operations in its new Orthopedics and Sports Medicine Building in Research Park on Monday. The building is located at the corner of First Street and Windsor Road.

“In terms of location, in terms of availability of location, as well as having a centralized place, it’ll make things much more efficient for our sports medicine staff and our student athletes,” Ballard said.

The building was first approved in April 2015 in order to accommodate for a demand in specialized orthopedic care.

Previously, sports injuries were brought to either one of Carle’s locations on Mattis Avenue or Anthony Drive, according to Kristi Hanks-Shook, nurse manager at Carle. But now, the centralized location allows her team stronger cohesion.

“I think the biggest thing I’ve seen is just the provider collaboration in working on building more continuity of care,” Hanks-Shook said. “By bringing all these people under one roof, we just get better provider cooperation. We improve our patient access and, overall, our patient satisfaction.”

Aside from offering physical therapy and emergency sports services, the Orthopedics and Sports Medicine Building will have free walk in-clinics for people in the community five days a week.

“If you have a sports injury … that is preventing you from being able to achieve your goal, you can come in and be assessed by a certified athletic trainer,” Supervisor of Athletic Training Services Brendan McHale said. “They will give you recommendations of either a home exercise program or a referral to see a physician if necessary.”

“Those are overseen by numerous athletic trainers as well, and that’s basically trying to get you to the next level, trying to improve your strength, power and speed depending on what your sport is,” McHale said.

“We are always looking for new ways to recruit, and that is something our administrative team is always looking to bring,” she said. “Exactly what that looks like, that is still in discussion.”

In the meantime, Hanks-Shook said she takes satisfaction in the work Carle has already done for Orthopedics and Sports Medicine.

“Last year, we touched the lives of 22,500 patients within our community, and I think that says volumes,” she said.