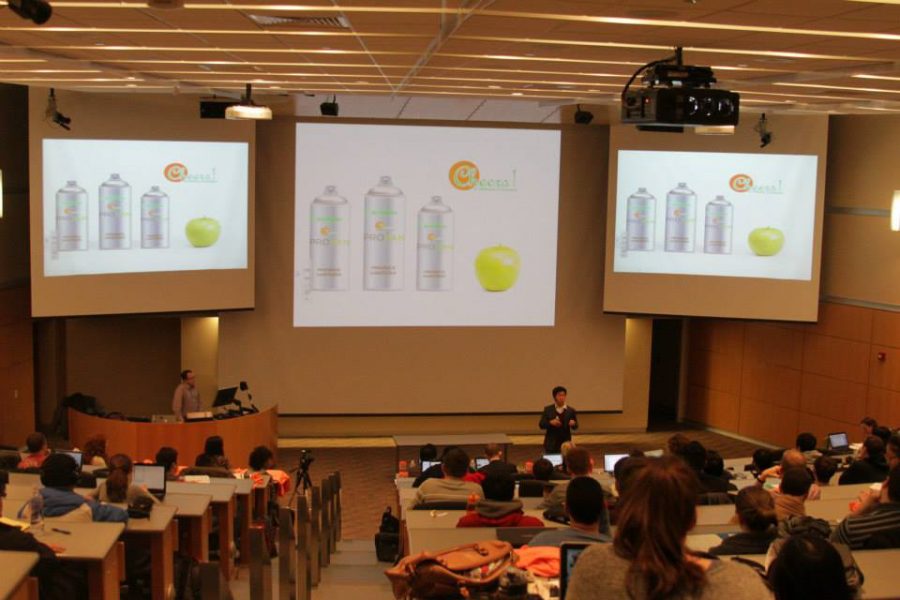 February marks the start of the annual Cozad New Venture Competition — a three-month-long startup competition hosted by the Technology Entrepreneur Center. The competition is designed to encourage entrepreneurship here on campus.

Cozad invites teams comprised of at least 30 percent University students to create a venture focused on any topic of their choice. In past years, engineering students primarily made up the competition pool.

An estimated 75 to 125 teams competing will have the opportunity to win close to $200,000 in cash and prizes toward funding their ventures.

“They get the cash prizes, the top three teams, but then any teams in the top 20 can qualify to receive any of the prizes,” Hipsher said.

Sponsors offer prizes specific to their areas of focus. AARP offers a $5,000 fund to support student ventures focusing on low-income senior citizens. According to the website, to qualify, teams must focus on either access to nutrition, safe and independent living, increasing income or social bonds.

Cozad has acted as a springboard for many University startups. The 2015 Cozad winner Thomas Reese, a University alumnus, considered the competition crucial for his company FlipWord.

“That changed a whole new chapter in what I’ve been doing since,” he said.

FlipWord is a web browser plug-in that translates key words on a page into a specified language. Reese said that the competition motivated him to work extra on FlipWord during his time in graduate school.

Hipsher said that all students participating are very passionate about their ventures and the competition.

“They all want to win,” Hipsher said.

Viktor Makarskyy, sophomore in Engineering and a 2017 competitor, said that he believes Cozad will help spread the word on Mayker, his team’s venture.

“Our launch date is going to be very soon before Cozad is done to show (to the judges) that we have the customers and people who are interested in (Mayker),” Makarskyy said.

Mayker is an app designed to connect entrepreneurs with each other. Makarskyy and two other teammates will represent Mayker again in this year’s competition.

The competition’s first elimination rounds are the Elevator Pitch Nights on Feb. 21 and 23, where the competition pool is cut in half. A single team member is summoned to share their business’ idea within two minutes, with 30-second intervals between each elevator pitch. Teams are judged solely on their oral presentation.

Hipsher said that 30 to 50 teams will remain after elevator pitches. Last year they had 45 pitches.

Throughout Cozad, both mandatory and optional workshops are organized to help the ventures. According to the Cozad website, the workshops cover such topics as idea validation, pitching skills and customer development.

“They go through those workshops to help them on their final materials,” Hipsher said.

On March 12, teams are required to submit a business model and slide show for their venture which will be judged online. Up to 20 teams will then move on to demonstrate and pitch the venture at the final round.

Judges comprised of potential investors, alumni and experienced entrepreneurs will go around and give teams feedback.

Lastly, the top six teams will be determined to present their ventures on stage at the grand prize finals round on April. 26.  Up to three team members are allowed to present on stage at one time, and after all teams have presented, the winners will be announced at the event soon afterward.