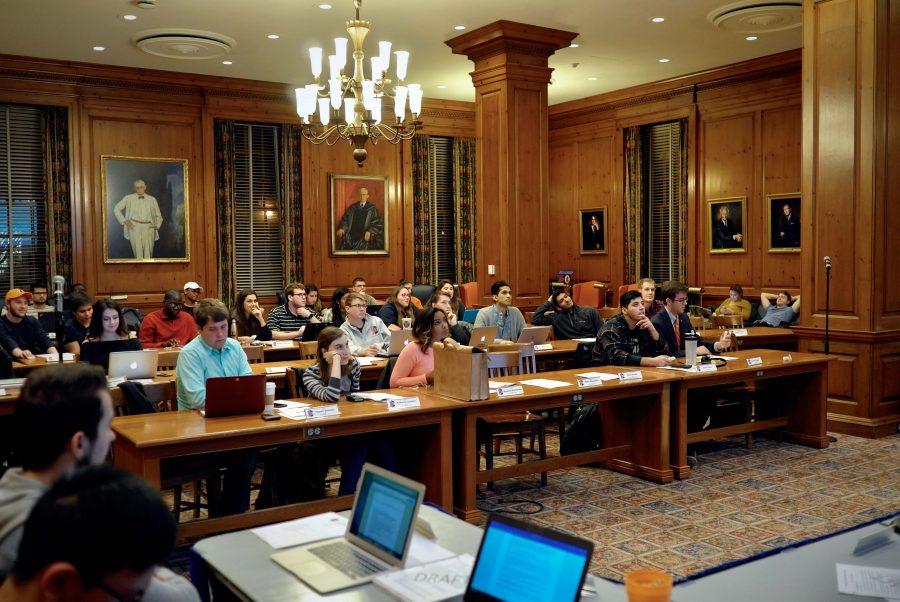 The Illinois Student Government held a meeting in the Pine Room of the Illini Union on Wednesday, Jan. 18th.

A few new majors and minors were proposed at the Academic Senate meeting Monday, including an undergraduate minor in journalism as well as one to modify the Arabic studies minor.

According to the journalism minor proposal, the College of Media expects the minor to be fully effective as of fall 2017 and to enroll around 30 students each year once the program begins.

“The Minor in Journalism allows a student to explore the role of journalism in a democracy and to assess how journalism is meeting its social responsibility to engage, enlighten and empower citizens. The minor equips students to participate in the ever-changing world of media delivery and consumption,” according to the proposal.

The proposal to modify the Arabic studies minor aims to revise the list of courses which count toward the minor.

These changes were all approved unanimously by the senators in attendance.