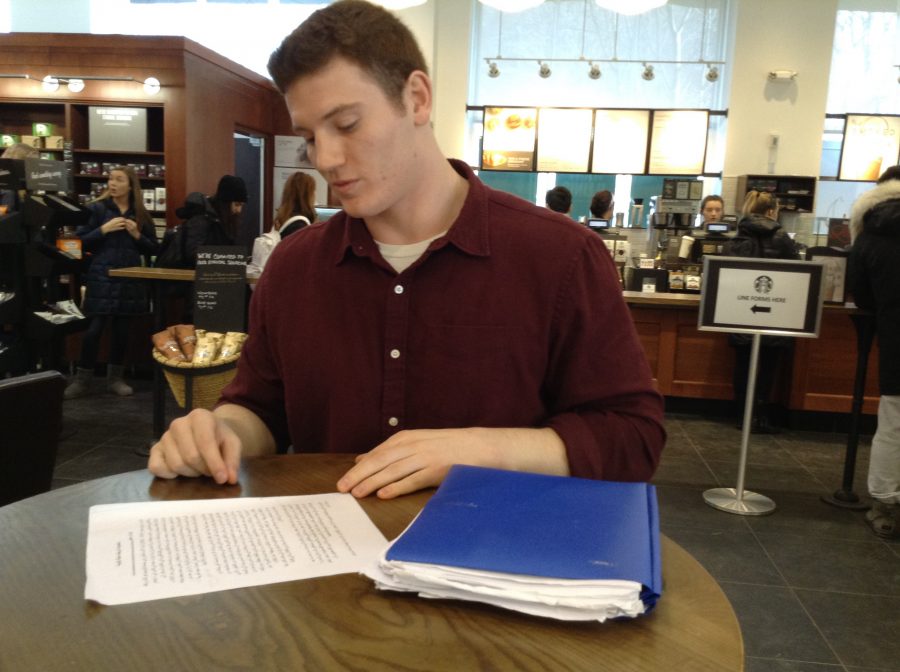 William Velez, a graduate student in Middle Eastern Studies, minored in Arabic Studies as an undergraduate student. The program has nearly tripled in size since 2010 and may continue to grow with changes to the requirements.

William Velez enrolled in an Arabic class the summer after his sophomore year. Having grown up speaking Spanish and English, he wanted to dabble in a new language.

He thought he would take the class and be done with it. However, it turned into much more.

Velez picked up an Arabic Studies minor to complement his political science and Spanish majors. He became fluent in the language and wants to work in the state department. Maybe even work at an embassy or become a diplomat in the Middle East.

“I fell in love with it,” said Velez, now a graduate student in Middle Eastern Studies. “It’s a really cool language. I stuck with it because I improved pretty quickly in it and it was still something that could set me apart from other people.”

The Arabic Studies program has nearly tripled in size since 2010. The program is still small, with 13 students enrolled this year. Administrators are hoping to attract even more students with changes to the program. 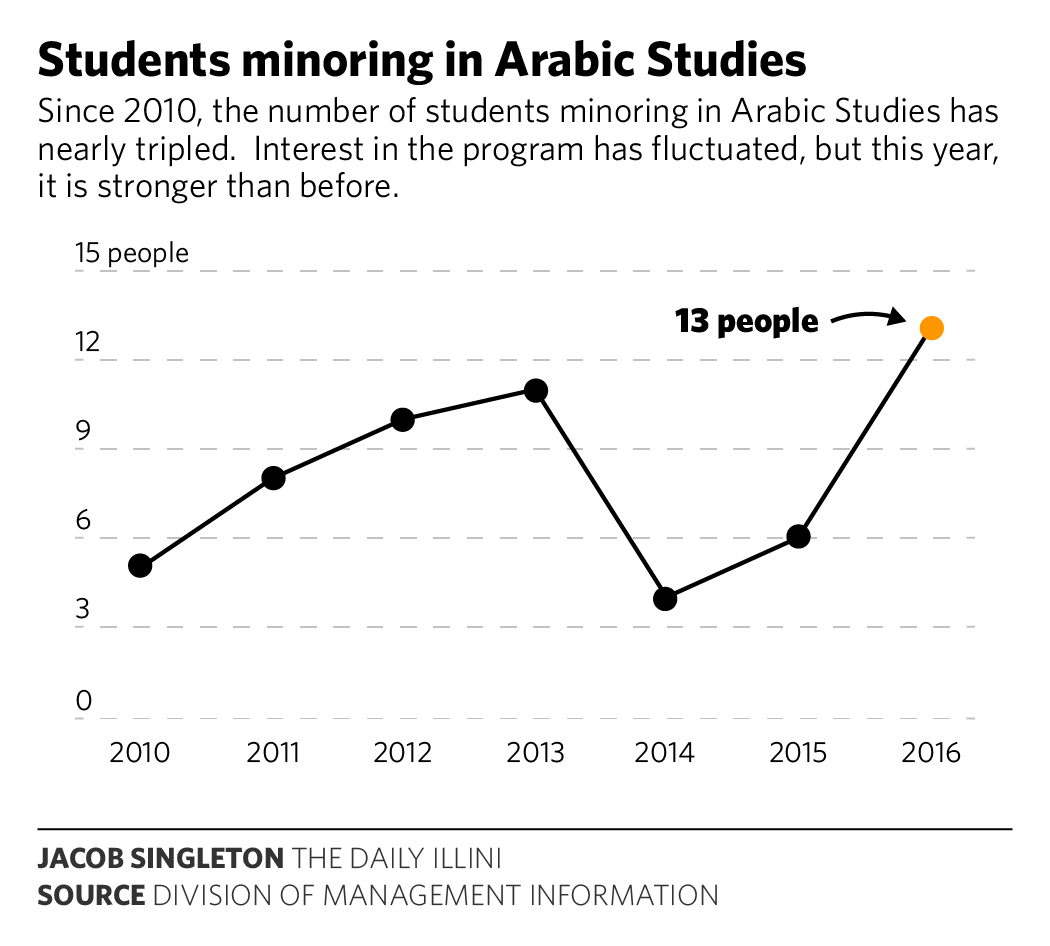 The Academic Senate approved a proposal to broad the minor’s required courses to include five more classes. One is an Arabic language class, two are history classes, and the other two are comparative world literature classes.

“The previous curriculum was more traditional, and that was not sufficient to meet our students’ needs and to teach them more in-depth about the region, the culture and of course language,” said Eman Saadah, director and coordinator of Arabic.

Velez signed up for an Arabic class because he was interested in languages. He stuck with it because he liked it and it could help him start a career in government.

Many students pick up the minor for the same reason Velez did. More students enrolled in the program in wake of events such as the Arab Spring, the Syrian Civil War and the Syrian refugee crisis, Saadah said.

Arabic is a less commonly taught language in the American education system than European languages such as Spanish, French and German. It is known for being difficult to learn because of the unique characters and sounds.

“(The increase) is heartwarming because I see there is more interest on the side of students to conduct research and learn a new language that has been stereotyped as being a difficult language to learn,” Saadah said.

Velez has been learning the language for two and a half years now. He can listen to the news in Arabic and understand almost everything.

He credits the Arabic studies program for encouraging him to read, to listen and to speak the language. He appreciates efforts to focus speaking the language, not just reading it. Velez thought the small class sizes helped him learn.

“When I was taking Spanish courses, it’s not anywhere like that because they have so many kids and it’s almost all written or you’re reading a lot,” Velez said. “You don’t get an opportunity to really work on speaking like the opportunity I got with Arabic.”