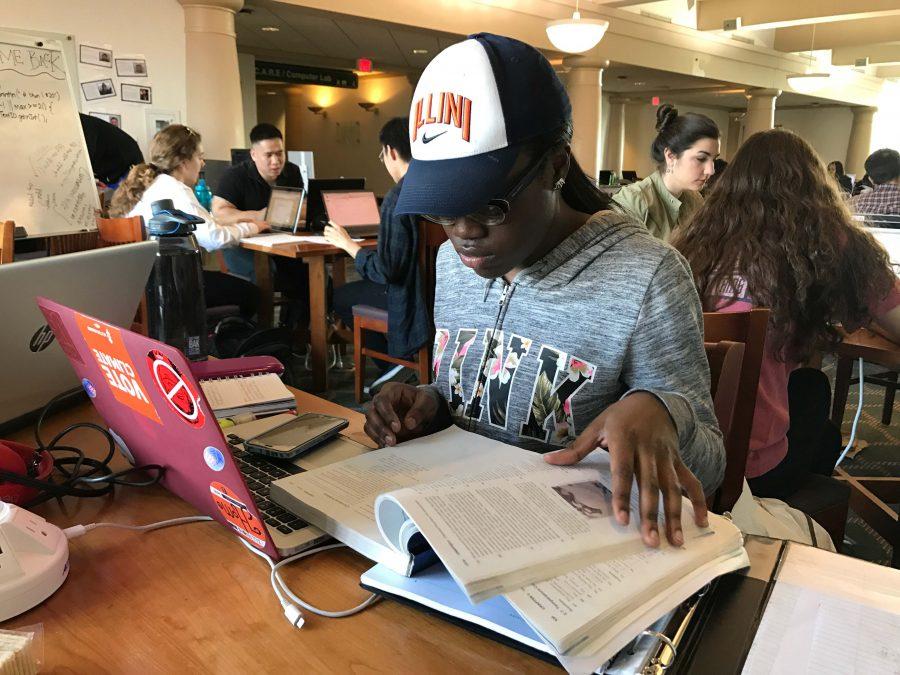 More African-American and Hispanic students are graduating from the University, but these students are still less likely to finish their degree than the rest of campus, according to records from the Division of Management Information.

Campuswide, 85 percent of students graduated within the same time period. This is an increase of about three percent since 2005. 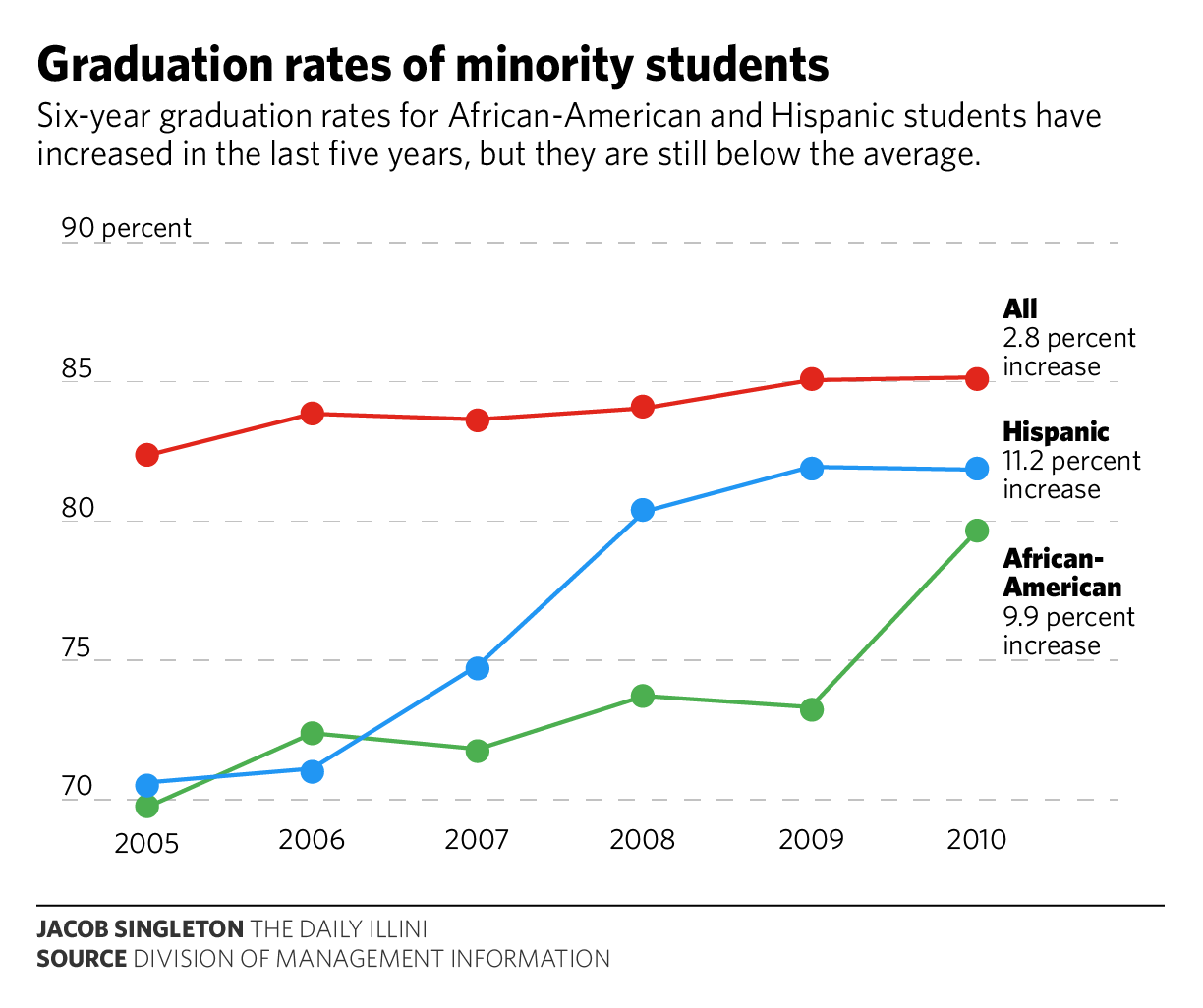 Despite the improvements, fewer African-American and Hispanic students are graduating compared to their peers. Administrators say more resources have been devoted to closing the graduation gap, but more are needed.

“I wish I could tell you we had a grand centrally driven initiative to do this,” said Charles Tucker, vice provost for undergraduate education and innovation. “I think the truth of this is this is a mix of efforts from (the provost’s) office, from the colleges and from student affairs units. If it takes a village to raise a child, this is a whole village effort that probably a few hundred people across campus have been really dedicated to this.”

Some African-American and Hispanic students’ family incomes are lower than average, according to Tucker. As many are first generation college students, the combination can add stress other students may not have to deal with.

The University boosted the amount of financial aid awarded to students in recent years. It has tried to guarantee funds for four years instead of only one to help retain students.

“Once you’re here, if you’re not as worried about having enough money to complete your education, it’s easier to do better academically,” Tucker said. “Even a few thousand dollars can make the decision between staying and not staying for a lot of students.”

The President’s Award Program grants $5,000 to incoming African-American, Latino and American Indian freshmen whose ACT scores qualify and are at or below the poverty line. It has grown from a $4 million program to a $19 million program, according to Tucker.

“We do a really good job with some of the folks who are at or near the poverty line, but there’s that large middle where people are really struggling. And we don’t have financial aid that’s as competitive as some of our competition,” said Domonic Cobb, associate dean of students and interim director of minority student affairs.

Students may have to work to support themselves, taking time away from their studies. It can add stress to what can already be a difficult time. Especially if students are the first in their family to go to college.

Students who are not first generation can have an edge. Gioconda Guerra Pérez, director of La Casa Cultural Latina, calls it the “hidden curriculum,” information parents can teach their children about attending college.

“A lot of what we do operates on the assumption that people know all the general steps of college,” said Tekita Bankhead, assistant director of the Bruce D. Nesbitt African American Cultural Center. “Know how to get here. Know what to do. Know all the forms to fill out. Know all the places to go for help. And that’s simply not the case.”

The Office of Minority Student Affairs, OMSA, offers free tutoring for students. It holds walk-in sessions for help with chemistry, math and physics and matched sessions for other subjects. Last year, the office had 5,071 walk-in visits and spent 13,096 hours tutoring.

Zainab Oluokun, a freshman in AHS, receives chemistry tutoring through the office. She sat in her chemistry class on the first day of college and felt confused because her high school did not prepare her.

“It was frustrating because in high school, I was the student who liked to answer questions and who knew everything,” Oluokun said. “So just coming in and not knowing the answers to the questions on the first day, it made me upset. But then it made me say, look, this is what you gotta do.”

One of Oluokun’s mentors reached out to her and suggested using OMSA’s tutoring. It has been helpful. She thinks the University needs to be more proactive in reaching out to students and telling them about available resources.

“I think if they truly cared, they would reach out, like hey, ‘this is happening. You need to do this in order to bring your grade up,’” she said. “Because if you’re constantly failing, you’re going to be like, OK, why am I wasting my money to attend this university. I don’t need to be here.”

Administrators agree it is possible to close the gap. But it will take work.

Academic resources have helped students. Cobb thinks the University should work on normalizing tutoring. It would help shed the stigma and encourage students to be more engaged.

The campus’ racial climate is also a component. Some say tensions have increased with the current political climate.

Someone wrote in chalk, “They have to go back #Trump,” in front of the Department of Latino/Latina Studies building last year. Pérez wants the University to tackle the issue of campus climate soon.

One way to show support could be more investments in diversity resources.

“Where you spend your money is where your heart is, honestly,” Bankhead said. “I think that the administration could continue to put their money toward those things and make very visible contributions to supporting the diversity of our student body.”

Students are central to the University’s mission. Admitting them. Enrolling them. Teaching them. Graduating them — all of them.

A previous version of this story incorrectly referenced percentage increase when it should have been a percentage point increase. The Daily Illini regrets the error.