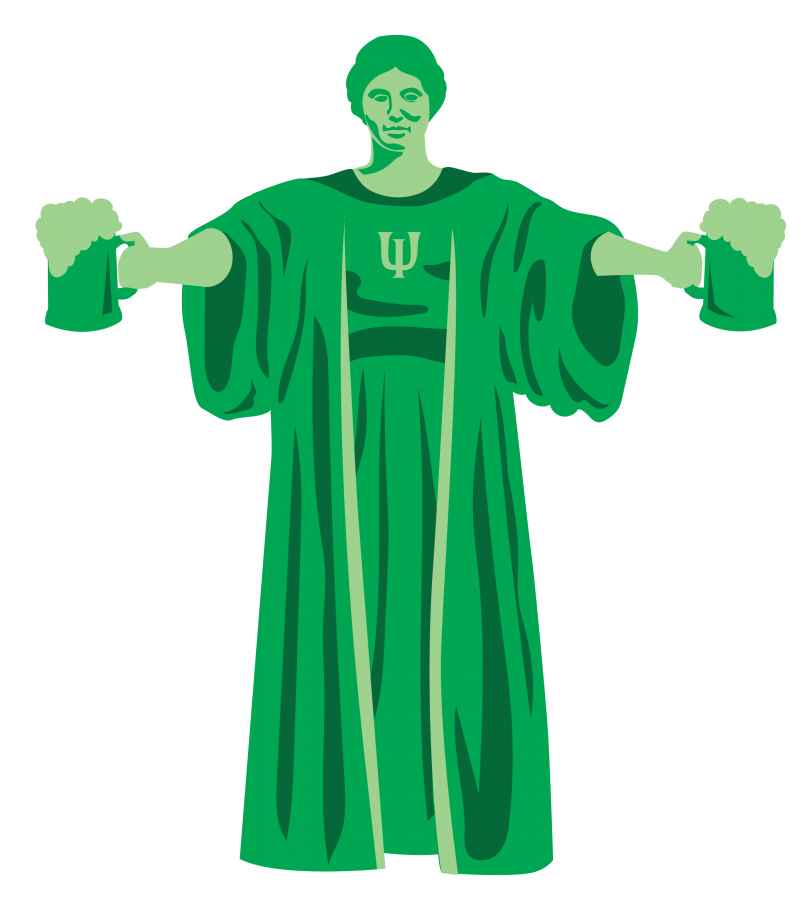 The celebrations surrounding Unofficial St. Patrick’s Day this Friday are predominantly student centered, whether it be University students or visitors to campus.

However, a few prominent campus figures have been around for more Unofficials than most students and have been embracing the celebrations since 1996.

Alma Mater, Grainger Bob and Red Grange are key attractions at the University and have used their time here to learn a few lessons, specifically how to celebrate Unofficial.

Having been around for 18 Unofficials, Alma has learned a thing or two about the University’s party culture. Alma came to the University in 1929 and left from Aug. 2012 to April 2014 for renovations, missing two years of celebrations.

It would take 200 pints of beer in one hour to get the 10,000 lbs and 12-foot-tall statue to reach a blood alcohol concentration of .105 percent, making Alma extremely intoxicated and severely impaired.

If celebrating in the morning, it would take 250 screwdrivers in one hour to get Alma drunk with a .11 BAC.

The statue of Harold “Red” Grange joined the University in 2009 as part of the Memorial Stadium Renaissance project. While Red Grange was a football player at the University, he best became known for scoring six touchdowns in the first 12 minutes of the Oct. 18, 1924, game against the University of Michigan.

Since Red Grange has stopped playing football and returned to campus, he has more free time to explore the University’s long-lived traditions. It would take 50 pints of beer to get the 12 foot and one ton statue to a BAC of .123 percent in one hour.

If celebrating at KAM’s, it would take 60 Blue Guys in one hour to get Red Grange drunk with a .112 BAC.