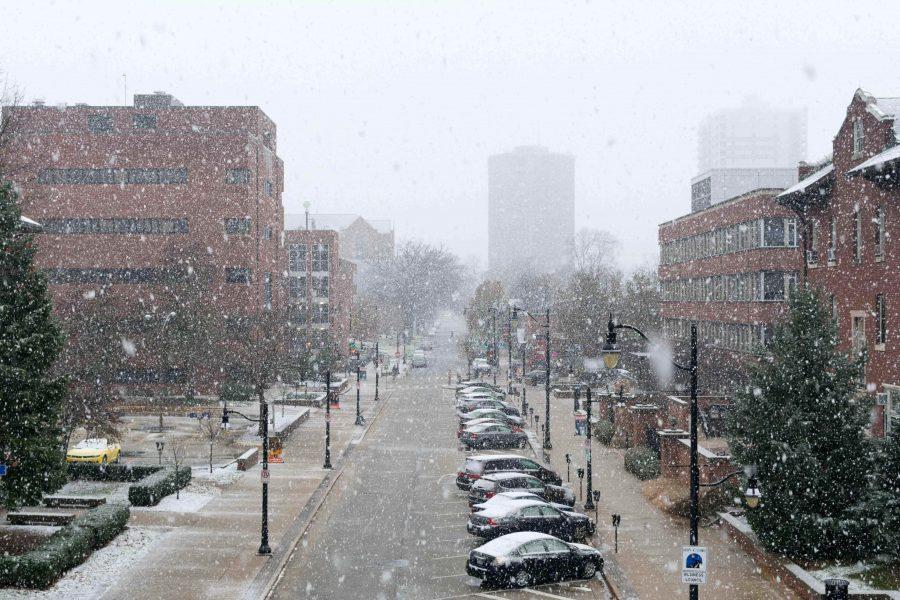 In a winter where Chicago experienced the lowest snowfall in 146 years, the University also experienced a noticeable lack of snowfall.

The various faculty involved in snow removal include Grounds, Transportation, and Building Services Departments. The University makes snow removal a priority, allowing the campus to remain accessible and functional.

Salting campus sidewalks and streets is a top snow removal method for the University.

Brine is a mixture of water and salt. It is the least harmful to our campuses landscape as well as a more economical option to treat larger campus areas, he said.

The salt used on campus is bought throughout the year to ensure the campus is adequately prepared for the winter months but as the winter snowfall remained minimal, the pre-purchased salt will be saved and used for next year’s winter months.