Major in lyric theatre expected to be added 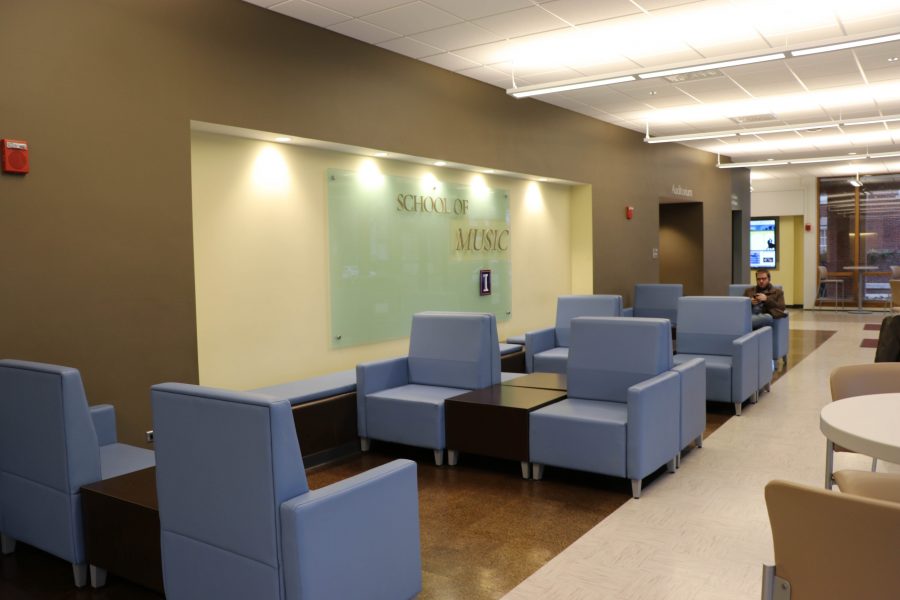 The interior of the Music Building located on Goodwin.

A bachelor’s degree in musical arts in lyric theatre will soon be added to the College of Fine and Applied Arts if approved by the Board of Higher Education.

“The major involves a wide range of sung theatre,” said Jeffrey Magee, director of the School of Music. “From traditional opera, to traditional and contemporary theatre and even new opera theatre.”

“This major is grounded in music and performance, but is deeply connected with other disciplines,” Magee said. “That is where theatre and dance come in. This degree is the appropriate framework for this major.”

Magee said as the approval is coming close to an end, he believes  the sponsors, Dr. Julie Jordan Gunn, director of lyric theatre studies, and Dr. Linda Moorhouse, associate director for undergraduate affairs in the School of Music, have been the engines driving this curriculum.

The lyric theatre major expands beyond the School of Music, incorporating many other departments at the University such as education, language, literature and design, according to the proposal to the Senate Educational Policy Committee.

Since lyric theatre is a multi-disciplinary major, Gunn has partnered with her colleagues in theatre, dance and foreign language to better the curriculum, she said.

“We are trying to create beautiful and relevant performing arts which need dance, theatre and music,” Gunn said. “We felt like we were limiting ourselves by allowing (students) to only study music or dance.”

Magee said that singers must be versatile in order to be successful.

“Healthy singing must be the foundation for this program, but students who want to be on stage need a bigger portfolio of skills in order to succeed in the  21st century,” Magee said.

The Bachelor of Musical Arts in Lyric Theatre degree will provide a foundation in singing, with a concentration of performance or creative. The major provides many opportunities for students who do not want to necessarily be on stage as a performer, but who could work behind the stage as a director or a composer.

“We just want to make students more creative and make them think differently,” Gunn said. “Having experience on both sides will provide better works than we have now.”

Kathy Martensen, assistant provost for educational programs, said in an email that the major took years of discussion before it finally was approved.

“My understanding is that it was discussed within the College of Fine and Applied Arts for many, many months, maybe even years,” she said.