Roommates on campus in luck, millennials having less sex

College students probably aren’t putting as many socks on their door handles, according to a study by the journal Archives of Sexual Behavior.

But it’s not specifically just college students having less sex. Millennials, the generation of Americans often nicknamed the “hookup generation,” are actually having less sex than their parents, according to the study.

Millennials, or those born in the ‘80s and ‘90s, report having fewer sex partners on average than those in the prior two generations.

Meanwhile researchers found that younger millennials, such as college students, are twice as likely to be sexually inactive in their first years of adulthood versus those born in the ‘60s and ‘70s.

These findings may be the result of distinct cultural differences between the generations said Mary Ramey, professor in sexual communications at the University.

Students have more options when it comes to picking sexual partners and are not relying on their parents approval, said Ramey.

“Technology has provided us the means to meet people beyond our geographic location … If you add in things like sexting, sexy photos, etc., sexual communication is very different for millennials. It can be both fun and complicated,” Ramey said.

While there may be varying reasons for millennials having less sex, increased technology as well as pressures in a career are two theories suggested in the study as to why those born in the 1980s and 1990s might not be having as much fun as popular culture would suggest.

“I feel like it might be true, there’s definitely less relationships,” said Joey Campbell, freshman in FAA. “There’s probably higher workloads and less time. People focus more on school than having a relationship.”

But when it comes to technology hindering sexual relations, Campbell wasn’t so sure, citing a specific tool millennials have that their parents did not: dating apps.

Tinder, Bumble, Her, Grindr and more are all easily downloadable apps that boast instant communication with hundreds of singles, especially on a large campus like the University.

However, the data doesn’t suggest that these apps are evening the playing-field between generations, and that technology is hindering sexual activity amongst millennials, rather than helping it. 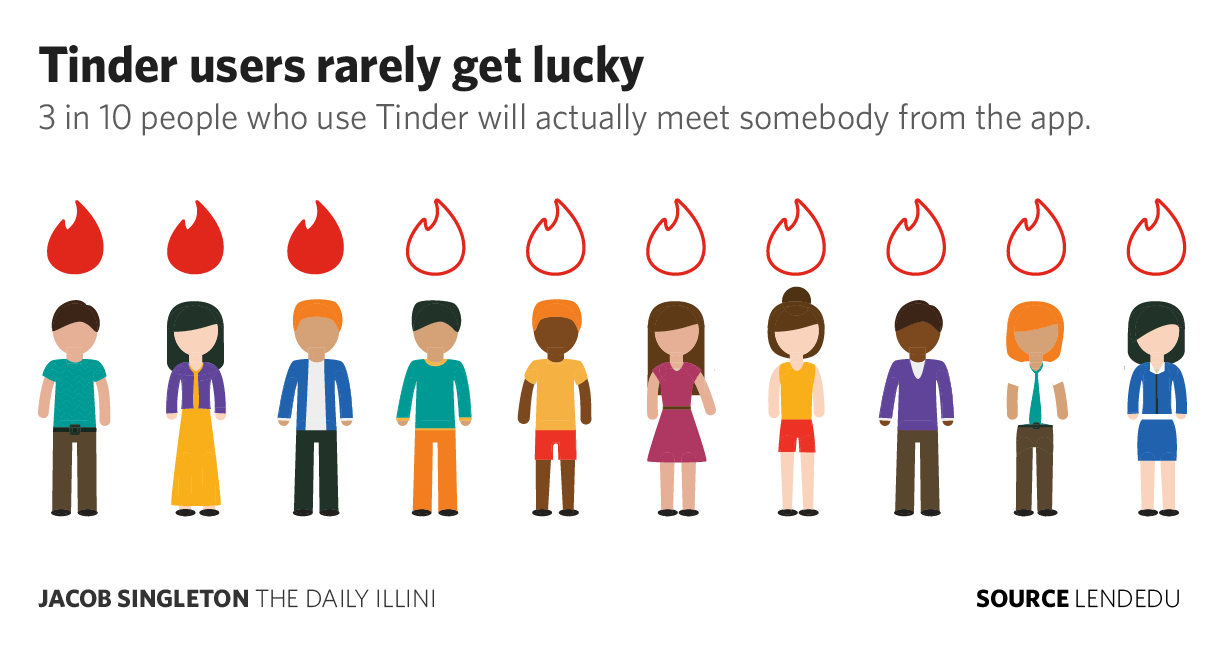 Angela Rehder, sophomore in Business, said she is surprised by these findings. While some of her friends use Tinder simply for the responses, others use it to branch out of their normal friend group, she said.

“I would think it’s the opposite,” she said. “Millennials are more open to (sex), there are more resources to have sex.”

Ramey agrees, stating that dating apps are a tool, but that there’s more to just swiping right if one wants to maintain a relationship.

“Technology certainly helps millennials find both romantic and sexual partners. You can really have access to many, many potential partners. I think millennials are very comfortable with using the technology (apps, etc.),” Ramey said.

Ramey said that she thinks technology can “stall out” many relationships, that people never get around to meeting each other.

“I find that can be a challenge for millennials,” Ramey said. “They are comfortable with the technology part…just not with the in-person part.”