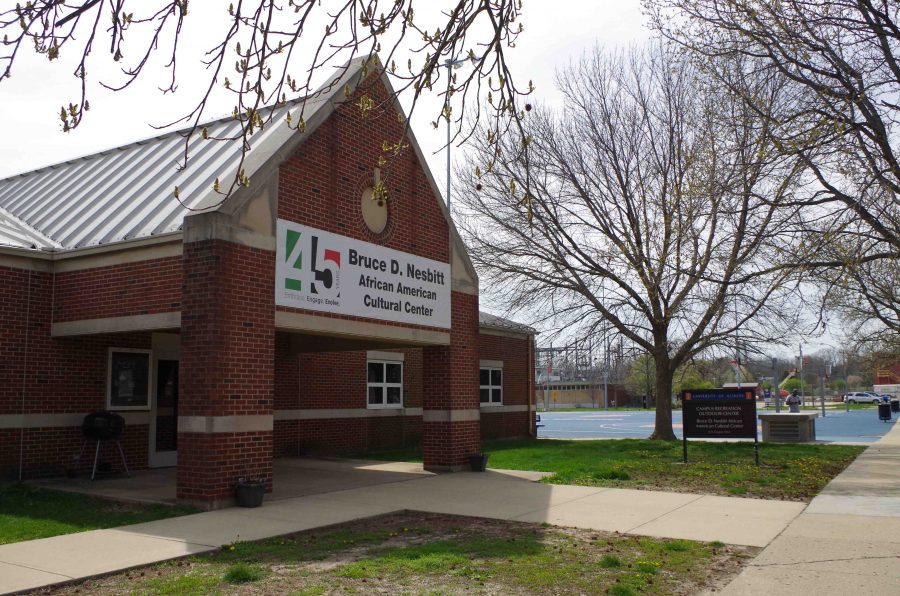 The Bruce D. Nesbitt African American Cultural Center is currently located on 51 E. Gregory Drive. In 2018, the Center will move to Mathews Avenue in Urbana, 50 years after originally opening.

Nearly 50 years after its original opening, the Bruce D. Nesbitt African American Cultural Center plans to move to its new and permanent home in the 2018-19 academic school year.

“The goal is to continue providing African-American students a place where their cultures, identities and norms are understood,” said Nathan Stephens, the director for the cultural house, in an email. “Somewhere to learn and grow that takes into consideration their backgrounds, values, beliefs and experiences.”

Opened in 1969, a temporary African-American cultural center was established due to a list of demands from students to provide a place where black students’ needs were met.

The center was dedicated to Bruce D. Nesbitt in 2004 to honor his efforts in seeking out opportunities for black people, according to the center’s website.

The mission of the house is to uplift, educate and  develop black students. Deja Gardner, the Central Black Student Union president and senior in AHS, said her experience at the center has done just that.

“BNAACC is my home away from home,” Garner said.

Due to health and safety issues in the building, the original cultural center shut down in 2013 and moved to a temporary building at 51 E. Gregory Drive in Champaign in 2014.

Gardner said she was saddened by the location switch.

“It was heartbreaking because BNAACC used to be so close,” Gardner said. “It was also hard because we were the only (original cultural house) leaving (the original location).”

Gigi Secuban, associate vice chancellor and director of the Office for Inclusion and Intercultural Relations, said that students have been the driving forces for the process of finding a new building.

“Due to student protests, we have been able to move forward to find them a temporary home,” Secuban said. “We wanted students to identify their needs of the new facility.”

Funded by campus leaders, $4.9 million will be spent on the new building which will be located on Mathews Avenue.

“The commitment from campus leaders to rebuild the building and improve it from its current form is applauded,” Stephens said.

A large factor of choosing the new location of the building stemmed from the students’ concern on the accessibility of the center and the desire to be closer to the Main Quad.

Students that experienced the original center said it was a place to go in between classes, and that is how they want the new building to be, Secuban said.

Although Gardner will no longer be a student at the University when the center is built, she envisions the center working as a “one-stop-shop” to provide all of the resources necessary for black students.

“I envision a building where black students on campus can come and have whatever event they want to have,” Gardner said.

Secuban also said that she wants to follow Stephen’s vision of being a model of excellence for cultural centers in the U.S.

“After speaking to the chancellor, he wasn’t aware of any universities in the nation who were developing their own stand-alone facility for African-American students,” Secuban said. “Illinois will set the standard for what that looks like.”