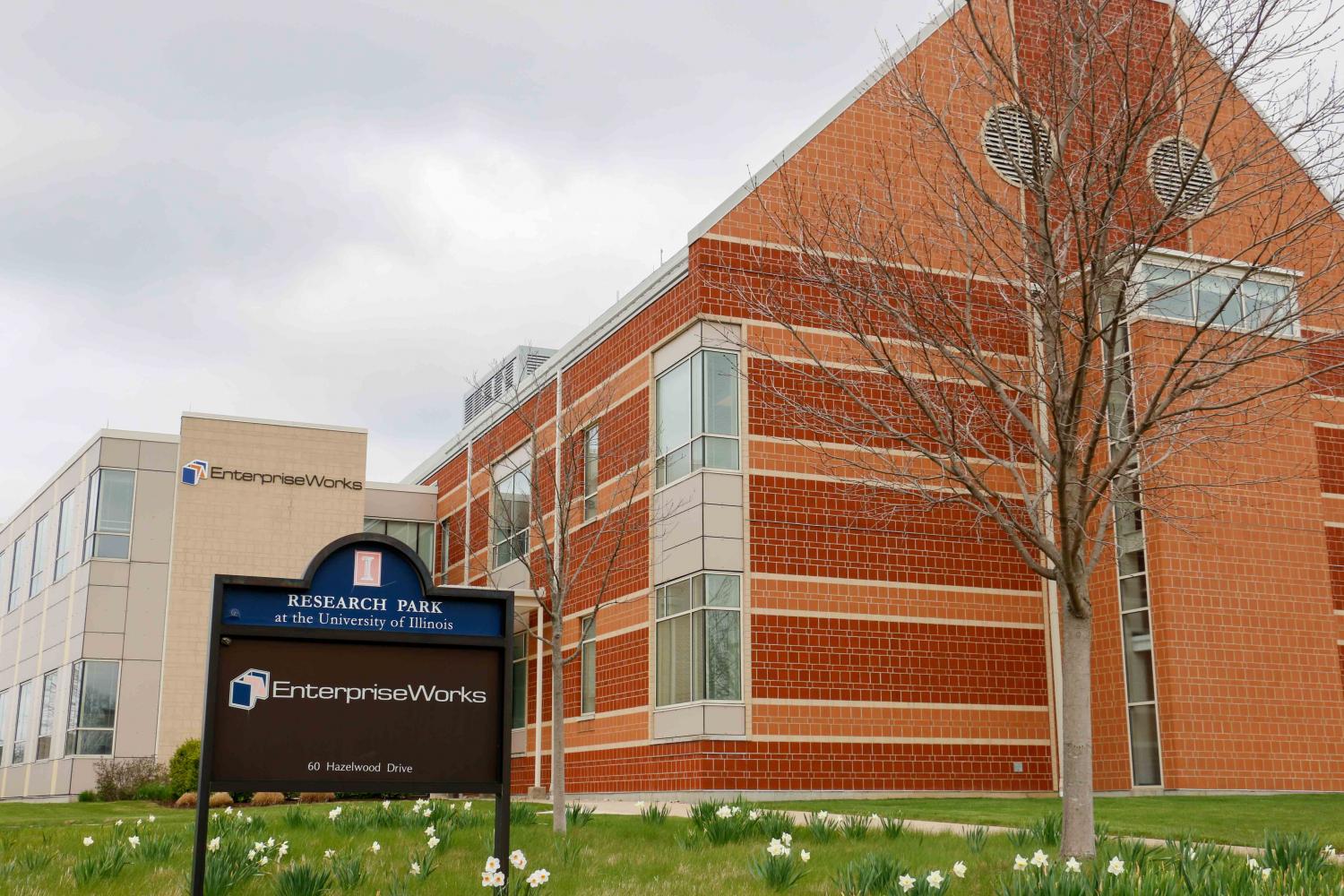 Serionix, Inc, start-up funded by NASA, is located in the EnterpriseWorks offices operated by Research Park at University of Illinois. The building is on at Hazelwood Dr in Champaign, April 11, 2017.

Serionix, a start-up company located at Research Park, received $750,000 in funding from NASA for the development of a color-changing air filter called ColorfilTM to be incorporated into next-generation spacesuits.

Erich Diesel, research scientist at Serionix, said the funding is a part of the federal program called Small Business Innovation Research (SBIR), where government agencies will provide funding for topics they are interested in.

“(SBIR) provides small businesses with funding to perform high-risk, high-reward researches that wouldn’t be economically feasible if it weren’t for these government agencies,” Diesel said.

“It’s really critical to the entrepreneurial ecosystem here in the sense that many of our companies get their start because of this funding,” she said.

Bleill said that Serionix has previously received government fundings, and they are adapted to working towards receiving this type of funding.

“NASA is a much more sexy agency, so to speak, than some of the other ones, so I think that’s why it’s getting a lot of attention,” she said.

NASA’s concern is removing ammonia in spacesuits so that astronauts can have clean air. Diesel said that Serionix is developing a technology particularly effective for removing ammonia.

“We thought that we have a good shot to apply for this funding based on our technology,” he said. “So that is the foundation of our relationship with NASA.”

Diesel said that while conventional air filters remove bigger particles in the air, they are not effective against chemical components. Serionix’s project ColorfilTM works as a coating that can be put on normal filters to remove the chemicals from the air by reacting with them.

He said that one of the important features of the coating is that it will change colors from pink to yellow after the reaction as an indicator of the filter reaching the end of its useful life.

“It still takes care of all the normal things a filter takes care of, but now it has a way to grab onto the chemicals that are passing through,” he said.

James Langer, president and co-founder of Serionix, said the company also received a $125,000 initial award from NASA before they were granted the $750,000.

“This project would be specifically a two-year contract with a defined endpoint, but there are other opportunities,” Langer said. “In particular, if our research goes well and we deliver a high-performance, functional filter for NASA, it’s very likely that the opportunity will continue beyond the length of this contract.”

Diesel said the NASA funding gives Serionix a peace of mind, because it’s a reliable source of funding that the company can be certain about. It will also be a huge morale booster.

“I think I speak for a lot of engineers,” Diesel said. “A lot of us has grown up and been looking at the stars and been inspired by NASA. For me, just being able to say that I’m helping putting something into space and work with NASA has been a big boost to enthusiasm.”

Diesel said he hopes to see the product in space as soon as possible.

Langer said the funding will support not only the development related to NASA, but also the ongoing project that Serionix is building to change consumer air filtration.

“We believe that there’s an opportunity to leverage the technology to build a new consumer  brand and a new consumer experience in air filtration that someone can bring from their home, to their car, to their office,” Langer said.