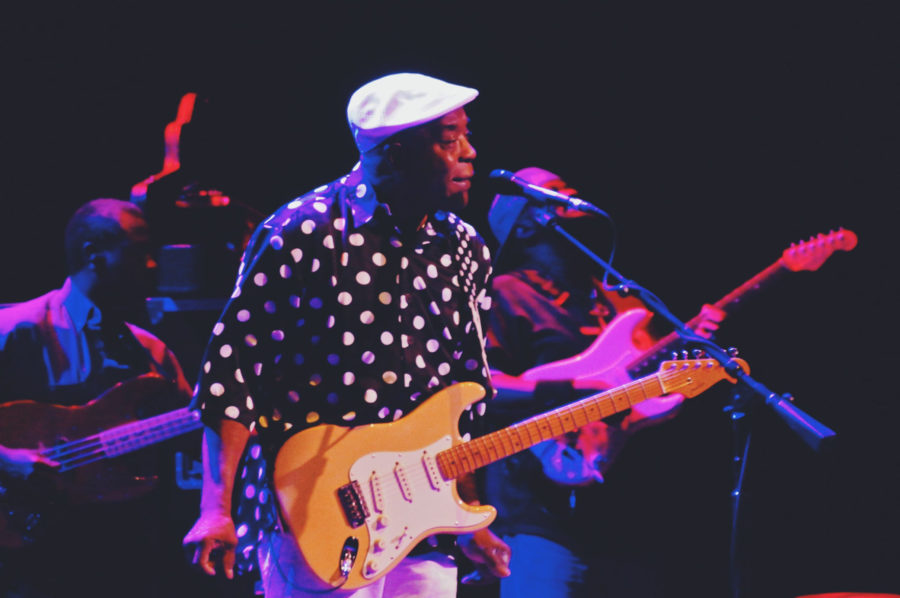 Legendary Louisiana-born bluesman Buddy Guy took the stage at ELLNORA in 2013 at the Krannert Center.

Some of the world’s most renowned guitarists will perform at the ELLNORA | The Guitar Festival, presented by the Krannert Center for the Performing Arts.

The festival will span over three days, held from Sept. 14-16, 2017. These artists will perform across six different spaces and stages. 14 events are ticketed and there will be at least seven free shows.

The event, formerly known as Wall to Wall Guitar Festival, was renamed after the venue’s founder Ellnora Krannert in 2009. This is the seventh festival after its founding in 2005.

Student tickets will only cost ten dollars with an I-Card, and opening night will cost five dollars.

Bridget Lee-Calfas, advertising and publicity director at Krannert, said in an email that it is up to each individual to create their own ELLNORA experience.

Along with the performances, there will be outdoor food vendors, a gift shop, a coffeehouse and a guitar gallery.

“ELLNORA is a moment of celebration and community,” Lee-Calfas said. “We hope our campus community will explore the artistry, amenities and joyful gathering throughout the festival.”

Tickets will be on sale to the public starting July 8.