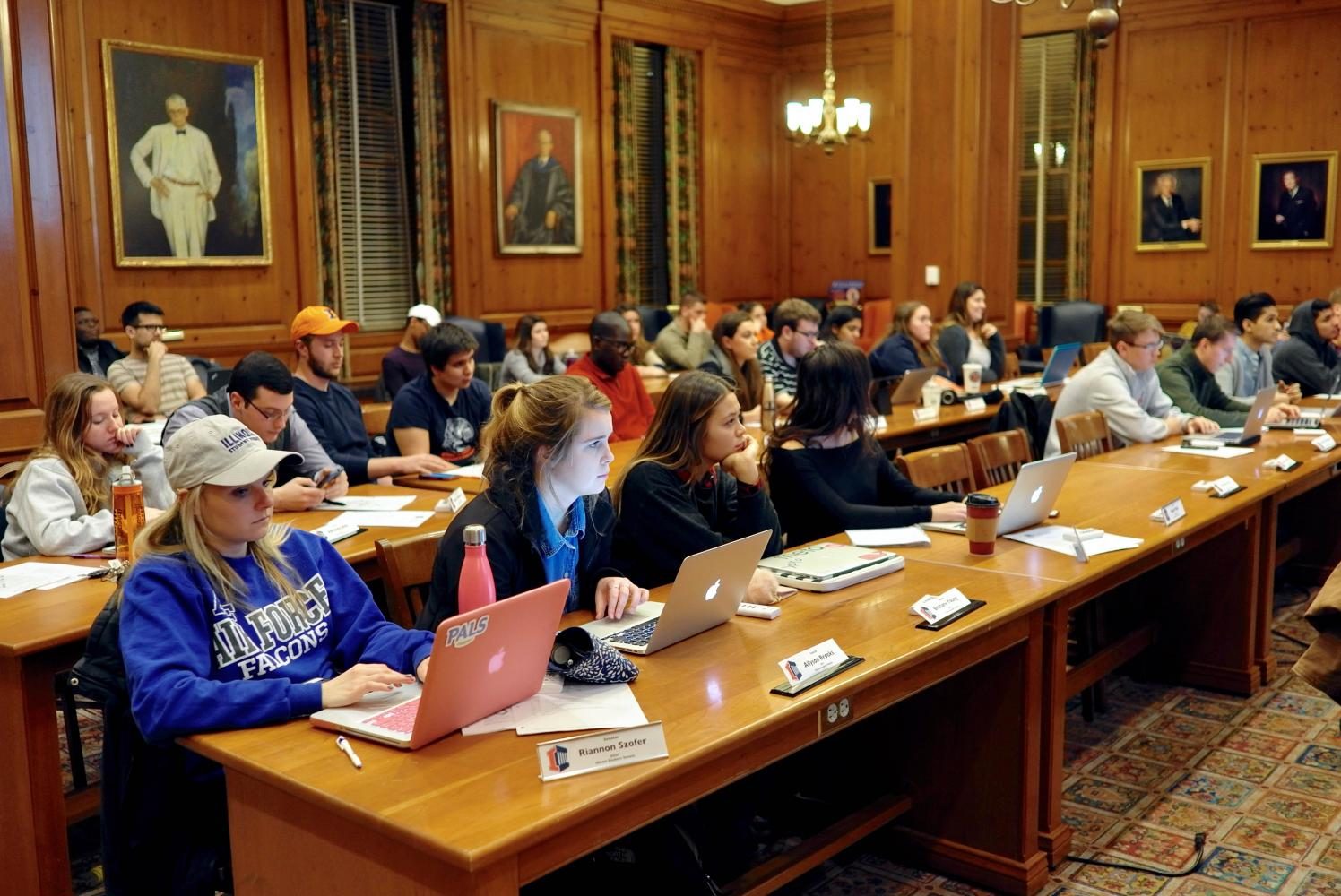 The Illinois Student Government had its first meeting of the semester last night. Among the discussions was a recommendation to support the use of medical marijuana in University Housing.

After the introduction of a new constitution last semester, the Illinois Student Government spent the majority of these last few months adapting to the new register as they continue to pass resolutions concerning campus life.

“I would describe (this semester) as both hectic, very confrontational, but productive,” said former Vice President Alex Villanueva, senior in LAS.

Some of the key issues that prompted the most controversy during ISG meetings this semester included the It’s On Us resolution, a nationwide initiative against sexual assault. Originally, the resolution called for money to be allocated for It’s On Us T-shirts and key chains among other paraphernalia.

After a particularly long and heated debate in which victims of sexual assault spoke out against It’s On Us, the resolution was later changed to become a series of discussions on sexual assault at the Women’s Resources Center.

“There are a lot of big personalities in student government, and it’s hard sometimes to put that aside and think of the students,” Villanueva said.

Another key issue the student government struggled with this year was their campus image, said former President Ron Lewis, senior in Business.

Student government began asking questions related to their image at almost every meeting this semester.

“The biggest challenge was us trying to figure out our place on campus,” Villanueva said. “What is our role on campus? Trying to develop a brand, trying to create an identity, is probably our biggest issue this semester, and it comes to a head on almost every single resolution.”

“At first, coming in, you want to be a leader, but a lot of the position is learning about how students think about things,” Lewis said.

Student government faced tension during a contentious student body president and student trustee election. The latter resulted in a re-do election this past April after one of the candidates, Trayshawn Mitchell, was left off the ballot due to a technical error.

Mitchell ended up winning the re-do election with 1,650 votes.

“The drama of the ISG election caused a lot of tension between people,” said Raneem Shamseldin, current student body president. “With that dying down, people are a lot happier to be in senate and working with each other.”

Shamseldin has launched town hall meetings where people from around campus and different cultural houses are invited to come meet the senators so the student government can create better relationships on campus.

“The constituent liaison event had the most attendance we’ve ever had,” she said. “A lot of people made connection with senators and student leaders, and that’s a step in the right direction for ISG.”