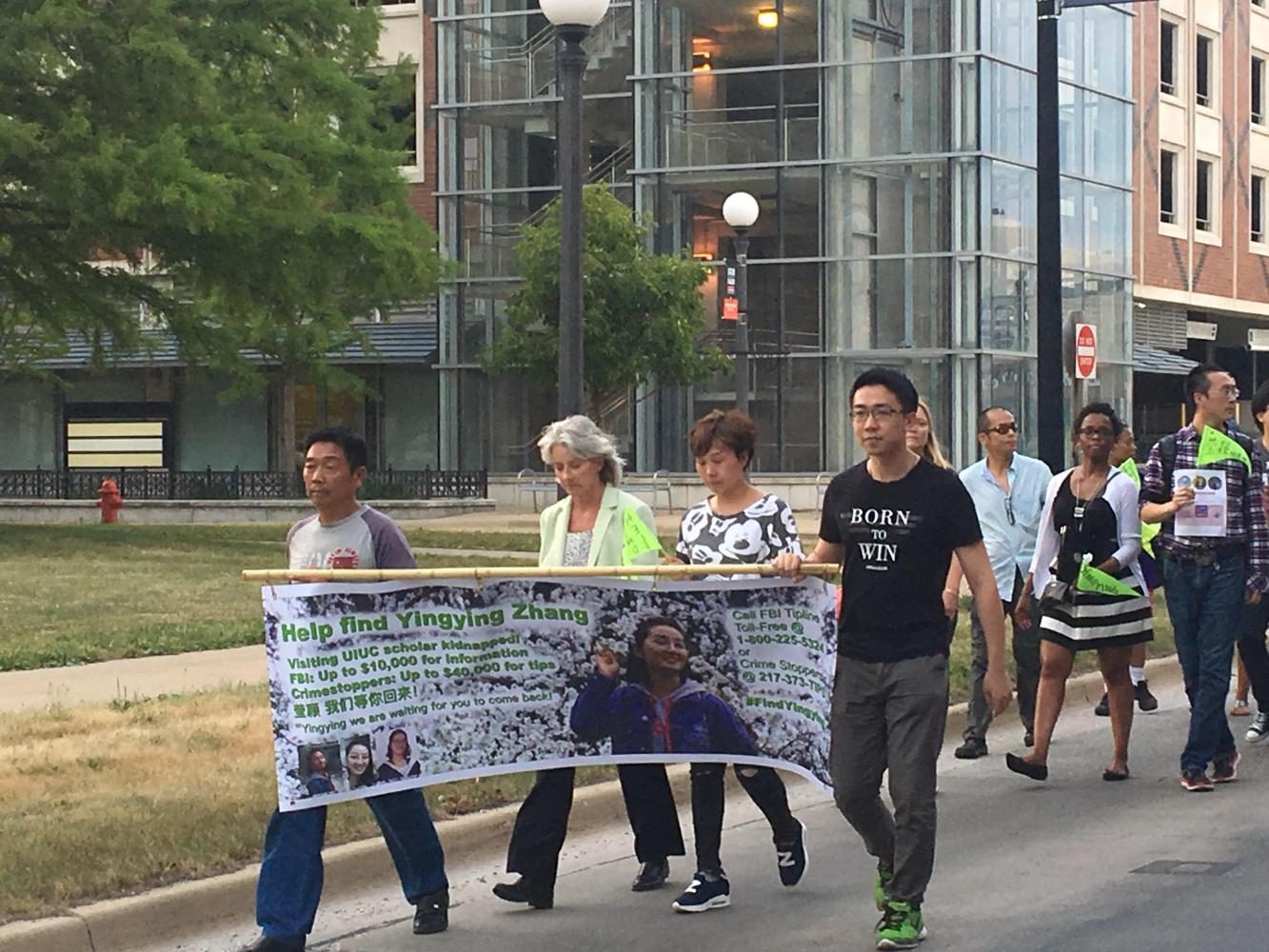 It’s been nearly three weeks since Yingying Zhang went missing from campus. Her last known whereabouts were revealed through surveillance footage, which showed her getting into a Saturn Astra.

The vehicle was located by the FBI on Tuesday, but Zhang’s still missing and Brad Ware, FBI spokesman, said no additional information could be provided on the case at this time.

This evening, community members, students and friends participated in a walk and concert to show support for Zhang and her family.

“For the family, it shows how much love and concern there is for Yingying,” said Robin Kaler, University spokeswoman. “And I think for the campus, it shows us what a family we are, and I think that’s a very important thing at a time like this.”

The walk began at the Krannert Center for Performing Arts, as more than 350 people followed a path similar to Zhang’s while on campus.

The crowd walked by where Zhang works for the department of Natural Resources and Environmental Sciences, as well as by the exact spot on Goodwin Avenue where Zhang disappeared.

“There is a frustration among people because Yingying has not been found,” said Robin Huang, vice president of the Chinese Students and Scholars Association. “We’re trying to channel this frustration into some kind of powerful and positive emotion … and also have a more fulfilling or diverse way to spread the news of her kidnapping.”

While Huang did not know Zhang personally, she has been regularly interacting with her family and her boyfriend.

“The family is, of course, sad, they miss Yingying,” Huang said. “But because of the support, they’re feeling much more faithful and hopeful.”

After the walk, a brief concert by the Jasmine Field Orchestra played some of Zhang’s favorite music.

According to Huang, Zhang was at one time a vocalist in a band back in China.

Bowen Song, junior in ACES, doesn’t know Zhang, but helped rearrange one of the songs for the orchestra to play for the event — a tune called “Riding the White Horse,” a Chinese folk song that’s one of Zhang’s favorites.

“I’m here to listen to the concert, which will help express our worry and concern,” Song said.

He said the situation has sparked a feeling of uncertainty for students on campus.

“A lot of my friends feel very anxious, one of my friends could not sleep at night for the first week she went missing,” Song said.

In some cases, Song said the anxiety over Zhang’s disappearance has caused students’ parents to travel to Champaign from China to be with their children.

“We don’t know what the criminal is targeting,” Huang said. “Us foreign students here, we just want to help each other.”