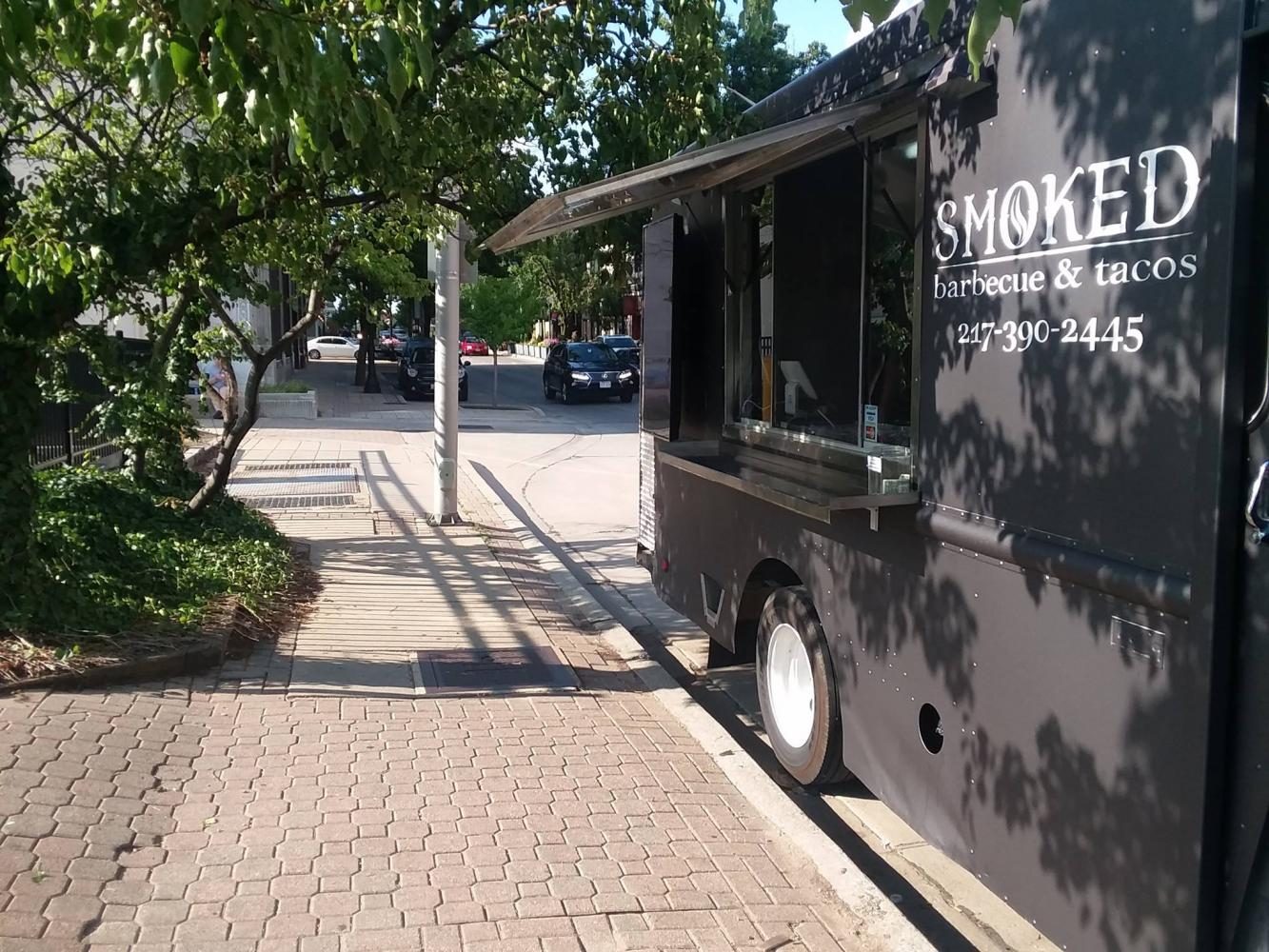 A new food truck recently joined the C-U food scene. It’s called SMOKED and will be serving an assortment of sandwiches and tacos.

Adam Shallenberger, owner, was raised in the Champaign-Urbana area. He has been a part of this community’s food scene for over half of his career as a chef, making him well acquainted with the local food culture.

“I’ve worked in some amazing restaurants, but all stemmed around fine dining cuisine,” Shallenberger said. “I’ve been cooking professionally for 15 years, but I’ve been a kitchen since I was 5.”

Cooking was an important family activity when he was growing up. Shallenberger recalls how he and his six brothers grew up watching his uncle smoke meat.

“There was almost always a barbeque involved,” he said.

As the name of the food truck suggests, the meats prepared in the truck are all smoked. Chicken, pork and brisket are offered, as well as a variety of sides. Vegetarians need not be worry – there’s black bean and vegetable options available.

“I chose BBQ and Tacos, because cooking BBQ is one of my favorite things to do, and Tacos, well everyone in this town enjoys good tacos,” Shallenberger said.

In many ways, food trucks have a special appeal over permanent locations. For owners, they tend to be more cost efficient; and the mobility allows the owners to expose people from various areas to their cuisine.

“Permanent locations are costly,” Shallenberger said. “I don’t have a million bucks, so starting in a food truck was the only way I could go to have my own business. I’ve learned a lot in restaurants, and they have a lot of moving parts. It’s easier to control four employees than fifteen. I want to be able to travel, cook amazing food, and spend time with my 5 year old son.”

For guests, food trucks offer the expediency of a fast food restaurant, but with more personality.

“I think, what’s unique about food trucks, compared to, say, a fine dining restaurant, is that you get a chance to win everyone over,” he added. “The food is cost effective, and fast, but all made from scratch.”

Shallenberger does not have any immediate plans to open a permanent location, but he does intend to open up an additional food truck.

While he isn’t moving forward opening a permanent location just yet, Shallenberger is opening up another truck called Fired! in August.

Because food trucks do not maintain a consistent location, it is necessary for guests to be able to keep track of a food truck’s location and hours of operation. Because SMOKED just opened up, it does not currently have a set schedule.

“Right now, we are testing the waters,” Shallenberger said. “Our Facebook page keeps our foodies informed of our location.”