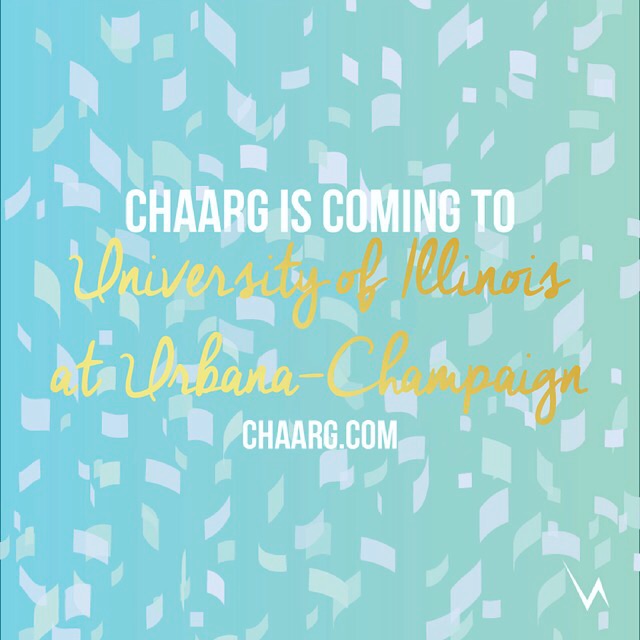 CHAARG, a women's wellness group, is coming to campus. The Illinois chapter has 100 members so far and is looking to expand to 250.

CHAARG, a women-centric fitness group sweeping the nation, just made its way to the University of Illinois.

The University’s chapter was created by Amanda Gade, senior in Education, and she’s currently functioning as the chapter’s ambassador.

Since its inception this past spring, CHAARG Illinois has recruited 100 members. CHAARG seeks to advocate a holistic approach to fitness, while recognizing that both exercise and nutrition entail very different things for different people.

Rather than advocating a singular model for what CHAARG’s members should strive for in their workout goals, CHAARG teaches women to work toward becoming healthier and stronger, whatever that means for each individual, in order to achieve greater happiness and confidence, Gade said.

“Our goal is for every girl to grow into her happiest self, to have confidence in her capabilities and to take care of herself,” Gade said. “At our age, I think that it can sometimes be easy to fall victim to our insecurities because we are still learning to love ourselves and growing into the people that we want to be. CHAARG does an amazing job of empowering every member who is a part of it to embrace who they are and to love themselves.”

In addition, CHAARG aims to do away with the notion that fitness is primarily an interest for men. Women often feel discouraged from going to the gym, simply because it can be an uncomfortable space for them, and CHAARG seeks to make it known that women deserve a comfortable, welcoming environment in which to reach their health goals.

Its members encourage women to engage with various forms of exercise, from power lifting to yoga, martial arts to aerial fitness, and so much more. They preach that exercise should be fun and interesting and that women shouldn’t feel confined to the elliptical.

Targeting 250 members total, there is still room for growth in the Illinois chapter. For those interested in becoming involved with CHAARG’s Illinois chapter, memberships may be purchased at $45 per semester through CHAARG’s website. The price comes along with a supportive women-centered fitness network, as well as CHAARG’s many membership benefits, such as Studio Spotlights.

Held every Wednesday in two sessions, from 6 to 7 p.m. and 7 to 8 p.m., Studio Spotlights feature workout sessions with numerous local fitness instructors, each specializing in distinct kinds of workout activities. Members also have the opportunity to travel with these instructors to studios.

The initial workouts include yoga with Iyengar Yoga, karate with Dragon Claw Academy and aerial fundamentals with Defy Gravity.

Since the Illinois chapter is already comprised of 100 members, and projected to almost triple, there are smaller groups within the main body. These small groups, consisting of about 10 to 15 members, are led by two coordinators and help create a sense of community within the larger chapter.

CHAARG was founded in 2012 to help eradicate the societal pressure that women face over their appearances, and currently has 51 university chapters. Its mission is to foster a loving and supportive community of women in fitness, regardless of body type, fitness level and experience.

“Everyone just accepts you and wants to see you succeed and be happy,” Gade said. “When I joined, I had no idea the impact that it would have on me and I am so unbelievably excited to watch every single one of our members be changed by the organization.”

The sense of solidarity that is established through a women-centric group has had a positive impact on CHAARG’s members.

Emily Naud, freshman in FAA, said, “Being a part of a community like this has shown me that everyone has their own struggles, whatever those may be. I have learned that exercise can and should be fun!”

Similarly, Jenna Lemenager, vice president of Media and sophomore in ACES, conveyed the ways in which CHAARG has been beneficial for her.

“Rather than letting a number on the scale dictate the foods I eat or the distance I run, I’ve become so much more accepting of my body shape and size,” Lemenager said. “CHAARG has also boosted my confidence levels both in and out of the gym because for the first time in a long time, I finally feel comfortable in my own skin.”

While members connect in their smaller groups, there’s also the opportunity for them to reach out on a national basis. CHAARG hosts a number of events across the nation, such as FitPlans, which are online workout plans, in which over 2,000 women participate annually.

There are also a handful of national retreats and workshops that take place throughout the year. Gade recently went to one in northern Michigan, where she and the others who participated stayed in cabins and learned about leadership.

CHAARG highly emphasizes the importance of their Instagram community. Out of the 51 chapters throughout the United States, thousands of women make CHAARG Instagram — the handles begin with their name, and end with _inCHAARG — accounts to document their progress and establish a network of support within their community.

“I can be having a stressful day and go on my CHAARG Instagram account and instantly feel so much happier because of the positivity that radiates from everyone,” Gade said. “The Instagram accounts are a big part of CHAARG because they help create the amazing community that CHAARG is.”

She also made a point to note that she posts about both fruit smoothies and doughnuts on her page.

Lemenager, too, voiced the ways in which the CHAARG Instagram community has inspired and supported her.

“The best social media platform for CHAARG girls to connect is through our #inCHAARG Instagrams. I’ve found this to be my best source of inspiration and a great accountability tactic so I will continue to work toward my goals,” Lemenager said. “CHAARG is such a large organization with so many members, but it’s such a tight-knit community of women who always have encouragement, an inspiring story, a recipe and more to share.”