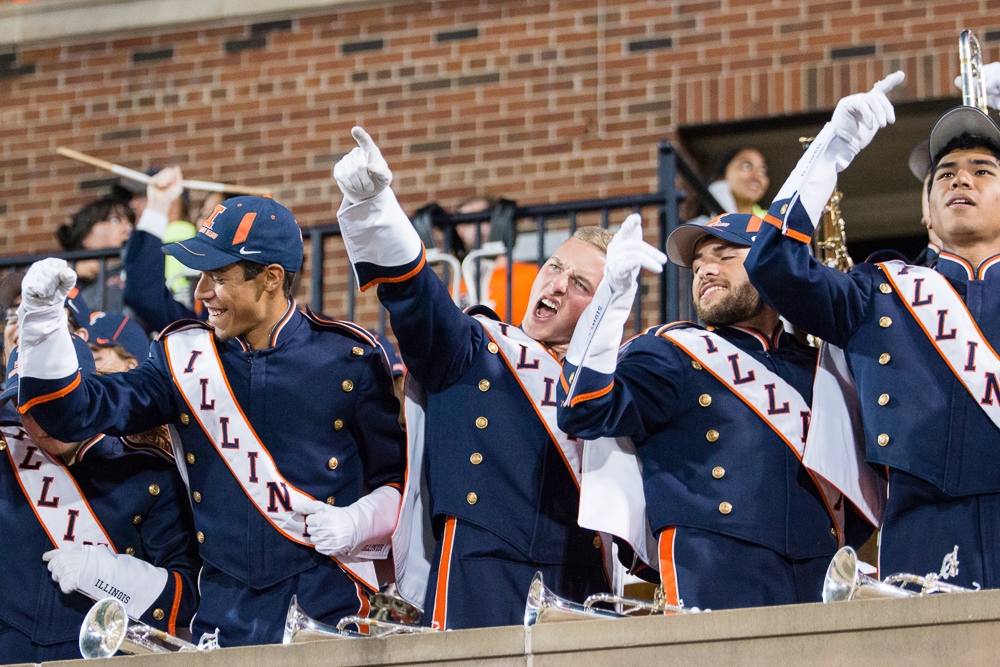 Members of the Marching Illini cheer during the game against North Carolina at Memorial Stadium on Saturday, September 10, 2016.

The University administration has retired the “Fighting Illini War Chant” song from being played at all University functions, said Associate Director of Athletics and Media Relations Kent Brown.

The song was often played by the Marching Illini before the Illini defended third down of the football games, and as the basketball team took the court for pregame warmups. Brown said the decision was part of the University’s efforts to be more inclusive and improve the atmosphere of Illinois football games. The University felt that the atmosphere was much better when it used the video board and music rather than when the war chant was played.

No formal announcement has been issued by the Chancellor’s office, but the Senate Executive Committee is meeting on Monday and a statement will likely be made. Brown said that it was made in conjunction with the University administration, the Athletic Department and the Marching Illini.

This story will be updated as more information becomes available.