From the lecture hall to the campaign trail 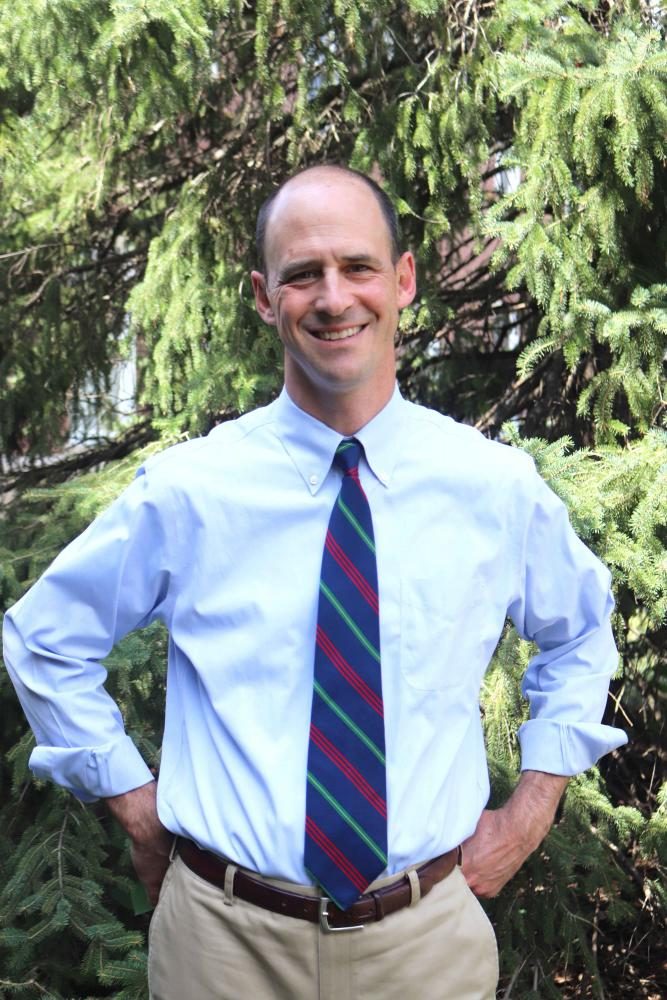 Portrait of University professor Jonathan Ebel. Ebel is a professor in the Department of Religion and is a Democratic congressional candidate for the 13th Congressional District.

Students enrolled in Jonathan Ebel’s religion courses will be noticing their professor outside of the classroom a lot more.

A Navy veteran and University professor for 12 years, Ebel is running as a democrat against Rep. Rodney Davis for the 13th District’s U.S. Congressional seat.

Davis has held the position since 2013, but Ebel said he isn’t too intimidated.

“I wouldn’t be doing this if I didn’t think I could win,” Ebel said.

Being disappointed with this past November’s election results, Ebel said he decided he wanted a role in public office. Before President Donald Trump, he said most people were “taking for granted the state of things.”

For now, Ebel’s campaign is starting small. He doesn’t have a campaign office, so he is working out of his home and his friends’ homes for the time being.

“When it comes to money, I want to be very careful,” he said. “I don’t want to start entering into agreements until I’m actually sure we have the resources to meet those obligations.”

Ebel is also consciously separating his role at the University from his candidacy for Congress.

“I do not want to use my position here at any way to influence,” Ebel said. He noted he’s not contacting political groups on campus but is open to speaking to them if asked through his campaign website.

Ebel is teaching a full course load this semester but is breaking from that to start a fellowship Jan. 1, 2018. He’ll be focusing on research, which gives him more time to campaign.

“We will be running an aggressive campaign starting now, and I will be able to use much more of my time in January,” he said.

If elected, he expects to step down from his current position at the University.

“I would start talking to the University about how we would arrange things. I love the University of Illinois, and I would love to stay affiliated with it as long as I can,” he said.

Ebel is running against four other democratic candidates: David Gill, Benjamin Webb, Erik Jones and Betsy Londrigan. He’s the only candidate from Champaign-Urbana, but that’s not the only difference he thinks voters will notice. It’s even in his campaign slogan: He’s “honestly different.”

“These are all good people who care about their country and care about the 13th District,” he said of his opponents. “The closer voters look at us, the more they’ll see those differences.”

Having multiple people run for office is “a sign of a healthy democracy,” he said.

Ebel is focusing his campaign on improving healthcare and bringing more jobs to the area. He also hopes to advocate for higher education in Congress.

“Higher education has really suffered over the last decade or so,” Ebel said. “I’ve made my professional life teaching young people about religion in the world,” adding he “knows about how universities work and what their value is to broader society.”