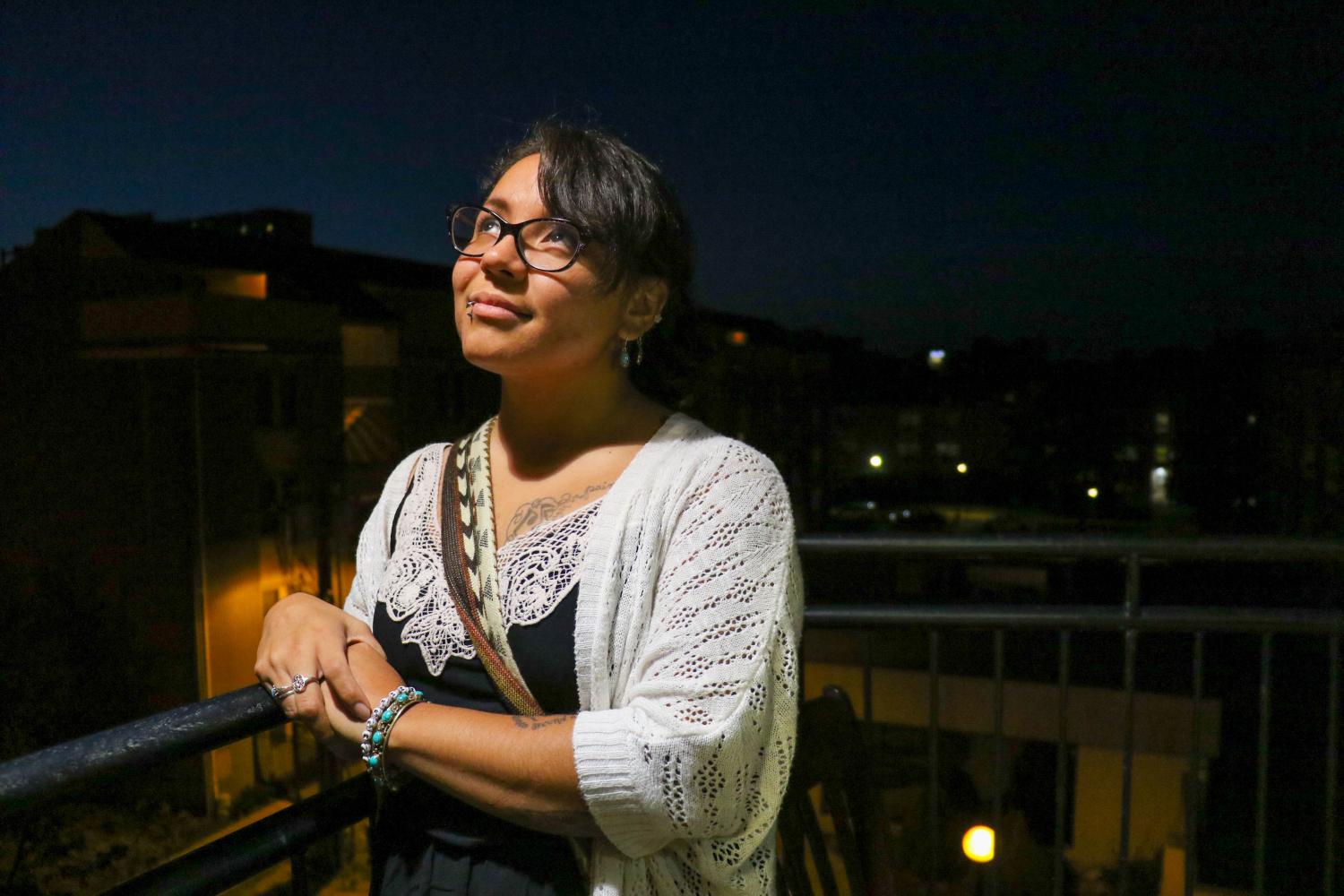 Ana Rodas, senior in Fine & Applied Arts, knew the announcement of the rescindment of the Deferred Action for Childhood Arrivals program was coming. So, as an undocumented student, she prepared herself.

She logged out of Facebook to avoid the long political posts, focused in class, talked to her church friends and continued on with her day. It was business as usual.

“When it was 10 o’clock, which was I guess the time (the White House) was going to announce anything, I was just chatting with a friend. Pulling jokes and stuff. It was a very natural conversation, which was better than just anticipating that something was going to happen or just waiting for something to happen,” Rodas said.

The DACA program allows immigrants who were brought in as children to establish residency in the U.S. for two years at a time. Last Tuesday, the White House announced the program would be phased out over the course of six months, and new applicants will not be accepted.

It’s not a reaction of panic but readiness that has allowed cultural houses and organizations to advocate for resources and information for undocumented students. At the center of that effort is the La Casa Cultura Latina, headed by director Gioconda Guerra Pérez.

In the immediate wake of the DACA announcement, Pérez said the University administration contacted them to continue their efforts in supporting and providing resources to undocumented and DACA students. Some of these resources include information on renewing their permit and connecting students with immigration lawyers. Pérez said that La Casa is available for any student who needs help relating to DACA.

“We want all students to understand that this is not a Latino issue. That just because our center is the one helping the campus… ‘Oh, we’re just helping Latino, Latina students.’ That is not the case,” Pérez said. “We want any DACA undocumented students who right now need our help to contact us. And we want to know what their needs are.”

LAS senior and DACA holder Nancy Ramirez-Blancas says that based on who she talks to and sees, she assumes there are hundreds of undocumented students on campus with a bulk coming from Filipino communities as well as those with South and Central American backgrounds.

The University confirmed they do not keep specific numbers of undocumented students, though Pérez said that they see roughly 50 to 60 DACA specific students throughout the semester.

In a Massmail from University President Tim Killeen last week, he said while he disavows the decision to stop DACA, as a public university, they “will always comply with all federal, state and local laws.” With final law still up in the air, this six month period will put DACA holders in a sense of limbo.  Whether they’ll be able to stay in this country when their DACA permit expires is on the minds of many DACA holders.

DACA itself only defers the action of deportation and does not provide a path to obtaining full citizenship. The program also does not guarantee a holder lifetime protection as it requires them to purchase a renewal every two years.

Ramirez-Blancas has been in the United States since she was a year old. As an undocumented student and DACA holder, she was able to renew her membership last semester at a cost.

“It was either my books or my renewal, so having to explain to a professor that ‘Alright, I’m not getting this book because I had to pay my renewal’ …  it’s hard,” Ramirez-Blancas said. “They’re very kind to me, and they give me the options, but it’s still embarrassing to have to expose that,”

Ramirez-Blancas is the president of the Illinois Coalition in Assisting Undocumented Students’ Education. Founded by undocumented and DACA students, the organization educates campus members about immigration law and policies.

Working hand-in-hand with La Casa, I-CAUSE held a rally last Wednesday in front of Alma Mater speaking out against the administrative action. With Congress facing a six month period to attempt to refine the program, Ramirez-Blancas used the rally to advocate for a permanent solution.

“Other laws have been introduced since 2000, and these laws have kind of just been circulating congress. It’s time to find a more comprehensive immigration reform,” she said.

The recently reintroduced DREAM Act is one of the reforms both Ramirez-Blancas and Pérez are advocating for. The act introduces a path for undocumented immigrants who were brought in as children for permanent citizenship, and it currently has the support of both Democratic Illinois State Senators, Sens. Dick Durbin and Tammy Duckworth.

“We do hope that something like (the DREAM Act) could happen. Or at least be debated in Congress so we know where we stand, and what else we can do to advocate for our students,” Pérez said.

The phase-out is a growing situation, and any new information that they learn about it will instantly be relayed back students that need it, Pérez said. To be able to react and advocate for undocumented students, she said, campus support from both students and the University administration has to continue.

“We don’t know what will happen in the long term, so I think that right now we need to show support, but that support needs to continue,” Pérez said. “Because we know that the longer we wait for a solution, the impact will be larger for them.”