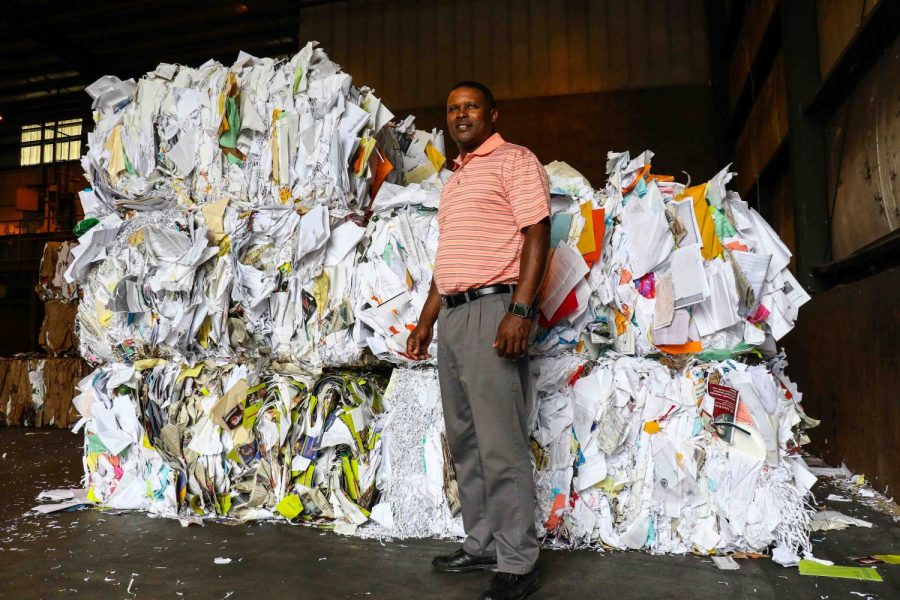 Though official percentages for the amount of waste recycled by the University in the 2017 fiscal year have not yet been released, indications show signs of improvement in line with the school’s initiative to recycle 90 percent of its waste by 2020.

Tracy Osby, coordinator of Campus Waste Management and Recycling, said the University has been recycling “around 80 to 85 percent” of its campus-wide waste so far this year.

The University has been working towards ultimately producing zero waste through recycling under the guidelines of the Zero Waste Movement under the University’s school system’s Illinois Climate Action Plan.

Much of the recycling efforts made by the University over the years can be attributed to the University’s Waste Transfer and Material Recovery Facility located on St. Mary’s r oad, which Osby oversees.

The 21 people employed there are contracted non-University staff. Each help to hand sort through waste items held within the University containers and bins using trucks to transport waste from buildings to the facility. The accumulated waste is then identified and separated accordingly in order to optimize the school’s recycling rate.

Though the facility has been in function since 1987, it hasn’t been affiliated with recycling until 1997, when it was appointed by the University to do so.

Despite its obscurity, Osby said, the University’s primary goal is educating students on recycling.

“First and foremost, we have to educate the campus on the (University’s) recycling goals in general because, believe it or not, some University of Illinois employees, students, faculty or staff are not aware of the recycling that we even do on campus,” Osby said.

According to Osby, F&S tries to educate the community by providing pertinent information through its Waste Management and Recycling website, weekly email notifications, occasional campus Massmail and by increasing the campus presence of recycling containers.

And while recycling rates for the University have increased, inappropriate disposal of trash and recyclables by the campus community is a constant problem according to Osby.

“People place items in places that are most convenient for them,” Osby said. “The only thing we can do is try to make people more aware of University recycling and hope they do the right thing.”

Sophia Peters, sophomore in Business and ActGreen RSO Treasurer, said she believes the University recycles well for being such a large university, and appreciates the specificity of the school regarding where and how to recycle.

“Sometimes it can get confusing on like what exactly you’re supposed to put where,” Peters said. “So, I think that’s one thing they’re doing well.”

Hailey Long, junior in AHS, said that she recycles often and believes her and other fellow University students are at least aware of campus presence of recycling bins and containers.

“There’s access to it all over the place,” Long said.

Although she said she finds it somewhat counterintuitive to encourage students to recycle with the Waste Transfer Station in effect, she said she understands the importance of having such a measure in place.