Hazing a continuing issue on campus 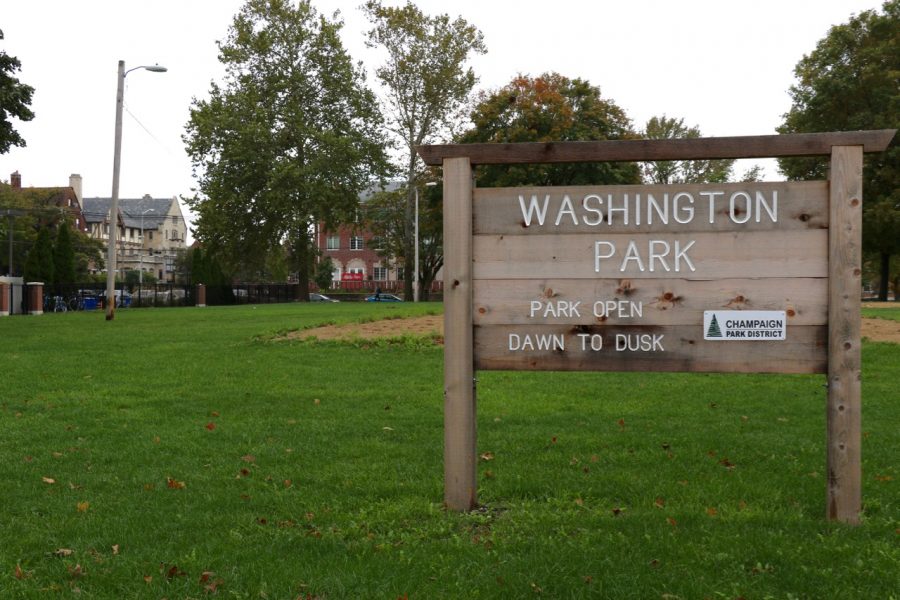 Washington Park, often referred to as Frat Park for the high number

As rushing for Greek organizations draws to a close and new members are welcomed, the Interfraternity Council said it has a tight grip on the prevention of hazing at the University.

Ross Bessinger, vice president of public relations for the IFC, said they have not had any problems with hazing during the council’s 2017 term.

“I’d say we have a pretty good control over it,” Bessinger said. “I don’t foresee it being a problem.”

However, according to a 2013 survey of University of Illinois students conducted by the University of Maine, 28.1 percent of students belonging to a fraternity or sorority have reported being hazed by their organization. The report has not been updated in the past four years.

Jonathan Drougas, freshman in Engineering, remembers how his experience while rushing a fraternity changed abruptly once he began initiation.

“They had us drink a lot and go on these weird scavenger hunts and steal stuff,” he said. “I remember they wanted us to steal something impressive.”

“I think there was a situation freshman year where there was a lot of forced drinking and stuff like that which can be dangerous,” she said.

Caitlyn Schneeman, junior in Social Work, said she heard of people being forced to walk around in their underwear and drink a lot as well.

“I definitely could see it getting out of hand,” she said. “I could see a situation happening here as it did at other colleges, how if someone drinks too much and gets alcohol poisoning and dies.”

A highly publicized incident of hazing occurred in February, when Tim Piazza, a pledge at a Penn State University fraternity, died after suffering multiple brain injuries and a ruptured spleen during a drunken hazing ritual at the Beta Theta Phi house. The incident made national news and sparked outrage over fraternity members’ actions and caused closer scrutiny of hazing practices on college campuses.

“Hazing to an organization is poison,” said David Kessler, president of the IFC. “It’s a virus, it’s a disease and it’ll eventually kill its host.”

The University has not seen a high profile hazing incident in almost 30 years; something Kessler attributes to prevention strategies implemented by the IFC and University administration.

“We’ve been able to do a great deal of prevention through our new member educators through workshops we put on and we also closely monitor each member chapter’s new member process,” Kessler said.  “They submit the whole thing to us and we review it. It’s very transparent.”

Despite the workshops, transparency and the values espoused by the IFC, students continue to hear and experience stories of forced or excessive drinking and humiliating activities undergone by pledges.

The same survey done by the University of Maine revealed that 7.9 percent of male students in student organizations had to attend a skit night or roast where other members were humiliated, 7.3 percent were screamed at and 13.9 percent participated in one or more drinking games.

“I’ve heard from a few of my friends who are in frats that there are some bad things that some of them do,” said Carmen Vangalis, sophomore in ACES. “It’s mostly just with alcohol.”

Drougas, who is no longer a member of a fraternity, said he felt misled by his former brothers, who emphasized integrity during recruitment and proceeded to lead pledges through hazing rituals during initiation that involved both theft and heavy drinking.

“We’re not about to put cameras in every single house; our goal is not to be George Orwell’s ‘1984’ Big Brother,” Kessler said. “We want to have oversight, and we want to make sure things are happening safely, but there gets to be a point where there’s only so much more we can do.”