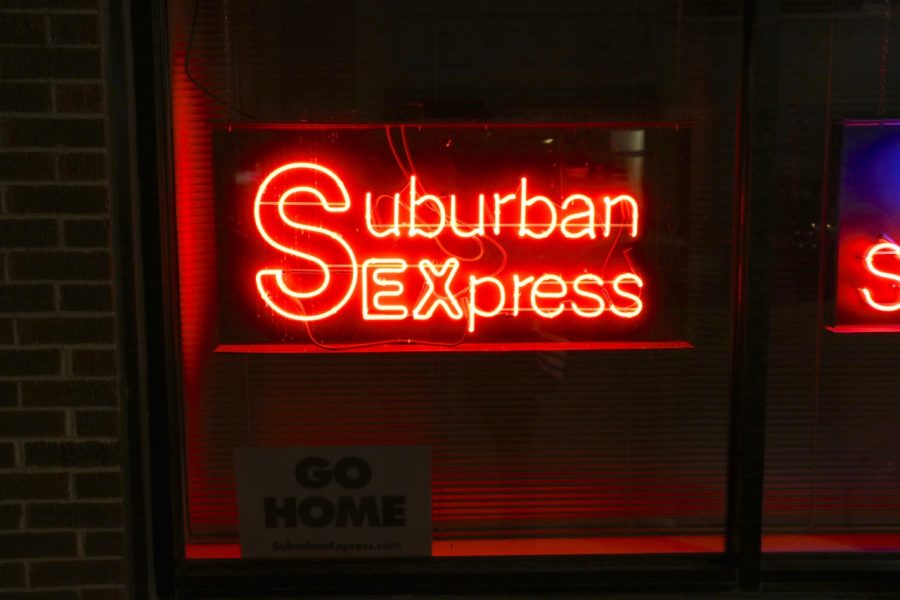 Transit company Suburban Express has a page on its website entitled “Page of Shame.” Personal information of certain customers is listed, including their name, email, phone number and address. Entries on the list date as early as 2009.

The web page says, “think of this as a review site, where we review what we consider to be bad customers.”

The “Page of Shame” is divided into three sections: “dishonored payments,” “fare cheaters,” and “banned,” with each division having infringed on a different policy of Suburban Express or having been found guilty of conduct of which the company disapproves.

According to the Chicago Tribune, in 2013, the company’s owner Dennis Toeppen filed over 120 lawsuits against students for various violations of his company’s policy. However, charges were later dropped.

Kevin Thompson, sophomore in Engineering, said he chose to take Suburban Express back to his home in the suburbs despite what he heard about the company.

“I knew that they had bad records and sued students and stuff. I didn’t think that I’d have a problem with it, so I just bought tickets anyway,” he said.

Thompson said he had no trouble on the bus ride to his home, but, as he was trying to board the bus to return to the University, he found he had bought a ticket for the next weekend.

Instead of saying that he could not ride, Thompson said that the overseers of the bus discussed the situation and decided to allow him to ride.

“They ended up saying we’re not going to kick you off, just don’t tell anyone we let you sit,” he said.

Despite being allowed to ride the bus, Thompson is now labeled a “fare cheater” by the company. A “fare cheater,” as described by the “Page of Shame,” is anyone who alters a ticket or “tries to cheat us by passing off a cheap ticket for an expensive ride.”

Mick Wright, senior in ACES, is listed under “dishonored payments” after an incident that happened his freshman year at the University.

Wright said he did not experience any difficulties the first time he rode with Suburban Express, but, as he tried to board the bus on his second trip, he was told that he was no longer able to use the company.

In the process of buying the ticket for his first trip, Wright said he noticed he had clicked the wrong destination. He was not completely through the checkout process, so he said he went back to change the destination before paying for and printing out the correct ticket.

Wright said he found out his mother’s credit card was charged for two tickets, presumably the correct and incorrect tickets. His mother canceled the payment for the incorrect ticket, and this action is what Wright says caused him to be on the list.

All parties said they received a letter from Suburban Express a few weeks after their experience with the company.

In Wright’s case, he said he sent a letter of complaint to the company and received a reply two months later.

“I was not the most polite in my letter to them, but their letter was ridiculous. They addressed it calling me a ‘scumbag,’” he said. “They threatened to push criminal charges against me. It was really weird.”

Thompson said he received a letter that asked him to pay a fine.

“They sent a letter to my house in the suburbs saying that I had broken their rules and fined me $50. They said if I did not pay them they would sue me in Ford County,” he said.

Thompson said that he chose to pay the fine because he thought it would get his information off the website and did not want to risk legal involvement.

When a customer agrees to Suburban Express’s terms and conditions, they agree “that no refunds will be given for duplicate or incorrect reservations.” They also say that if the company refuses a customer’s future business they will receive no advance notice and the “driver will simply turn you away at the bus.”

Nowhere in Suburban Express’s terms and conditions does the customer forfeit their personal information to be posted on the company’s “Page of Shame” if they are found in violation of the company’s conditions.

Two attempts to reach Suburban Express did not result in a comment on the “Page of Shame.”

Faye Jones, University professor of law, said there are several things students can do if the company posts something “suggesting they are a financial deadbeat or that they engaged in any kind of bad conduct on the bus.”

One option she said is students could sue Toeppen for defamation. She said, in this case, it “may be in the per se category where actual damages do not have to be proven.”

They could also ask police to arrest him for a violation of Illinois’ harassment through electronic communication act.

Neither Wright nor Thompson ended up pursuing legal action against Suburban Express.

“For some random person to just buy a bus ticket, stumble on the page and see my name in a bad light, that doesn’t feel good,” Wright said.

Correction: An earlier version of this article inaccurately stated the number of times the reporter reached out for comment. It was two attempts, not several, and the attempts did not result in a comment. The Daily Illini regrets the error.