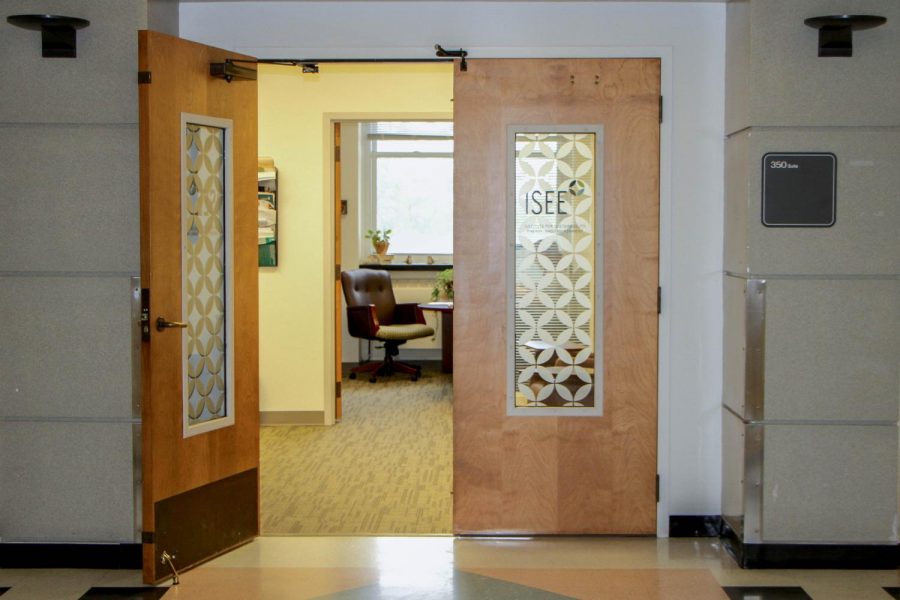 ISEE is located in the National Soyabean Research Laboratory, in Suite 350.

On Sept. 29, 35 volunteers came together to turn off lights around campus to preserve energy.

Campus sustainability interns at the Institute for Sustainability, Energy, and Environment organized Illini Lights Out, which involved going to buildings around the Main Quad and turning off the lights.

This initiative started in fall 2016 and was headed by Sustainability Working Advisory Teams for energy conservation. It was later delegated to campus sustainability interns, Claire Kredens and Vince Spagnola, both juniors in LAS. Kredens and Spagnola reached out to past participants and spread the word around campus about the event.

The interns are also in charge of outreach to enforce the Illinois Climate Action Plan. iCAP committed the campus to carbon neutrality by the year 2050. Last year, 26.6 tons of carbon dioxide and $3,400 in energy bills were saved at the end of all the Illini Lights Out events, according to the Institute.

Lights were turned off at the Foreign Languages Building, Lincoln Hall, the English Building, Gregory Hall, Davenport, Noyes, Chem Annex, Business Instructional Facility and several others. A couple volunteers were assigned to each building, and after their task was completed, they came back to the FLB for pizza.

The goal of this endeavor is to promote awareness that students may turn off lights in empty rooms to conserve energy in an effort to reduce the University’s carbon footprint.

“It’s like a ripple effect. It starts out small, but once more and more people catch on, it will create a really large effect,” Kredens said.

Spagnola said he believes the Illini Lights Out events lead to a great amount of power saved. The event is hosted on Fridays, thus the lights stay off for the entirety of the weekend. On Sept. 29, a total of around 300 lights were turned off.

Jack Moore, junior in LAS, enjoys the hands-on experience Illini Lights Out provides. He said it is a small action that many people are not aware they can do.

The next session is on Oct. 20 before Sustainability Week which aims to promote more sustainable and energy-conserving practices.

“Everything you can do in the future is going to be based on what’s left in the environment,” Moore said.

Spagnola said he believes that local communities, campuses and states should take the initiative to help the environment.

“We are part of the environment,” he said. “If we don’t save it, then we’re not saving  ourselves either.”