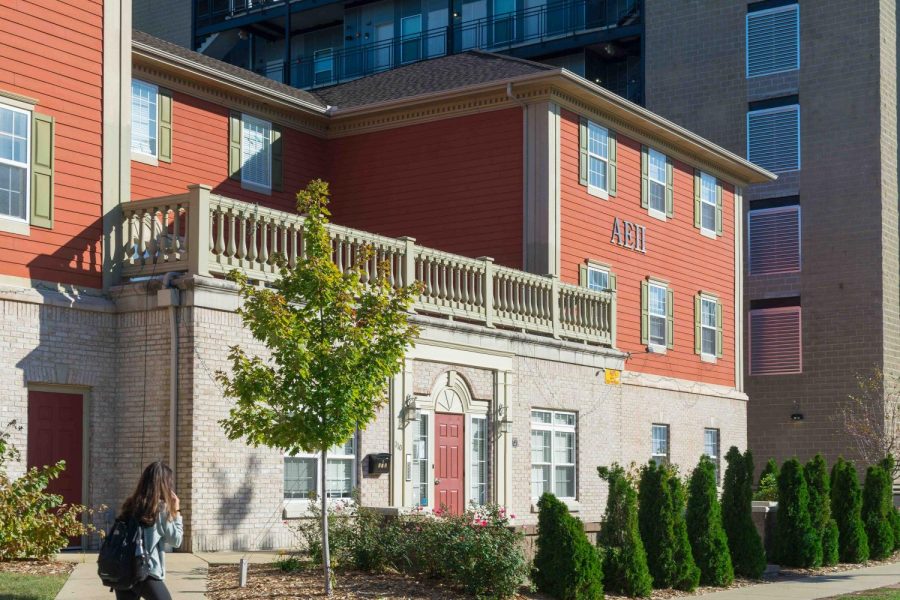 Fraternities on campus are actively working to ensure their members are receiving the proper resources they need to succeed academically, leading to better job prospects.

The overall grade point average of college fraternity members suffers by 0.25 points by joining, yet their post-graduate incomes rise by 36 percent, according to a recent study.

This statistic was published by two economists from Union College in Schenectady, New York in their research paper titled, “Social Animal House: The Economic and Academic Consequences of Fraternity Membership.”

The study surveyed almost 4,000 college graduates with full-time jobs and factored in variables such as age, gender and ethnicity.

The results concluded that while GPAs may suffer slightly, fraternity membership produces large gains in social capital. There are more opportunities for networking, and many fraternities also provide academic support alongside the social connections that have the potential to last for several years.

Joe Pinsky, sophomore in Business and secretary of the University Delta chapter of Alpha Epsilon Pi, said they incentivize their members to have a higher GPA.

“We have an incentive system in place so that individuals who get above their major’s GPA then receive points that are allocated to various benefits in the house,” he said.

Pinsky said that while Alpha Epsilon Pi is an active social fraternity, they still provide academic support and structure, including study hours for new members.

According to University spring 2017 grade reports, Alpha Epsilon Pi has the highest average GPA among its members, at a 3.55.

Nathaniel Stoll, junior in Engineering and president of Beta Sigma Psi, said his fraternity requires a minimum cumulative GPA of 2.7 to even pledge. To be an active member of the fraternity, they also require a specific GPA standard.

According to grade reports, Beta Sigma Psi comes in fourth, with an average GPA of 3.33.

Stoll said Beta Sigma Psi has a system in place where members have two grade checks per semester. An academic chairman sits down with all of the members in the chapter and talks to them to see how their semester is going.

“(We have) periodic updates throughout the semester to try to see how the guys are doing, and if they need help, to make sure that we get to them,” he said.

Stoll also said this fraternity is unique in the fact that they allow freshmen to live in their house.

“We take that pretty seriously, and we try to make that a really good opportunity for them to learn from older guys about maybe the classes that they’re taking that we can help them out with, or with job searches, career fairs, etc.,” he said.

With respect to jobs, many fraternities offer members opportunities to connect with alumni, build their resumes and career advising.

“We do have an active alumni network … We have a LinkedIn page which we get all of our members to follow … Beyond that, we do have resume critiques that go on,” Pinsky said. “We have certain brothers in the house who are very good at looking over resumes, trying to figure out what your talents are and trying to emphasize them through your resume, cover letter, etc.”

Stoll said  he went to freshmen rooms a couple days prior to the Engineering Career Fair and gave members tips on how to present themselves, what kind of impression they want to give off, what they should do and what the career fair is all about.

Stephen Lee, director of advocacy and outreach for Phi Kappa Theta, said the opportunity to hold elected positions in leadership within chapters of Phi Kappa Theta across the country shows experience and positive qualities on a resume that can’t necessarily be found elsewhere.

“Experience in the fraternity often is helpful in job interviews, especially for new graduates who might not have an extensive job experience,” he said. “Chapters often hold workshops to train members in resume building and interview best practices.”

As a result of all the training and networking fraternities provide for their members, individuals are more likely to be more prepared for interviews and have higher prospects of getting a job.

“Just getting in a fraternity is a big deal, and it can kind of be a major advantage if members make it that way,” Stoll said.