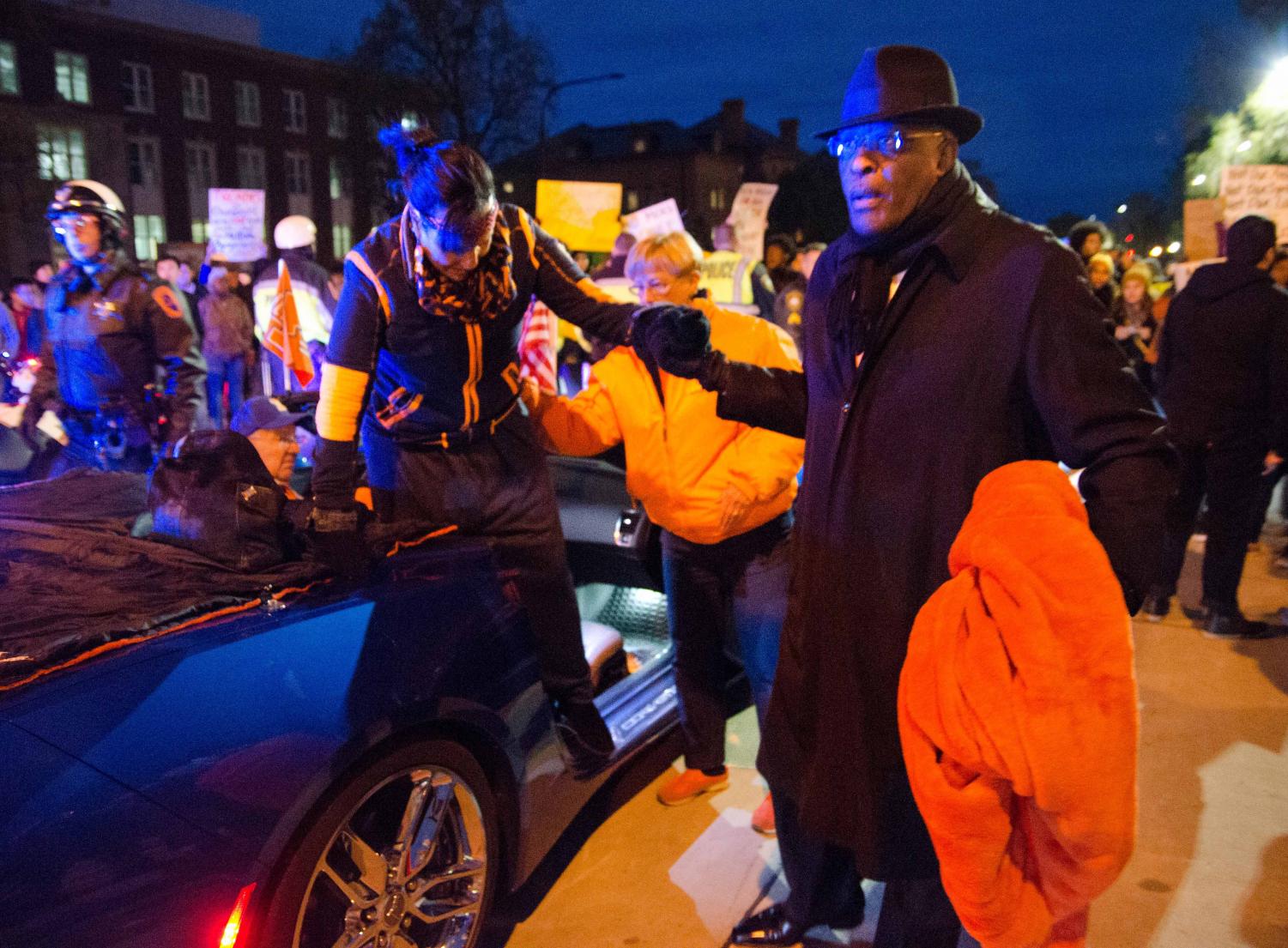 Chancellor Robert Jones helps Dr. Lynn Hassan Jones exit their car due to the 2017 Homecoming Parade being blocked by an anti-Chief Illiniwek protest on Friday. Earlier this week, following a meeting with alumni, students with indigenous backgrounds and Native American House staff, Illinois Student Government sent out information that it would be boycotting the parade. 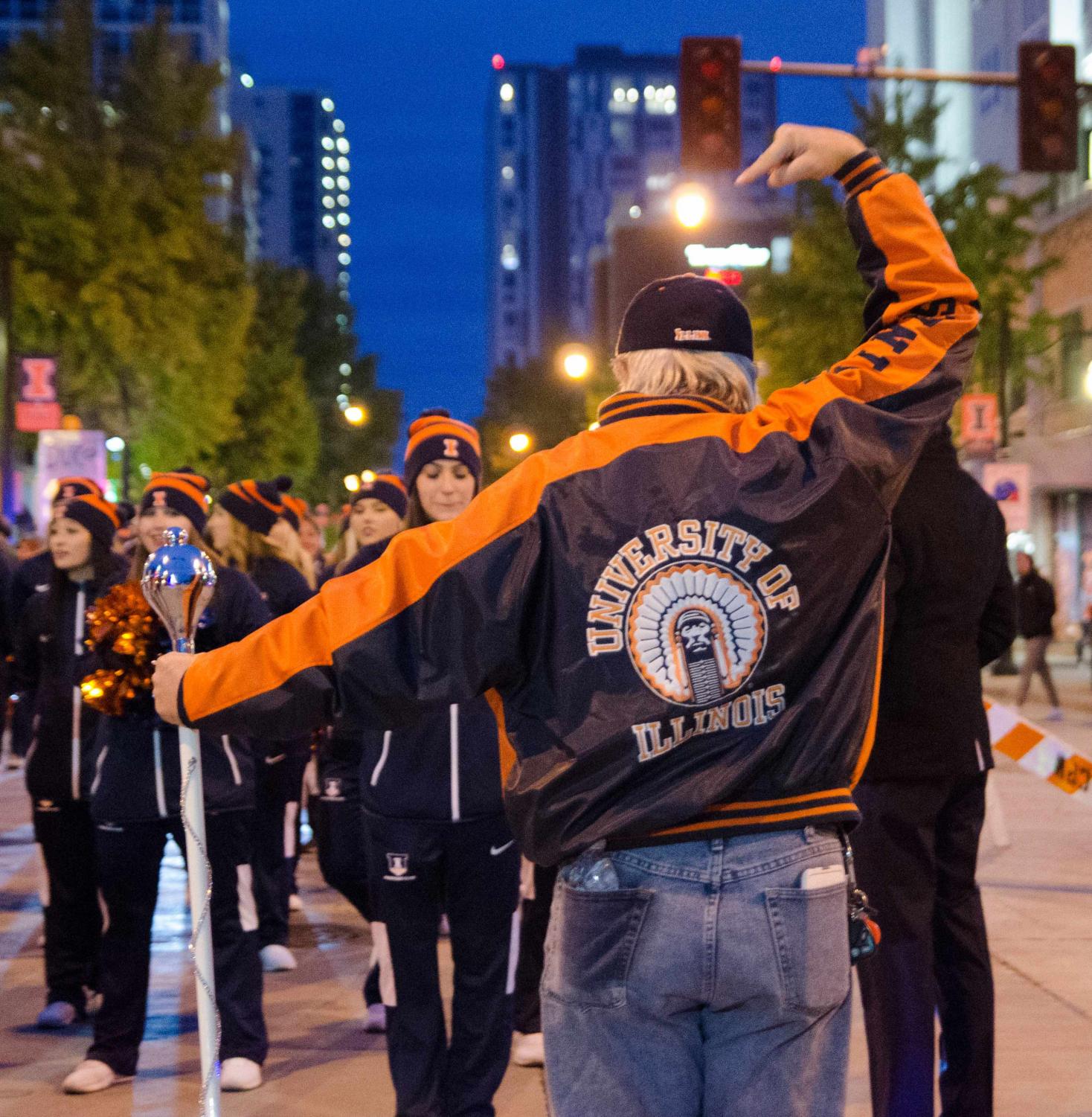 A protest was organized by Illinois Student Government and caused disruptions in the 2017 Homecoming Parade on Friday. The parade was stopped by a line of protesters at the corner of Wright and Green Streets. 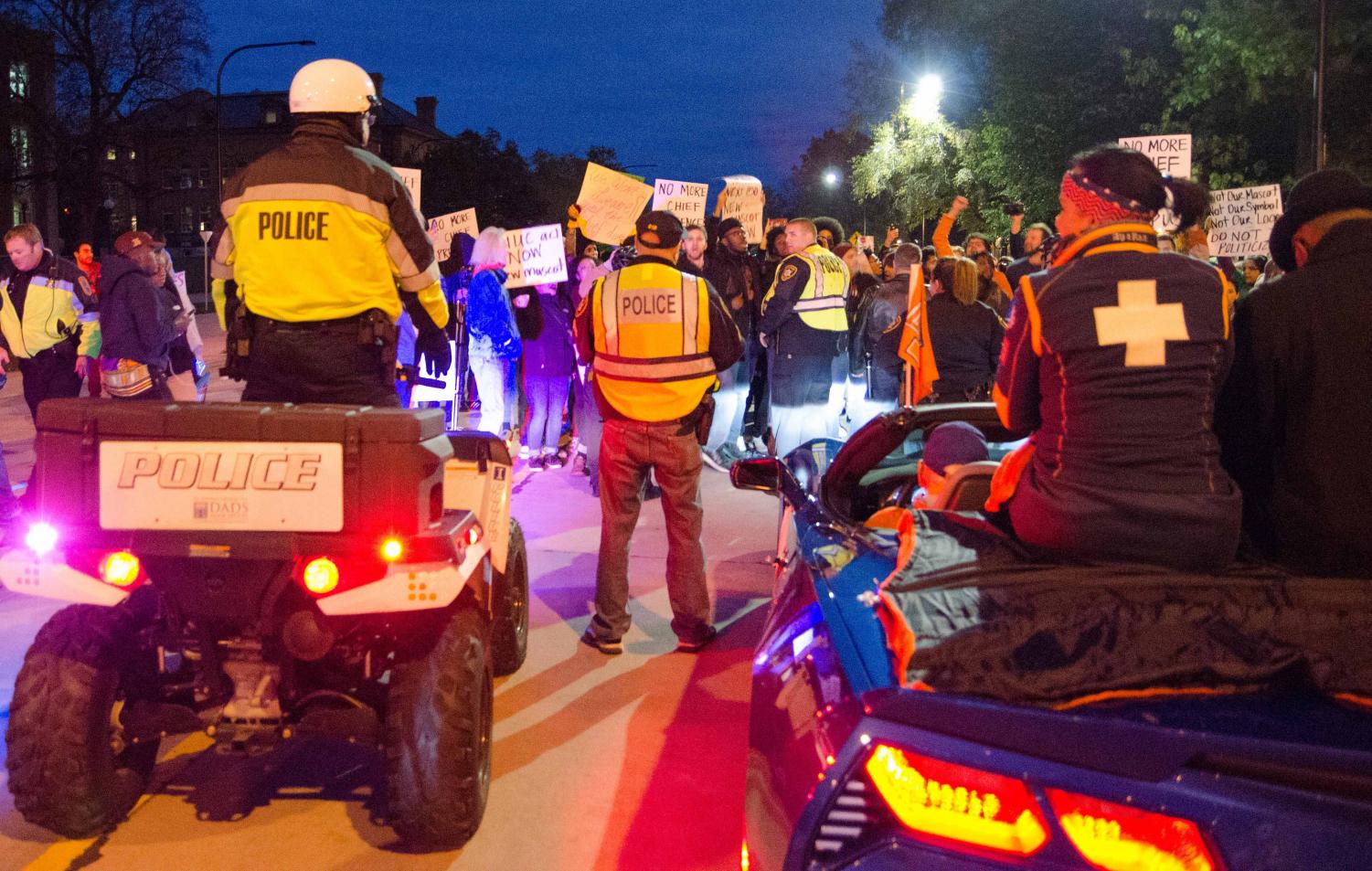 University police officers separate Chancellor Robert Jones and Dr. Lynn Hassan Jones from anti-Chief Illiniwek protesters, who chanted “not our mascot” and held signs demanding “no more Chief” and a new mascot for the next 150 years. 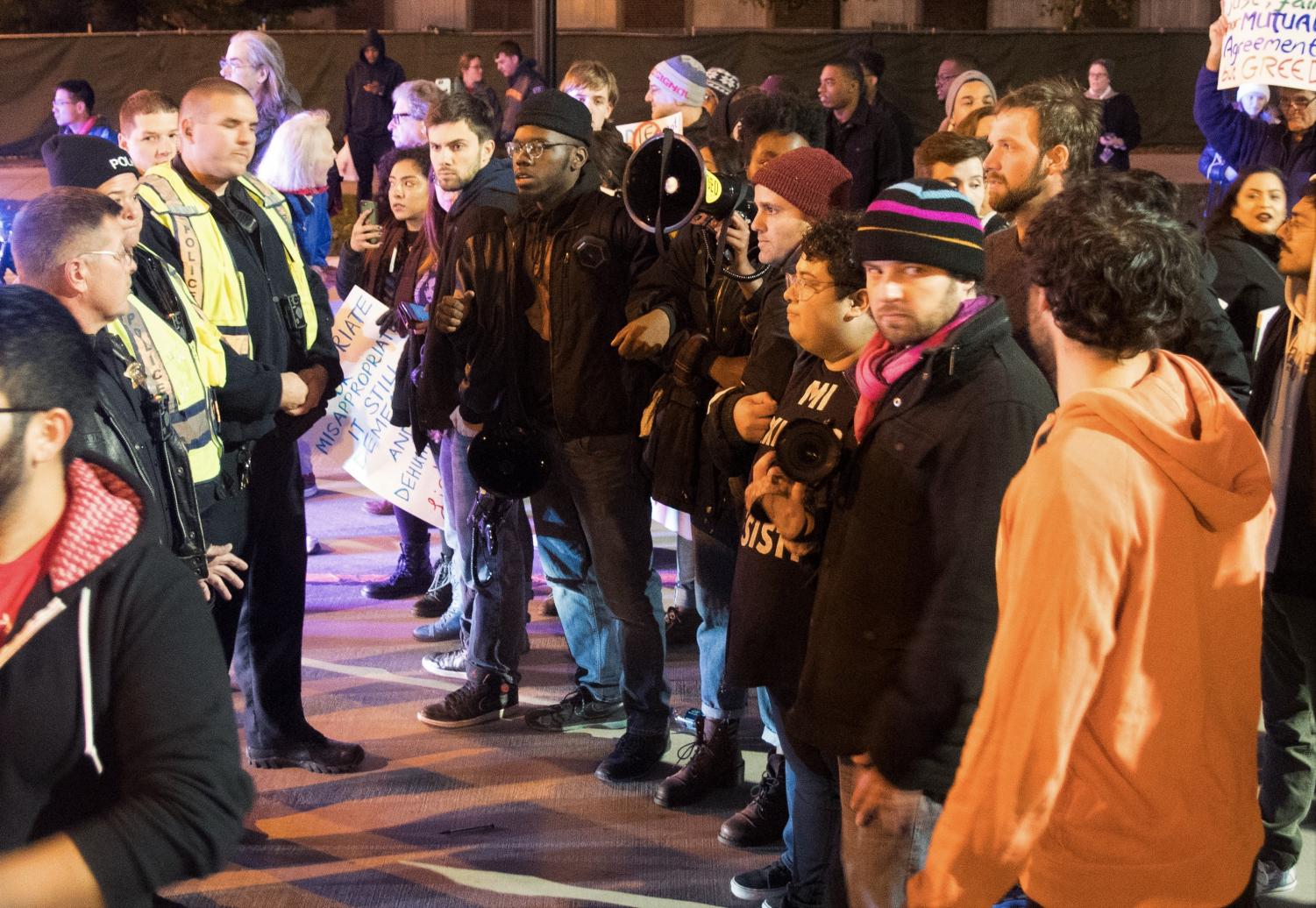 Anti-Chief Illiniwek protesters faced University police officers on the corner of Wright and Green streets after forming a blockade. The protest was organized by Illinois Student Government and included other student organizations.