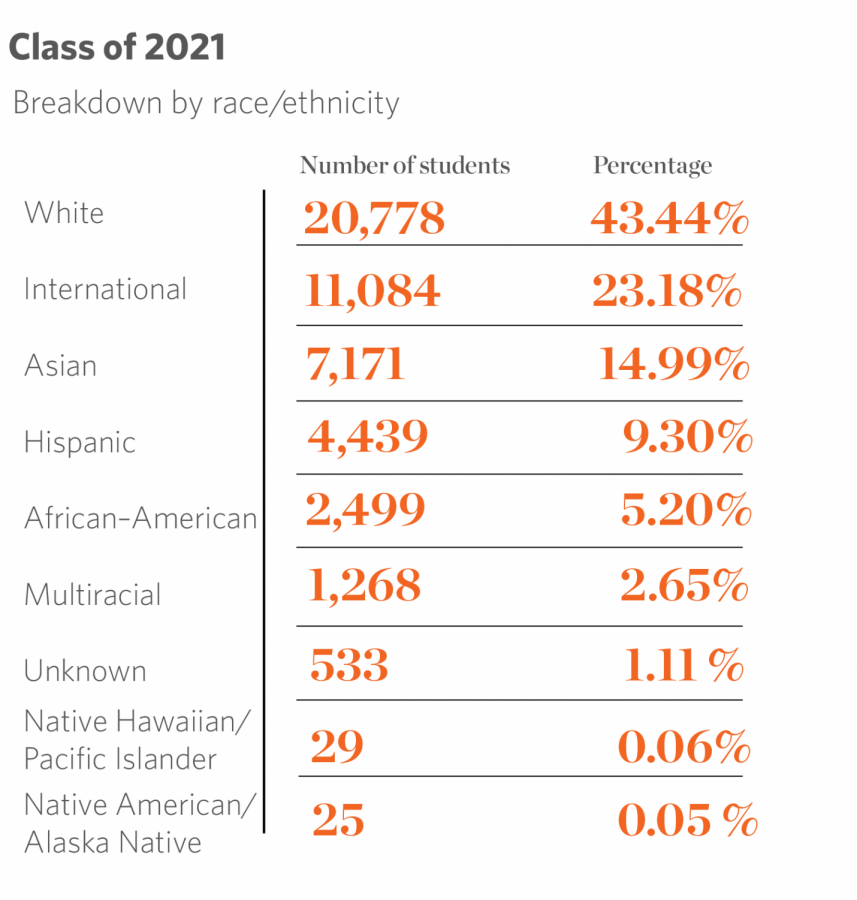 Although the University has yet to make an official announcement, plans for a restructuring of the University’s diversity initiative are well underway.

Wendy Heller, the chair of the Diversity Realized At Illinois by Visioning Excellence committee, said: “A primary goal of restructuring is to appoint and empower an administrator at the level of the chancellor, what we call a chief diversity officer, to have oversight and the capacity to implement and coordinate programs, so that the right hand knows what the left hand is doing.”

The University is currently reviewing candidates for the position.

In addition to the creation of the vice chancellor position, the report pointed to a lack of communication and an overlap in responsibilities among the various diversity committees.

“There’ve been many dedicated people at the University working for diversity, but it’s been less coordinated than it really should be,” Heller said.

Johnson said there will be a formation of some new positions, as well as the formation of entirely new committees.

“We don’t really know what the final structure will look like yet,” he said.

Until the revitalization process unfolds, Johnson plans to do his best in taking care of existing issues with diversity on campus.

“We’ve been working on it for the last few years, but we have a long ways to go in enhancing the climate and enhancing diversity in the college and throughout campus,” he said.

At the University, Heller has helped implement a mandatory computer module and workshops to help address implicit bias among search committees. There is also a postdoctoral program that functions as a pipeline to a faculty position for high-achieving women and members of underrepresented groups in academia.

“I would hope that Illinois would become a model institution and set a new standard for the land grant university on state of the art strategies and successes at increasing diversity at all levels,” Heller said.

With over $60 million spent per year on diversity efforts, most of the funds are directed toward scholarships for diverse students. The report also pointed to uncertainty over how priorities were established and how outcomes were assessed.

Johnson points to the massive size of the University as a challenge when addressing concerns of diversity.

In addition to grappling with the size of the campus body as a whole, even the diversity issues within the College of Engineering fluctuate among departments.

“We’ve got lots of different disciplines that have their own issues and their own needs,” Johnson said. “In engineering, when we talk about diversity issues, one of the things that’s definitely important is underrepresentation in terms of gender, but that’s not an issue in other units around campus.”

To respond to these challenges, Johnson stresses the seriousness of admitting and hiring diverse students and faculty.

“Having a faculty that is representative of the student body we aspire to have is really important because it hopefully provides better mentorship and advising to our students,” Johnson said.