Students with invisible disabilities call for academic and social accommodation 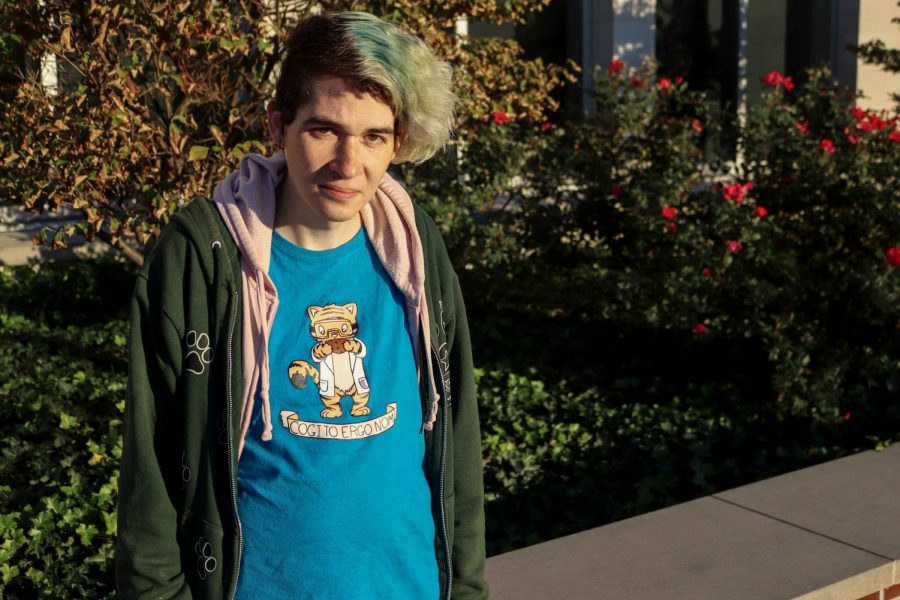 While the University’s accessibility for physical disabilities can be under the constant inspection of the student body, the accommodations for invisible disabilities are usually out of the public view.

Draga Cairone, senior in LAS who goes by the pronoun “they”, has been diagnosed with autism spectrum disorder, which is a cognitive disorder that affects the ability to recognize body languages, to socialize properly and to keep up with the nuances of language and learning.

Cairone also has prosopagnosia, also known as face-blindness, which means it is hard for them to memorize people’s faces. However, it is not recognized by the school because Cairone does not have it diagnosed.

“I’ve provided the diagnostic test results required for diagnosis by the World Health Organization, which disability services are supposed to accept, but DRES denied,” they said in a follow-up message.

Jonathan Thomas-Stagg, school psychologist and licensed clinical psychologist at DRES, said DRES serves any student who has a diagnosed disability. If the condition has an impact on how a student is doing in school, and the student can provide appropriate documentation, then the student can register with DRES.

“A diagnosis in of itself doesn’t necessarily mean you have a disability,” he said. “It does have to be a legitimate diagnosis, and it does have to have some impact on a student’s educational performance or academic performance in order to rise to that level of disability that a student can register with DRES.”

Thomas-Stagg said DRES has the resources to provide screening and diagnosis, and many students go through the screening process every year.

However, not everyone has a positive experience with the diagnosis process at DRES.

Miguel Torres, senior in Engineering, said in an email he struggles with depression and anxiety. He also suspects he has dyslexia, which he tried to diagnose through DRES.

Torres said he originally contacted DRES at the beginning of August to get screened. He finally got to a meeting in early September and heard back from DRES in October.

“They finally got back to me telling me that they believe my issues are ‘mood related’ and don’t see testing to be necessary,” he said. “ After communicating with them again, via email, I was able to convince them to see me for a neuropsychological screening set up for November.”

According to Torres, there has yet to be any accommodation in place.

“Accommodations are really based on what the student needs,” he said. “There are several accommodations that are pretty typical. Otherwise, accommodations can be really specifically related to a person’s disabilities.”

DRES also has a lot of partnerships on campus, such as University Housing, Counseling Center, Mckinley Health Center etc., Thomas-Stagg said. They are also working with the different colleges.

“A lot of times our work with other is when there’s a student with specific needs, and that opens up a conversation or discussion about that student, but sometimes it’s in a more proactive kind of ways,” he said.

However, according to Torres, his experience with the majority of the ECE department and faculty has been “terrible.”

“I have been treated like a nuisance for not being able to keep up with the rest of the class when seeking help from professors and TA’s,” he said. “It seems that there is a huge lack of empathy for struggling students.”

Torres said being aware of invisible disabilities is essential in education, because they become barriers that seem impossible to overcome when they are overlooked. Being able to acknowledge or detect a learning disability makes a tremendous difference to a struggling student.

“For most of my life, I was unaware that my difficulty absorbing information was not the typical experience,” he said. “I began to believe that the subjects that I love were just out of my league. This has taken a toll on my self confidence and mental stability.”

Cairone said the University only has academic accommodations, not disciplinary ones. They said the school doesn’t have the resources to accommodate to autistic students not being able to recognize body language.

However, Thomas-Stagg said DRES did a series of training with University Housing on autism spectrum disorder a couple of years ago.

“The social and interactive experience is really important to a person’s academic situation as well,” Cairone said. “So I think since they’re not compensating for that side it’s sort of like not compensating academically.”

Cairone said they haven’t heard of any support groups specifically for students with invisible disabilities.

“I haven’t really looked into it, just because I’ve been sort of scared to be part of that group, but it’s definitely not common knowledge,” they said. “I have a fair amount of autistic friends and friends with face blindness, I haven’t heard about any support groups.”

“People are sometimes hesitant to get registered with DRES, because of stigma, whether it’s real stigma or perceived stigma,” Thomas-Stagg said. “Students will sometimes, unfortunately, believe that my disability, because of non-visible, is not a real disability, compared to a disability that you can see.”

However, Thomas-Stagg said students usually express relief when they find out resources and support are available through DRES.

“There definitely needs to be more training for staff all over the school. For people with invisible disabilities, there needs to be more communication,” they said. “People just need to be more patient, and accepting of other limitations when others tell people about limitations.”