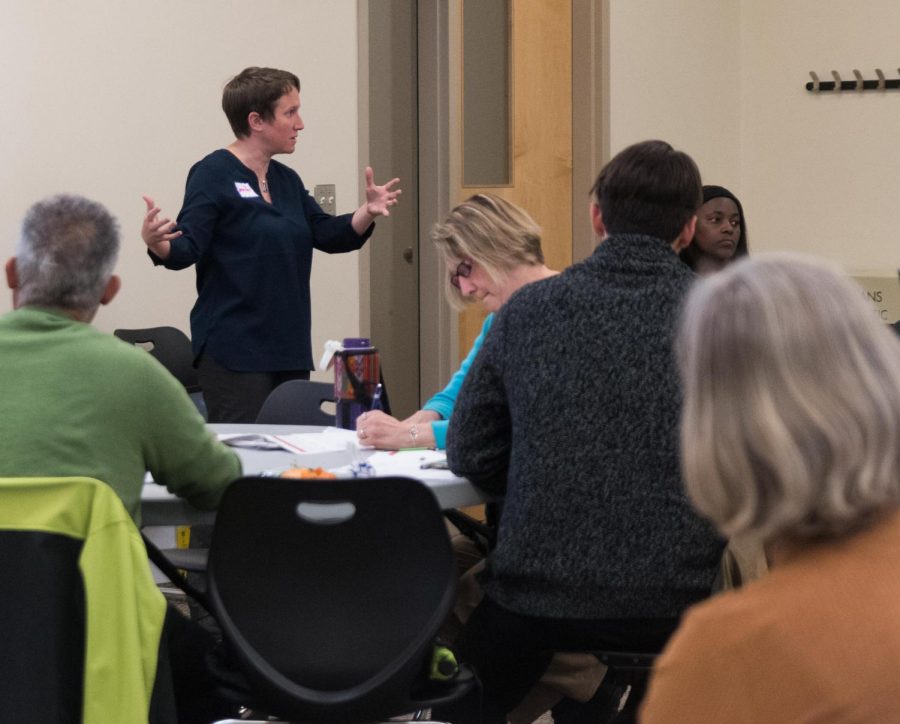 The Racial Justice Allies and Advocates Training was held at the Ike on Friday, Oct. 27.

Racial Justice Allies and Advocate training is being used to build up an inclusive defense against racism at the University.

Training is offered throughout the year. Wantland said up to 300 students and faculty members attended the training last year.

“I think it is important that we have space that opens dialogue regarding racism,” Wantland said. “For me it really shows people’s curiosity and interest, and sometimes desperate desire to have this kind of conversation.”

The next training is Nov. 7 from 1-4 p.m. and it is an advanced session. The training schedule is posted on the RJA training website.

Modeled after other ally groups on campus like the LGBT Ally Network, RJA training seeks to bring people of different backgrounds together under a general topic.

“I, myself, as a white man, there are a lot of things I don’t immediately see or know about discrimination of racism because they are not my personal experiences,” Wantland said. “The training allows us to learn from each other and have some dialogues together.”

The training provides people an opportunity to talk about a topic that could hardly be discussed in other settings, he said.

“In community we really struggled to have those conversations,” Wantland said. “Especially for folks of whom those are not their daily engagement. They are not in classes or workspaces that talk about those.”

Ken Salo, lecturer in urban and regional planning, said he thinks the training is done well, as it touches on some serious issues about the more racialized climate and the rise of white nationalists.

“There is a need to step up in response, because there are a lot of people who are uncertain about how to think through,” Salo said. “It is critical for young students to understand the depth of racism and equip themselves to fight racism.”

Samirah Ali, practicum counselor at the Counseling Center, said being a minority herself, she struggles on when to speak out against racial discrimination. And while she is still working on what approach against discrimination is the best, the training makes her feel that her feelings are validated.

As helpful as the training is to Ali, she said she doesn’t think the training is well-known to students, as she knows about the program only because her colleague sent her an email about it.

“I think we should do what we can when we can with the resources available. But we also demand more resources,” Salo said. “We should use forums like this to advertise for broader opportunities.”

Besides the scheduled training times, training is also available by request for student organizations and University units. Wantland said the training would continue to evolve over time as it addresses the unique challenge of racism.

The success of the training does not count on the sheer number of attendance, Wantland said. He said that what is important is how the participants would apply the training in their daily life.

“We as individuals might not have a lot of influence over large-scale policies or cultural patterns that exist in the society,” Wantland said, “but what we constantly say is what we allow into the space we are in, and how we can challenge and support within the spaces. It is important that we have opportunity to give our community its spirit.”