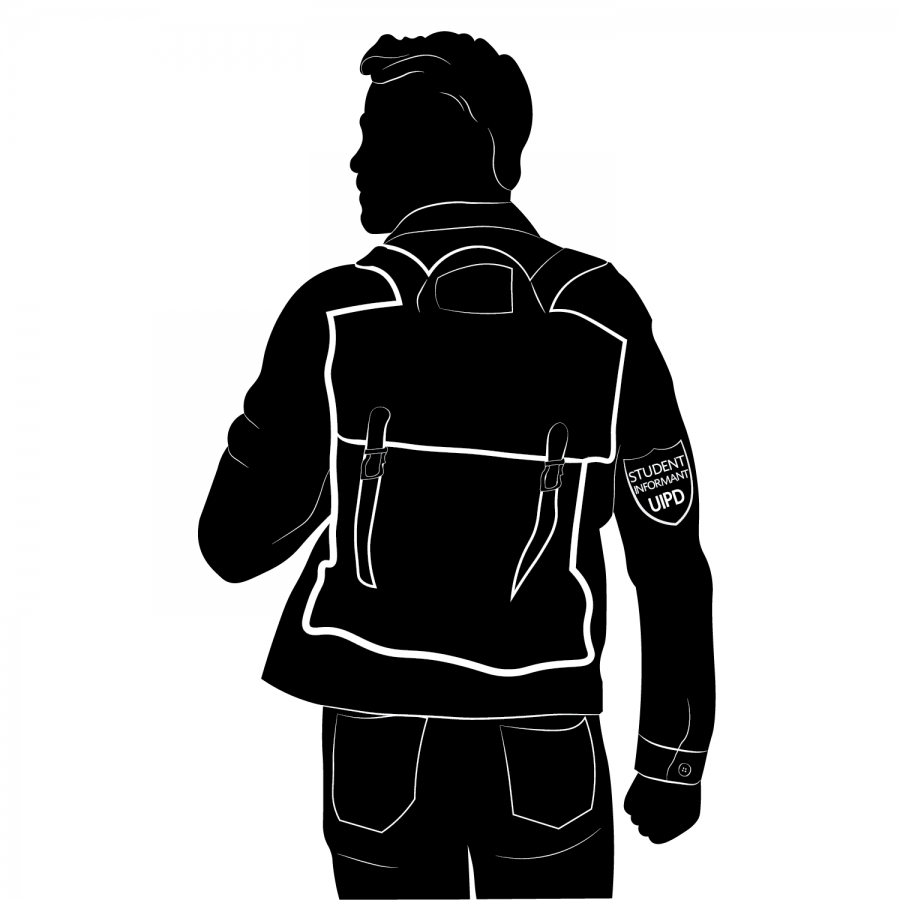 Students are working with the University of Illinois Police Department in solving drug-related crimes as confidential informants.

Joseph McCullough, commander of narcotics and street crime units at UIPD, said 20 to 30 confidential student informants work with the UIPD per year, and the number has been steady for the past decade.

“Two or three years ago, we had a massive amount of MDMA issues, and we were able to utilize an informant for that, which led to the seizure of several hundred doses of MDMA amongst six or several other drugs,” McCullough said.

McCullough said his philosophy is if there’s involvement of a confidential source, he wants the case done very quickly, and to insert other methods or an undercover officer in the role.

“With myself working undercover in these cases, I’ve seen the other side of this, so I understand that there is a safety element to that. There’s an anonymity that you want to have,” he said. “I don’t want people to know what I’m doing or who I’m working with. We translate that philosophy to any confidential source.”

However, McCullough said the UIPD rarely offers students with minor drug charges an alternative to become a confidential informant.

McCullough said the UIPD is also not actively trying to recruit people, but there’s the perception that students caught up in similar cases are usually strong-armed in becoming a source.

The UIPD is also very transparent about the process and encourages people to talk to their attorneys before making the decision.

McCullough said the UIPD values confidential sources as people and wants to see the best for them, instead of just getting the information and then saying goodbye.

“We want to see them kick the problem that got them into the issue in the first place, so we provide the multifaceted community approach, from counseling to mentor officers to other resources where we do generally see a success story out of these,” McCullough said.

McCullough said if the potential informant has addictive tendencies, the UIPD will not put them out in harm’s way while trying to actively pursue a case because that will expose them to the very thing the UIPD is trying to get them away from.

“That’s a shift in traditional policing,” he said. “Is it worth the case to us to expose somebody to that, to have them go back to their addictions? Absolutely not.”

There is a whole range of ways in which people can cooperate with the police, said Andrew Leipold, professor in the College of Law.

“Some people cooperate with the police because they’re good citizens, and they don’t want drug dealers in their dorm.

Leipold said it is common practice for the police to offer a plea bargain to people who have criminal charges in exchange for information and there are very little legal limits on the process.

McCullough said although students sometimes have negative impressions about working with the police as informants, the UIPD’s intention is to protect the campus.

“We look at drugs that affect the safety of our students, our campus, our community members, and we’re talking about overdoses on heroin, and the ecstasy craze four years ago,” he said. “We’re focusing on the drug trend of the day, and that’s causing the most health risks to the community, and the safety risks.”

According to the Campus Safety Authorities, students can request confidentiality when reporting a crime, so the individual’s name will not appear on the report form.

Although the police can’t force someone into becoming a confidential informant, they can give very strong incentives to do so, Leipold said.

There are also always risks of being found out, and it is often very hard to trace how the confidentiality is compromised in the first place.

“The police have very strong incentives to keep their sources confidential because if they don’t, no one will cooperate with them,” Leipold said, “They have the right incentives, from the defendant’s standpoint, to keep my identity secret.”

McCullough said the UIPD has several backdrops that will maintain the anonymity of the confidential informants, and the only ways that will be compromised are if the person talked about it or if it was court-ordered.

“Our policies, procedures and the way that we do things, everything is the attempt to minimize any risk,” he said.

Correction: A previous version of this article stated that Student Legal Services is in charge of the confidential informant program. The article also misstated how UIPD finds informants. The Daily Illini regrets these errors.