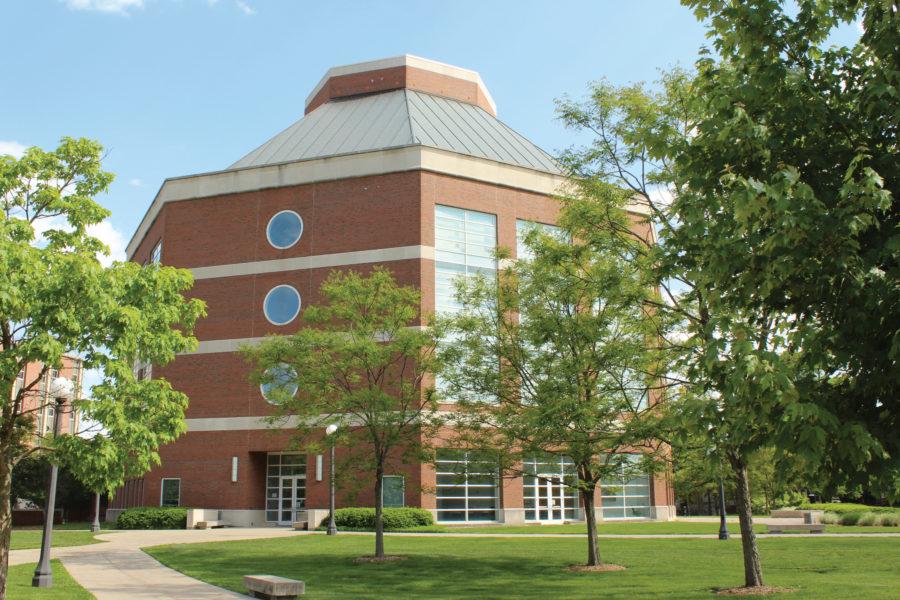 The ACES library is located at 1101 S. Goodwin Ave. in Urbana. The library is hosting a the Plant Sciences Symposium on Friday.

“I was very humbled to hear what my colleagues and former students had to say about my contributions to the profession and their lives personally,” Thieman said in an email.

Theiman said she uses heart rate monitors to obtain information such as respiration, motion and heart rate variability to examine the balance of stress and recovery teachers are experiencing.

This research earned her the award at the North Central AAAE annual conference in September.

“The congratulatory words I have received from colleagues, family and friends, along with the publication of my receipt of the award has really renewed and inspired me to keep pushing in my work,” Theiman said.

Kari Keating, teaching assistant professor in the Agricultural Education Program, was the recipient of the North American College and Teachers of Agriculture Educator Award during NACTA’s annual conference in July. Keating was nominated by Prasanta Kalita, the associate dean for academic programs of ACES.

This award recognized Keating as one of the best educators in the nation for her focus on personal development, which prepares the next generation of leaders in agriculture.

“Agricultural education is a human science. We like to say we are in the people-development side of agriculture.” Keating said in an email. “We examine how people learn and practice leadership.”

Keating said she feels honored and inspired to be among the group of scholars and scientists who are passionate about student learning.

“I encourage all students to make a leadership plan, no matter their major,” she said. “Your efforts and ideas are only as effective as your ability to influence others.”