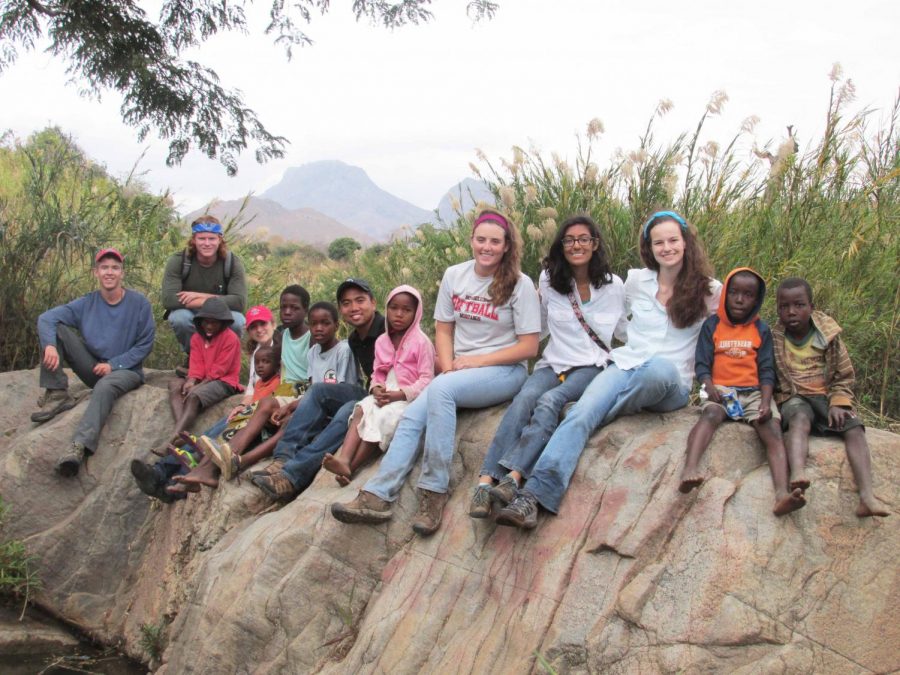 A University RSO is trying to build a bridge across the volatile Lunzu River that runs through the rural community of Chiliweni, Malawi.

Chiliweni is just north of Blantyre, the economic capital of Malawi.

To help, Engineers Without Borders started the Chiliweni Bridges Partnership. They plan to construct a footbridge over the Lunzu river, and make life easier for members of Chiliweni during the rainy season.

Jack Hynes, project lead and senior in Engineering, said in an email that the team has raised several thousand dollars of their $60,000 goal.

On-campus fundraising events and a GoFundMe have been assets to the project. Hynes said their favorite and most successful event so far was the Krispy Kreme fundraiser on the Main Quad. Later this semester, the team will hold a fundraiser at Potbelly and a holiday celebration.

“While we have been pursuing company sponsorships in recent weeks, support from individuals has driven our fundraising up to this point, and the generosity has been amazing,” Hynes said. “The aspect of donating to a project such as this bridge that many don’t realize is the influence a single person has on the project’s completion.”

Hynes visited the community, and he said that most community members use irrigation farming or brick manufacturing for their income, with most families living off $1.25 a day. He remembered the community lacked electricity and a clean water source, and most citizens wore tattered clothes and no shoes.

But Hynes said these people demonstrate why the country is referred to as the “Warm Heart of Africa.”

“Those that we encountered were some of the most welcoming, kindest individuals I had ever met, welcoming us into their homes with open arms and aiding us every step of the way in collecting the necessary assessment data while we were in the community,” Hynes said.

Hynes described the necessity of the bridge for this community. Chilaweni’s rainy season is a six month period from October to March with hazardous flooding. The flooding prevents children from going to school, the injured from seeking medical attention and families from going to work.

“Sadly, (the flooding) has also resulted in the deaths of community members almost every year from crossing when the river is at hazardous conditions,” Hynes said.

The community reached out to the Engineers Without Borders United States chapter, and that application and project made its way to this University’s chapter.

“The Chilaweni bridge project stood out to us as a committee since the immediate implementation of the bridge would benefit and save so many lives,” Hynes said. “Our EWB-UIUC chapter submitted a request to be paired with Chilaweni and after we were accepted, we have been working towards making the bridge a reality.”

The team is working on a steel truss bridge with concrete piers and abutments and preliminary estimates measure the bridge at just over 135 feet in length and 18 feet above ground level.

“Designing a bridge of this size is no small feat, and we are currently working with a structural engineer in the Champaign area on the floor and truss design,” Hynes said.

The team also works with the University’s Civil Engineering department for help. Hynes said the next step for the project is to work with a contractor to set up the construction aspect of the project.

“Despite the magnitude of the bridge, we are confident in our ability to work with mentors towards the completion of the bridge’s design,” Hynes said.

Groundbreaking on the construction of the bridge is set to begin next summer.

“The community has dreamed of a bridge over the Lunzu River for years, as we constantly had individuals coming up to us and shaking our hands exclaiming their thanks and prayers in broken English,” Hynes said. “This bridge means everything to this community.”