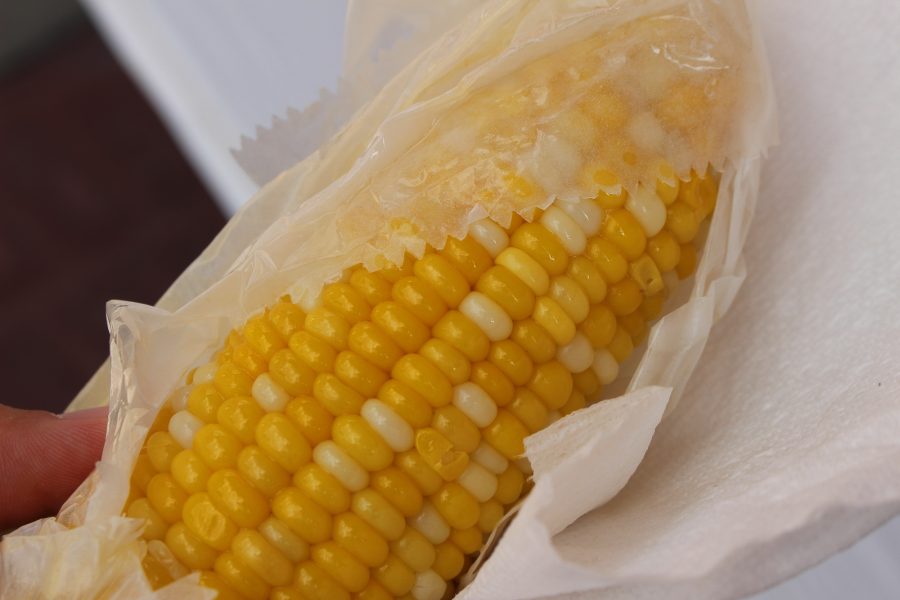 A corn on the cob is unwrapped ready to be eaten at the Urbana Sweetcorn Festival in downtown Urbana on Saturday, Aug. 27

Tony Grift, associate professor in the Department of Agricultural and Biological Engineering, has published a study highlighting a new method for corn kernel analysis.

Partially supported by a grant from the University’s College of Agriculture, Consumer, and Environmental Sciences, the study outlines a more accurate and efficient way to count and assess corn kernels using modern technology.

Grift’s new method allows for automatic analysis of the kernels and provides growers with more information than traditional methods could.

“Imagine being able to determine the nutritional content of each kernel on the cob,” he said. “We would love to expand this idea and work with companies to move on from manual, tedious field measurements to start imaging techniques.”

The new technique involves skewering an ear of corn on a rotating spike, which automatically turns to present each row of kernels to a camera. Photographs are taken, which allow researchers to determine many kernel characteristics, ranging from circumference to area.

The technique relies on proper lighting, with a sole halogen bulb positioned above the rotating corn. Grift said that for the method to work, light is very important.

“Light has to come from everywhere, so we channel the light from the halogen bulb,” he said.

This system is very similar to the Corn Roots Imaging Box, or CRIB, that Bohn and Grift developed 15 years ago.

Grift said the imaging system is portable enough for field measurements; it can be taken apart and put back together in 15 minutes and requires only a laptop to operate.

The methods used in the field currently are semi-automatic, with preparation of the ear, counting the number of rows and placement into the machine being manual. Everything else is automatic.

Regarding future goals for the project, Grift said, “The next step is to not only obtain morphological kernel parameters, but optical parameters for each kernel as well. That would allow us to determine the nutritional content of every kernel, and study how the plant distributes them and for what reason.”

This process would require a more expensive camera, but Grift said this could also be achieved by laser beam scattering.

Grift and his team are hopeful that they will be able to come up with an inexpensive solution to achieve this process.