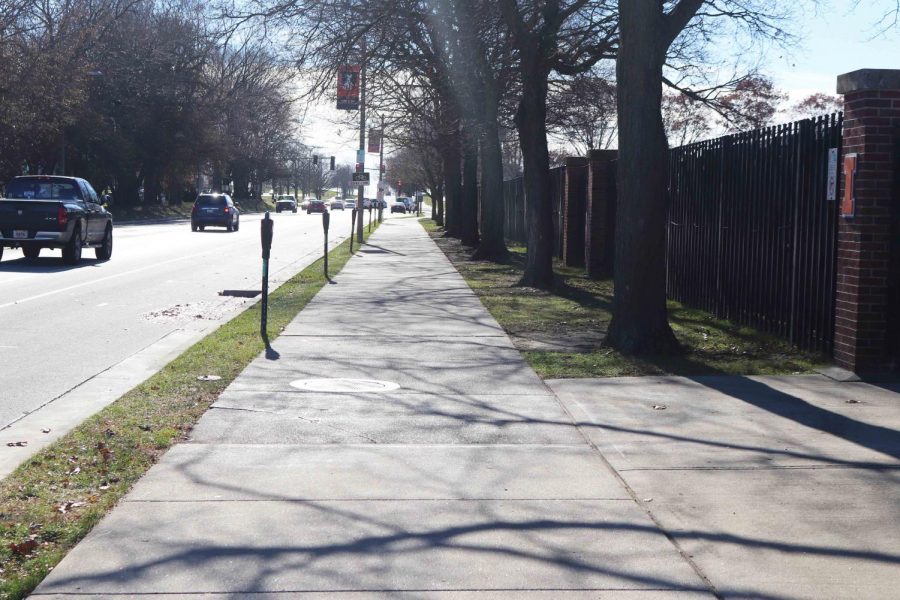 The West Fourth Street sidewalk from Kirby to Peabody will be closed starting Dec. 1. It will remain closed until July 31, 2019.

Starting Dec. 1, the West Fourth Street sidewalk from Kirby to Peabody will be closed until July 31, 2019, due to construction of the Memorial Stadium Football Performance Facility and associated utility work.

Over those months, the Champaign-Urbana Mass Transit District bus stop will be removed and the crosswalks at Pennsylvania Avenue and Fourth Street will be closed.

Delorenzo said she sees no issue with this closure in regard to the other major closed streets on campus, like parts of Green Street, because they are not near each other.

Pedestrian traffic will be directed by a temporary crosswalk north of the cemetery.

The northbound bike lane will be closed to any bicycles so pedestrians can use it as a sidewalk.

“People just need to pay attention whether they’re walking, driving or riding their bikes through the area,” Delorenzo said. “The paths are clearly marked, so they need to follow the right path for safety consideration.”