Among a list of self-identified perks, the company wrote “You won’t feel like you’re in China when you’re on our buses.”

In a follow-up apology email, the company stated it “made a remark based on the fact that our competitor mostly handles Chinese international students.” While it did not state who their competitor is, the bus company Peoria Charter makes stops at the Chicago O’Hare International Airport.

It added it was not intended to be “a slap in the face of all non-caucasians.”

The statement then went on to disapprove of the way the University handles enrollment.

Because the University is a public school, the statement said, it should focus its efforts on providing education to Illinois citizens.

“U of I mismanagement over the past few decades has put them in a financial bind,” the email said. “To solve the problem, it admit large numbers of international students who pay higher tuition.”

This also places a “variety of burdens on domestic students.”

Illini Democrats released a statement shortly after the company’s two emails were sent out.

“We call on the Illinois Attorney General’s office and other relevant authorities to open a legal investigation into this discriminatory advertisement, and we will be following any such investigation closely,” Illini Democrats stated.

Suburban Express is the one presenting a “variety of burdens,” not international students, the statement noted.

Suburban Express did not respond to a request for comment at the time of publication.

What’s your reaction to the Suburban Express email?

Let us know by submitting a Letter to the Editor or commenting below.

Letter to the Editor: Suburban Express doesn’t know how to apologize 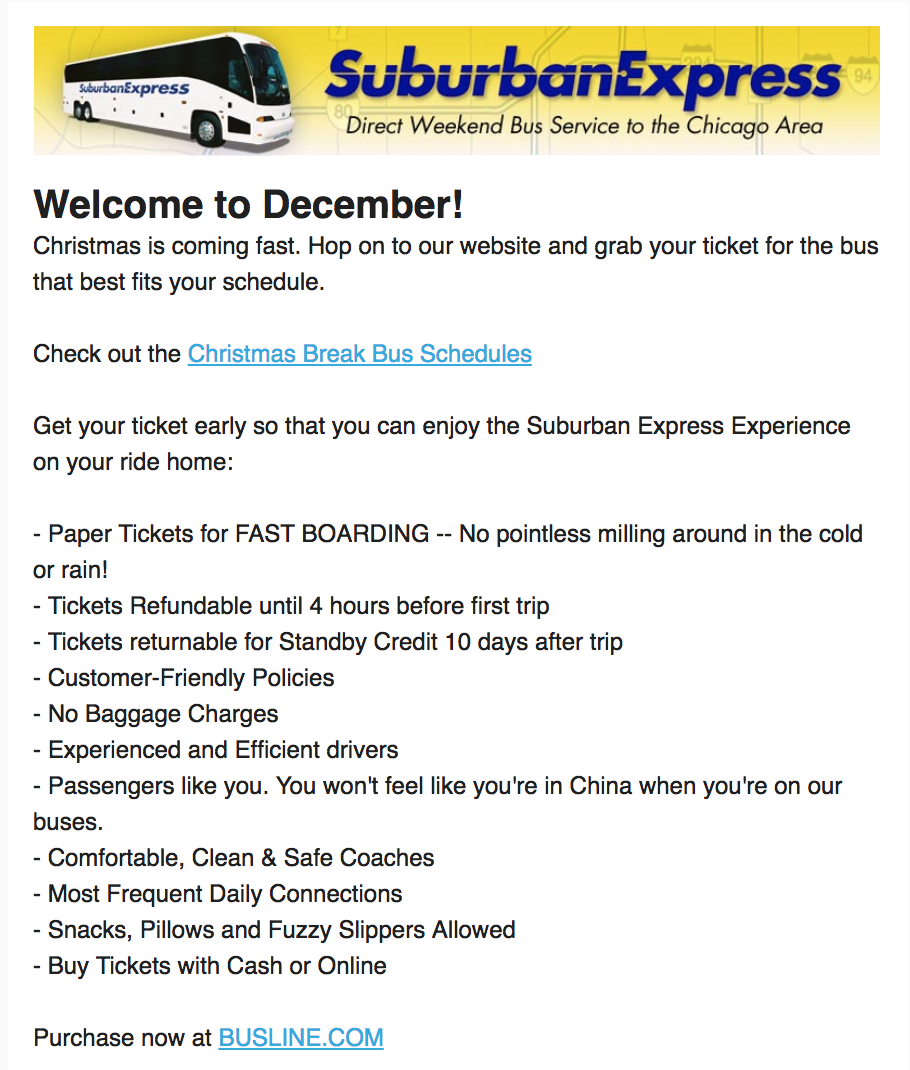 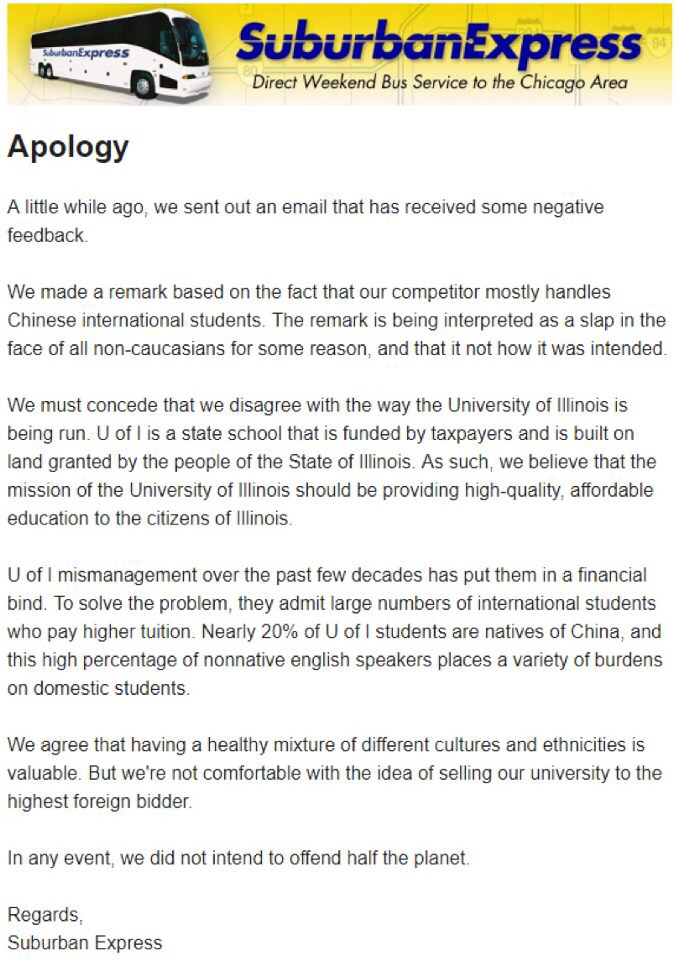